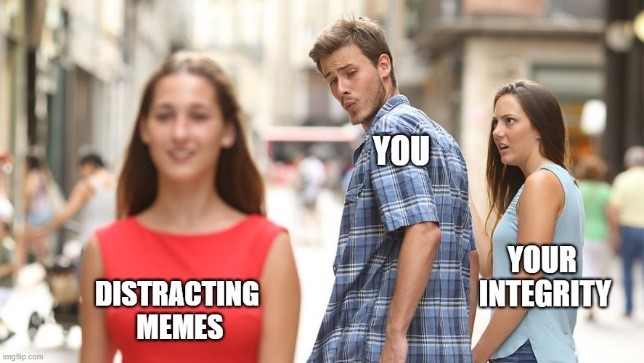 What’s in a Meme?

I am starting to become obsessed with memes.  Their omnipresence is almost overwhelming.  From the easy to understand to the bizarrely obscure, many provide simple amusement.  But others cross the line in a way that is making me increasingly uncomfortable.  With our personnel now openly mocking the organisation they took an oath of allegiance to obey and defend, have we already crossed the Rubicon?  Perhaps I am out of touch, and I just don’t understand.  Perhaps you can help enlighten me?  This article sets out my personal position as a British Army Officer and as someone committed to making our organisation and the lives of our people better.

What is a Meme?

The science of memes (memetics) according to The Selfish Gene by Richard Dawkins is the study of evolutionary cultural information transfer.  On social media a meme is usually an image with some words, like a type of shorthand, which can be rapidly copied and disseminated onwards without context.  A successful meme’s utility is that it captures people’s imagination and is a really simple way to pass on quite complex information or emotion.

But these messages have no conscience and can spread like a virus or a parasite.  The message often takes on a life of its own and becomes a ‘thing’.  A sort of artefact of transmission which is on display for the rest of the world who can then cast their judgement and offer their own opinion.  All regardless of the actual facts.  A meme exploits a human tendency to look for easy answers.

Why make a Meme?

Memes are not new.  They are widely used in politics for propaganda and in industry for marketing.  Even the Army has had some success with memes in the ‘Your Army Needs You’ recruitment drive which was amplified by the subsequent press coverage.  One of the interesting things about memes, though, is how they can be weaponised to manipulate and spread disinformation.  Memes are often based on half-truths or deceptive information. They can be used by internet trolls to get us to think or feel differently about something.  We face them in the ‘grey zone’s’ creeping ‘infopocalypse’, where our previously held norms, values, and objective reality are being cannibalised.

But it is not just our adversaries who are trying to out-game us; our own organisation has recently started to turn on itself with an increasing use of memes to challenge authority or to mock the system.  Whilst some of these are harmless, humorous, and tongue in check, many are puerile, embarrassing, awkward and even sinister.  In almost all cases, memes have become the first resort of people unwilling or unable to speak to their chain of command.  Not only are we in constant danger of jeopardising our own operational and personal security with memes, we are also making ourselves look foolish.

Who is making the Memes?

British defence is not alone in making memes.  Frankly, our efforts pale in comparison with the antics of ‘Carl’, the hapless fictional protagonist of the US military meme culture.  But what is the inception point within our own organisation?  Many of our internal memes come from anonymous social media accounts, espousing the dry wit typical of the slightly droll and laissez faire officer that exists in the dark corners of most Battalions.  There is also a steady flow from staff college, which has always been a bit of a hot bed of recalcitrance.  And of course, there are the popular military banter sites, widely followed by soldiers, officers and veterans, who through their followership, unintentionally lend their credence. 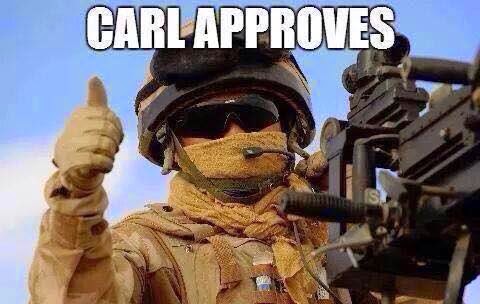 Any claim by these sites to have honourable motives should be weighed against the financial benefit that they stand to make by sticking out.  This can be by manipulating the truth or through sensationalism or hype to increase followership and monetise military humour.  Some of these military social media ‘influencers’ seem to revel in their notoriety and are happy to share material, however dubious, in order to sell insurance.  Many of the comments on these sites are racist, homophobic or sexist.  How can we collectively raise our standards to be better than this?

Yet, there is also reason to pause.  Many of our people make memes because they do not feel capable or willing of raising issues formally.  To some extent, memes give us a mirror to look at our organisation.

What impact do they have?

A meme may be an excellent way to raise awareness of an issue or to prompt debate.  Humour has always been an important part of military life and these parodies of the lived experience can help us get quickly to the heart of an issue.  Challenge culture is exactly what we need to be better as a high performing organisation.  But the opportunity to vent, has extended beyond the NAAFI and our soldiers are now the digital pioneers of this rapidly evolving world.  These new frontiers need to be controlled and we need good role models, not self-obsessed rogues.  How many positive memes have you seen recently that really tell our story and show what defence is about?  I’d wager not many.  This is a problem.

When memes start to erode our organisational cohesiveness and damage psychological safety, people will stop sticking their necks out as they become wary of getting them chopped off.  When a memes purpose is to discredit, seek competitive advantage over peers, or gain popularity, their intent begins to appear pernicious.   Whilst they may be a mirror to our organisation, they can also be self-serving nonsense with negative intent. When memes become disrespectful and poisonous, they increase internal frictions and fracture and weaken us as a team.  When the meme invades personal privacy, it ceases to be anything other than a personal attack, in which our people become cannon fodder.  How long will it be until the consequences of a meme directly lead to someone in our organisation taking their own life?  At their worst, then, memes directly undermine the moral component of fighting power. 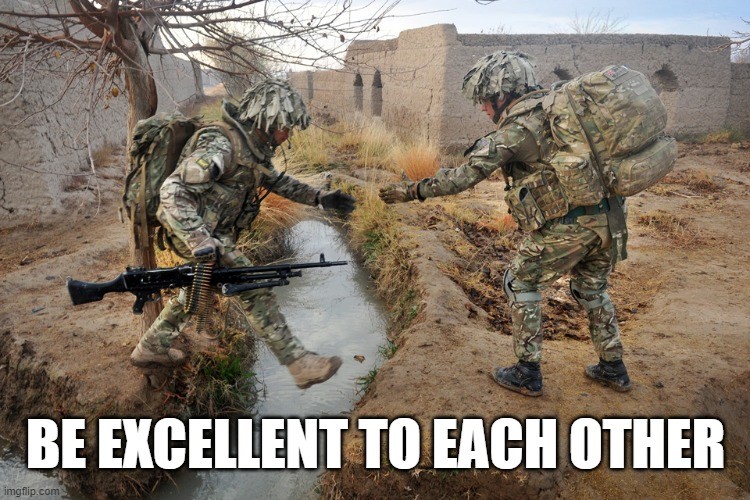 What should we do about it?

In the same way that we deal with a virus, we must inoculate our organisation through education and by targeting the super spreaders.  The #DigitalArmy Guide is a good start.     As leaders we should aim for it to be unthinkable that anyone within our organisation would intentionally want to damage the strength of the team, either by belittling individuals, or by spreading misinformation.  It’s bad enough when something toxic and harmful bounces around our own echo chamber.  It’s even worse when it gets picked up by the media.

Memes are part of life. They are not going away and we can’t avoid them.  But as an Army, shouldn’t we hold ourselves to a higher moral and behavioural standard before we use, share or interact with them?  Should we not first question whether our interaction would be responsible, does it impact an individual, or question how it may weaken our organisation?  If the underlying message is that some people are not happy, then how to improve morale is surely the issue that we should be addressing rather than bringing the organisation down from the inside.  There must be a better way.

How would you feel if you or your family became the subject of a meme?  Perhaps we could just start by remembering Rule #1. 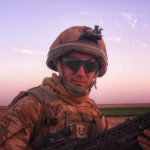 Colonel Tim Symonds is a serving British Army officer with 22 Years’ experience.  His experience is mainly within the Field Army as a Brigade and Divisional Deputy Chief of Staff and as a Unit and OF5 Commander.