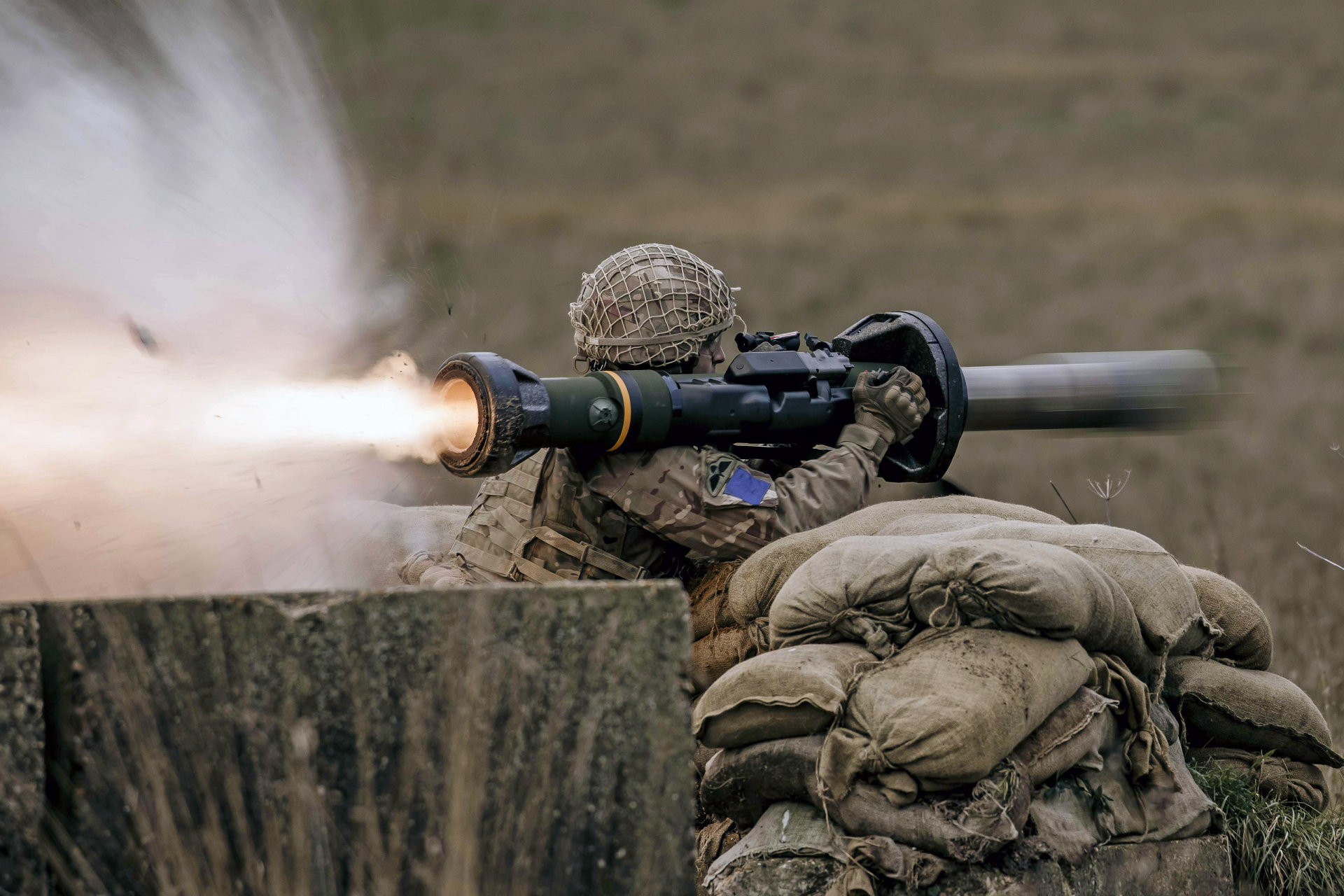 ‘Any body which resents or debars reasoned and balanced criticism has something to fear; it must doubt its own honesty of purpose or its competence; otherwise it would only be too ready and agreeable to answer the critic and prove him to be wrong’

Arguably one of the most overlooked British soldier theorists of the twentieth century, Sir Francis Tuker, begins his book, The Pattern of War (1945), with a clarion call for more open discussion on military affairs.  Tuker was but one in a long line of soldiers to observe that the British Army was dogged by its aversion to informed criticism.   Indeed, he might be referring to his Staff College tutor, Major General J F C Fuller, when he bemoans the Army’s unwillingness to listen to wise voices from within.

In an article published on the Wavell Room titled ‘Democratising Doctrine‘, Major Steve Maguire echoes the voices of Tuker, Fuller, and their Victorian predecessors, by calling for greater openness in debate generally, and in the formulation of military doctrine in particular.  Maguire’s well-meaning piece is, however, flawed.  It demonstrates little understanding of the contemporary process of doctrine writing, even less knowledge of the historic background to British military criticism, ignores important lessons learned in this respect by our major ally, and failed to give tangible purpose to the debate for which his polemic calls.

The production of doctrine in the British Army is far from the arcane and elitist activity suggested by Maguire.   The Land Warfare Centre is currently reviewing its portfolio.  The revision has taken account of articles, reports, and submissions provided by authors and theoreticians within and without the British military establishment, as well as input from more traditional sources.  The Army’s doctrine writers are a diverse group; men and women, Regular and Reserve, non-commissioned and commissioned, drawn to their work by, amongst other motivations, intellectual curiosity.  A third of the latest revision of Army Doctrine Publication Land Operations has been written by non-commissioned military personnel.

More importantly, doctrine writers do not produce their work in isolation.  As well as drawing from writings and personal interactions with practitioners and academics, their work is reviewed many times by soldiers, both British and allied, civil servants, military historians, and independent researchers whose criticisms are considered and absorbed.  Expertise amongst writers is broad and deep.  In the team responsible for the production of Army Field Manual – Conventional Warfare, there is more than 150 years of combined military experience drawn from combat, combat support and command support roles and ranging in rank from WO2 to Lieutenant Colonel.

Of course, there is always room for greater diversity of thought, but to portray doctrine writers as siloed anchorites is to misrepresent them and the contemporary methodology of production.

This is not new

The call for change and public debate is not new, after all very little is novel.  In the early nineteenth century, officers anonymised by names such as Bombardinio and Captain Orlando Sabretache wrote regular articles in journals and magazines bemoaning the organisation, training, and tactics of the Duke of Wellington’s Army.  The discourse, expertly analysed in Professor Jay Luvaas’ The Education of an Army: British Military Thought 1815 – 1940 (1964), would not have been out of place on sites such as The Wavell Room, the Modern War Institute at West Point, War on the Rocks, or Grounded Curiosity.  Later, in the 1920s, J F C Fuller’s criticism of the British Army’s doctrine could be read in newspapers, tabloid and broadsheets, and in his books, by friend and foe alike.  Fuller’s ideas, often rejected at home, were enthusiastically followed by exponents of Soviet Deep Battle and the creators of Germany’s panzerwaffe.  Debate, in the past, as now, was fierce, but there was no lack of diverse voices.  It is typical of the presentism of many of today’s writers to present their perceptions as original; this article is, like many, however, merely the latest promenade in a long line of meanderings.

“the juice was just not worth the squeeze”

The article also appears ignorant of the US Army’s recent experience of a more democratised process of doctrine writing.  As part of the US Army’s Doctrine 2015 ‘Living Doctrine’ initiative, a wiki platform was established.  It was conceived to allow personnel to engage with and offer alternative voices to extant and developing doctrine.  The experiment was shelved in 2017 because, even with the enormous resources of TRADOC and the Combined Arms Center, insufficient resource was available to consider all the proposals.  Too few of which had sufficient utility to justify the cost of the experiment.  In other words, democratising the process of production proved to be unproductive – the juice was just not worth the squeeze.

Is there any reason to believe that in a time of budgetary stringency the British Army would either invest in the necessary expansion of Land Warfare Centre, or that the proposals gleaned would be of superior quality to those produced by US Army personnel in 2015 -17?  If, as I would contend, the answers to both those questions are no, there would be no future for such a democratised doctrine process for the British Army.

Ultimately, the call for greater democracy in the production of doctrine is unoriginal, fails to portray the production of doctrine accurately, and does not heed the lessons learned by our closest ally.  Doctrine is distilled wisdom taken from that which is observed, it cannot be dashed at in reaction to the latest concept or isolated development.  It requires careful analysis, because the misinterpretation of observations endangers lives.  Sir Richard Holmes’ assertion that it is not just what is taught but what is believed hints at the requirement for deeper understanding and professional education.  Field Marshal Rommel, when praising the quality of British doctrine, is actually taking a swipe at British professional military education.  Doctrine is not produced, nor is it something to be debated, for its own sake; it is designed to inform and educate.  Rommel was the product of the educational requirements of German militarism and, in particular, the reforms of Hans von Seeckt in the 1920s; debate was key to that tradition, but always with education and understanding as its motivators, and analysis at its core.  There is much to be said for that approach, it is one in which democracy only extends as far as those who are truly informed.  J F C Fuller would have approved.

Undoubtedly, there is always room for more and wider informed debate in the formulation of doctrine.  But Maguire’s article fundamentally misrepresents the degree of diversity which can already be found in the production of British military doctrine.  The article also appears to be a call for a democratic approach for its own sake.  But populism can be a tyranny of its own, and we must always remember that the purpose of doctrine is to educate and inform.  A more appropriately targeted article would have called for better professional military education with learning flowing from doctrine, developments, and concepts, and not targeted against what is already done well, as Rommel may have observed.

Editor’s note. This article was written in response to a piece by one of our Land Editors, Steve Maguire. It can be found here.  Please keep the debate going and we encourage further submissions on doctrine! 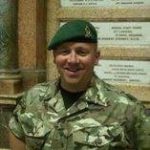 Paul Barnes is a serving Warrant Officer in the British Army. He is currently a Fellow of the Modern War Institute at West Point, a Chief of the General Staff’s Fellow, and a Chief of the Air Staff’s Fellow. He was the first non-commissioned soldier to be a Fellow at RUSI and is a member of its Military Science Advisory Board. He has been published in the UK, Australia, and the United States and at HQ Army in Andover. He is currently employed as SO2 Warfare with the Land Warfare Centre.