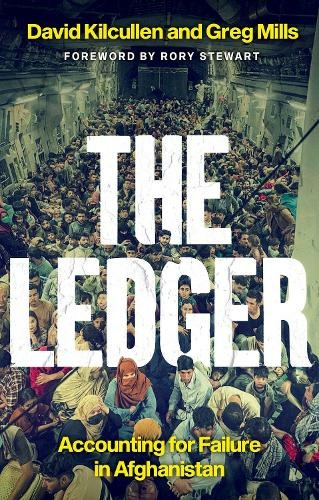 Although the US led campaign in Afghanistan had been described as being on life support for years, its eventual collapse was rapid, chaotic and harrowing.  The speed of the Talban’s takeover of Kabul was faster than intelligence services assessed, and the predictions of subject matter experts.  There are many books on the failures in Afghanistan; indeed you have probably heard their authors offer ‘hot-takes’ over the past 6 months.  This book, written by 2 authors with ‘skin-in the game’, is the first to be published since the dramatic events last year, and includes their thoughts on those chaotic final days.  We have not yet seen the implications of what a Taliban run Afghanistan looks like, although there are clear early indications.  Therefore, this book whilst unable to offer a complete ‘so-what’ of this failed intervention, does offer the reader the most up-to-date assessment.

The authors, David Kilcullen and Greg Mills, will be well known to defence and security professionals. Kilcullen (the author of several books on counterinsurgency and modern warfare) and Mills (researcher and writer on African security) have both completed numerous advisory roles to key military leaders throughout the campaign.  And they are both angry and hurting.  Their frustration at times leaps off the page as they ponder poor decisions, missed opportunities and the stark realisation of what comes next.

Whilst this book includes a lot of the back-story of the West’s intervention in Afghanistan, the bulk of analysis comes in two sections.  Section one assesses ‘the four failures’; the failure of politics, the failure of policy on Pakistan, the corruption of recovery and the failure of economic development.  Much of the detail won’t be new, but it is clear that the two authors were close to the decision makers.  The sections on Pakistan and corruption offer a frank and honest assessment that is routinely not told by those close to the problem.  These sections build a great foundation of some of the key conceptual and physical challenges that Afghanistan faced, before moving onto part 2, which looks at key lessons and thoughts for the future.

Part 2 is titled “The Ball Keeps Bouncing” after a line from the 1980s film Charlie Wilson’s War.1  The final section of analysis looks at both the short term nature of the West’s intervention, and also potential lessons for the future.  This is a genuinely fascinating section of the book.  As one might expect, many of the lessons and thoughts focus on the Political – Military interface, with many contemporary articulations of actions that Clausewitz and Sun Tzu would recognise.  There are also many insightful thoughts, such as how the use of Special Forces has distorted the West’s military appreciation of the application of force and how, for Afghanistan, it may have been a critical factor in why the quality of their Army always seemed to be less than hoped for.

In addition to the bulk of analysis in the two sections above, the book stitches together the final chaotic few months of the West’s involvement.  The significant media attention that Afghanistan received missed the early indications of what was to happen, and was often overwhelmed with ‘hot takes’ and a vast quantity of social media stories.  As a result it failed to ever offer much of a complete picture.  Here the book adds significant value as the involvement of key leaders, central organisations and critical decisions are explained in detail.  Even for those who followed the daily updates of events, this chapter offers an awful lot and links the complicated story in a logical and clear way.

To conclude, this book is well written, well researched and offers an excellent and up to date assessment of what went wrong in Afghanistan.  It is, however, not the complete picture.  History will undoubtedly offer more detailed and in-depth analysis, but for an up to date take on what went wrong, this offers a detailed account from those that know and, critically, care.

Why are British troops in Mali and what are they doing?