On 10th February 2022  the First Sea Lord (1SL), Admiral Sir Ben Key, delivered a speech outlining his bold vision for the Royal Navy in 2035.  The date, he noted, was significant: 116 years prior, the Royal Navy launched HMS Dreadnought, a behemoth of British Naval innovation.  After a nearly a century of projecting power from the sea, Dreadnought was an imposing statement: Great Britain would continue to rule the oceans for the foreseeable future.  The rest of the world would have to play catch-up with British technology.

But the rest of the world did catch up.  Dreadnought and its larger successors – “super-dreadnoughts” – turned out to be greater boons to British jobs than they did British maritime supremacy.  In the end, Dreadnought did not deliver an asymmetric advantage; the arms race it catalysed soon rendered it obsolete.

This rapid cycle of innovation is commonplace with military technology in periods of crisis.  But in February 2022, it is the United Kingdom trying to catch up with swift innovators in China, Russia, and elsewhere.  The UK is in serious danger, in 1SL’s words, of “los[ing] our operational advantage”.  Armed nation state conflict has broken out in Europe, while another more complex competition looms in the Pacific.  If we want our Royal Navy to defend our ideals of liberal democracy in these theatres, we must rebuild our defence industrial base.

The UK can no longer match Russia and China “hull for hull”.  But one thing that hasn’t changed is the ingenuity of the engineers in this country, the people who can deliver “the latest technology” that 1SL calls for.  Instead of  trying to out-spend China on grey hull ships, those very engineers can build fleets of cost-asymmetric, autonomous assets that deliver a greater capability at a fraction of the cost.  Innovative technology can and should be about more than experimental gadgets — high-end AI, secure networking, and other new technologies are crucial to match the hard power on tragic display in Eastern Europe.

1SL, I believe, would agree with such a claim — the Type 31 frigate, for example, is a step towards a more distributed fleet and will bring valuable export revenues back into the British defence ecosystem.  But I humbly submit that MOD leaders have not grasped the scale of change to our defence industrial base that 1SL’s vision requires.  Few of the talented engineers and innovators, who will be pivotal to revolutionizing our defence capabilities, work on national defence.  Instead, they work at technology companies in other sectors that let them build freely and quickly, and which understand the transformational value of software.

But I humbly submit that MOD leaders have not grasped the scale of change to our defence industrial base that 1SL’s vision requires.

The defence sector leaders who listened on in Rosyth do not disdain innovation, but their businesses are not designed to encourage it.  1SL encouraged suppliers to be motivated “not because of [their] share price”, but this, unfortunately, is the primary driver of a firm’s decisions.  And if one runs a major defence contractor, the way to maximize one’s share price has not been to sink large sums of money into research and development, but to wait to be told what and how to build, detailed in lengthy requirements set out by the MOD bureaucracy.  That bureaucracy is staffed by well-intentioned patriots who are not well-versed in cutting-edge technology, nor in how it is developed.  Programmes are typically designed with hardware in mind first and software as an afterthought, in everything from the companies they designate as prime contractors to their archaic, sluggish acquisitions processes.

Modern technology companies operate nothing like this.  The Amazons, Alphabets, and Microsofts of the world spend 10-20% of their annual revenue on research and development and do not pay dividends to their shareholders, instead reinvesting their profits into new bets.  Comparatively, defence contractors spend 1-3% of their revenue on R&D.  Technology startups, meanwhile, spend closer to 70% of revenue or more on R&D.  True technology companies hire the best engineers they can get their hands on, take risks on research and development, and only get paid out if their products are demanded by consumers.  These kinds of companies will dominate the markets and our lives between now and 2035.

To fulfill 1SL’s vision of Royal Navy 2035, we need a defence industrial base that looks like this: full of genuine technology companies.  We need new entrants to the British defence market that put products first, move quickly, take risks, and bring truly disruptive technology to our armed forces.  I implore our young scientists and engineers to found companies for our national security, or to push the innovative companies at which they work to apply their technology to defence.  A defence industrial base brimming with bona fide technology companies would create world-class, exportable defence systems, which would in turn drive up UK tax revenue and drive down unemployment.  It would be a vibrant, long-term answer to the cries from Parliament for a robust prosperity agenda.

But this will not happen in a vacuum.  If MOD wishes to fulfill this vision, it needs to change its suppliers’ incentives.  It needs to find and reward companies with disruptive technology through meritocratic competitions; think and buy software-first; and work on ambitious, commercially-relevant timelines.  In doing so, it would signal to our entrepreneurs and engineers that it is serious about bringing their innovations to the field.  It would signal to the venture capital firms in the City of London that defence is a sensible sector for investments.  It would signal that it is ready for a new era, in which the leaders of software companies are sitting in the front row, priming the contracts to build exportable Royal Navy ships in Rosyth.

It would be easier to do nothing.  The MOD and its suppliers can sit in the pot like a slowly boiling frog and in 2035, UK defence capabilities — already hugely eroded today — will be left mired in irrelevance.  That is not an acceptable result for our future generations. To prevent it, we must start changing today. 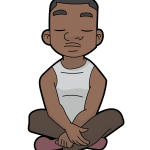 Paul Hollingshead is Head of Europe & Africa at Anduril Industries, where he leads all growth, customer success and strategy for the defence technology company emanating from its London office. Previously, he held senior roles at Rapiscan | AS&E where he focused on strategy and delivery of border security and customs equipment to both government and commercial clients in Western Europe and Africa. He began his career in the British Army where deployed operationally in Afghanistan and the Balkans as an officer in the Royal Gurkha Rifles.