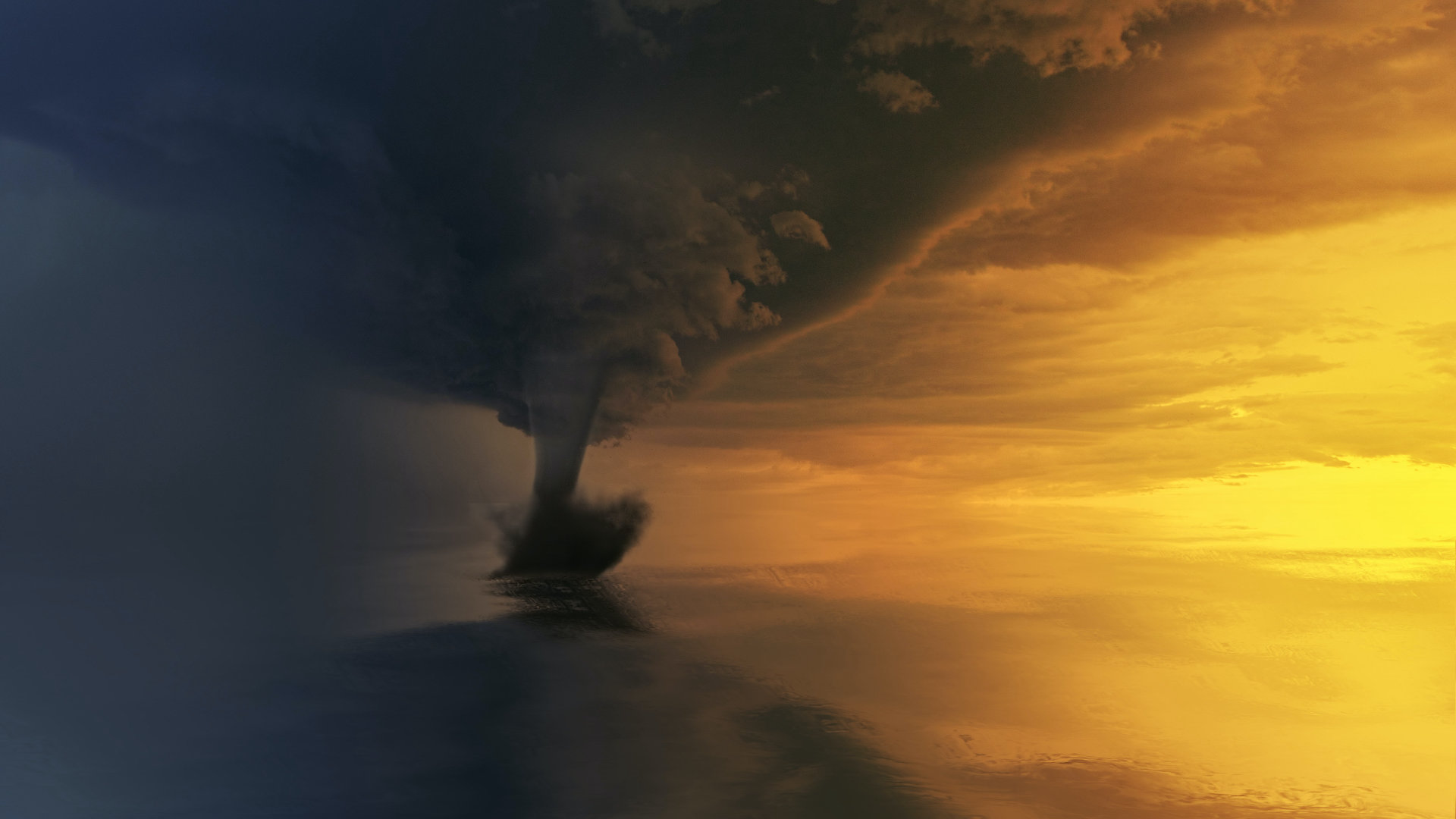 Standing on the bridge of St Albans’ Carrier Queen Elizabeth (SACQE)1, Tom scanned the horizon, his salty sea legs working to keep him fixed and level.  He sensed the change in pressure and knew the next weather event was building, it would be a matter of days before SpaceZ2 reported it, the question was where the eye of the storm would form.  Tom scanned the horizon one last time before heading to the operations room for the 17:00 daily update meeting.

Around the room were liaison officers from across the intricately balanced coalition task force; Bia Global had three survey vessels hunting for oil and gas; SpaceZ were providing the eye-in-the-sky and data links; two of Fort Williams’ submarines lurked somewhere in the South China Sea; Madrid had sent a couple of Destroyers to ensure a stake in the winnings; Tom needed to double check who was funding the private military teams (PMTs) but at least, for now, they were playing with the team.  He wondered how long that would last.

His mission from St Albans was simple, “find oil and gas and protect it at all costs”.  This included destroying the PMTs and Madrid’s Destroyers if necessary but keeping Bia Global, SpaceZ and Fort William happy (you can’t destroy a submarine if you can’t find it).

“Evening all, let’s begin,” Tom said as he entered the operations room and they all gathered around the bird table.

“All clear,” stated Av, the SpaceZ rep.  ‘All clear’ translated to no enemy activity and no weather event activity of significance in the area.  ‘Enemy’ being defined as anyone other than the coalition.

“Nothing to report”, repeated Hellfire, the PMTs rep.  They only had code names apparently; ‘nothing to report’ could also mean ‘we destroyed a fishing vessel with innocent fishermen on board for the target practice’.  Tom’s poker face concealed his contempt for the PMTs.  Yes, he conceded the irony that arguably PMTs were to the coalition force what the SACQE was to Bia Global, but still.

“Uneventful all round, very well, we’ll regroup at 08:00 for the next update.  Have a good evening all,” and without waiting for a response Tom retraced his steps back to the comfort of his bridge.

Scanning the horizon again, Tom reflected on how the world had changed but he still wasn’t sure what the exact tipping point was.  Perhaps that was the point, no one saw it coming.  Deforestation of the Amazon rainforest accelerated and went unchecked until it was too late.  Climate change accelerated at a rate higher than predicted.  The increase in temperatures ensured a sustained melting of the ice caps which increased the sea level and flooded low-lying areas.  The resulting weather events further destroyed coastal areas.  Those with means developed the high grounds causing global deforestation.  The 2027 global pandemic hit hard wiping out 40% of the world’s population.  At some point states simply didn’t exist anymore and out went any kind of global response to climate change, or any other kind of international frameworks, treaties, or conventions.  It seems like everyone is now fighting to survive, fighting each other, fighting for food and resources, and fighting the weather.  From his perspective, what happens at sea, stays at sea, particularly if you don’t live long enough to tell anyone about it.  Tom just hoped that St Albans was working on the cavalry because once they found oil and gas the rest of the world would come hunting.  At least, those that weren’t preoccupied with simply trying to survive the next weather event.  Weather events, Tom shook his head, they ran out of words to describe the destruction, they created Cat 6 which simply defined the intensity of the weather event as ‘beyond Cat 5’.  He’d escaped several Cat-5s already, the last one was too close, and they’d lost a survey vessel: wind speed more than 313 km/h, waves of up to 7m in height, catastrophic damage to the coastal areas.  He hoped he never saw a Cat 6.

At the 08:00 brief, Av reported that indeed a weather event was beginning to form.  No shit, Tom thought, he’d just come from the bridge and the sky was already hidden from view, admittedly still white fluffy clouds.  SpaceZ predicted that it would rapidly form into a tropical cyclone3 and would certainly be a Cat 4, they would know within 24 hours if it could escalate to a Cat 5 or 6.  Within 12 hours the South China Sea would be under a thick blanket of cloud and within 18 hours the eye of the storm would begin to develop.  The subs could dive and remain on station, but even for them the ride could be uncomfortable4.  The rest of the coalition fleet, however, would need to pack up and run.  The catch was waiting for the eye to begin to form to have any chance of outrunning the worst of it.  Tom checked his watch, by 02:00 at the latest they would be full steam ahead in the opposite direction to that which the eye was moving.  This was no willing foe to engage but they sure needed the sea-room to run.

“Ops, ready the drones, 500 for defence protocol and 500 for strike protocol, both with 15 minutes notice to move,” Tom ordered.  With the South China Sea covered in cloud their eye-in-the-sky would be obsolete so the drones would need to take over, he guessed by 12:00.  While only operated by one technician, the AI tech managed the swarm.

“Everyone else, do what you need to do to prepare to leave in a hurry, you know the drill,” Tom stated, there was no need for an order this time, he could see they all remembered the survey vessel they had lost on their previous run.

“Av, hourly updates please, we need to know where the eye will form,” they nodded and scurried back to their workstation to watch the system run numerous predictions.  Tom returned to the bridge where he could watch the weather, what happened to looking out the damned window?

By 11:30, the clouds were no longer white and fluffy, Tom ordered the defence drones airborne, now would be the time to attack.  The coalition didn’t need to find any oil or gas; opportune pirates don’t wait for possibilities they take what is certain, despite weather events.  With no updates from Av and the drones airborne to protect the coalition, Tom went in search of food, it could be hours before he ate again.  Even his sea legs couldn’t stomach a Cat 5.

In the Ops room, Av was running the predictions software with Tom hovering.  From the predictions run so far, this weather event could exceed 1000km in diameter with the eye forming 700nm North-West of their current position and would move away from them which would be the ideal scenario.  The winds and storm surge would still cause havoc but their chances of escaping unscathed would be increased.

“Aye, Sir, initiating warning protocol,” TJ focused intently on his display, typing in a few key commands.  Tom moved to observe the incident unfold, a deathly silence now hung in the ops room while the drones cycled through the warning protocols autonomously.

“Destroy the skiff,” Tom commanded not waiting for Ops to relay the information for his decision.  There was no time to ask nicely, and he had other more pressing concerns.  Destroying the skiff would also send a message to any others watching and would hopefully encourage them to think again.  Without ceremony the skiff was promptly destroyed, there would be no rescue or recovery operation, no investigation, no report, and nothing further said.

From the bridge, Tom watched the dark grey clouds congeal.  The winds had picked up and the sea state had increased too.  Upper deck ops would soon be out of bounds, they’d have to recover the drones.  Any further attacks were unlikely now anyway.  Time was running out.  He left the bridge and headed to the 17:00 daily update meeting.

The focus for this 17:00 daily update meeting would be on preparations for the run.

“Evening all, let’s begin,” Tom gestured for Che to continue.

“Ready to run,” stated Hellfire.  They all turned to Av.

“All predictions showing the same outcome, weather event more than 1000km in diameter, certainly a Cat 4, eye of the storm approx. 700nm North-West of our current position and likely to move North-West.  I’ll know for certain within the next couple of hours,” stated Av.

With all eyes on Tom, he reeled off a series of orders:

“Cox’n, as soon as the drones are recovered, batten down the hatches.”

“Navs, based on the predictions, calculate a suitable RV location.”

“Aye, Sir,” they all replied in unison.

“Thanks all, we’ll reconvene at 20:00 for final confirmation and RV coordination.  Prepare for the run to commence at 21:00.”

Tom watched as they all scurried away, everyone keeping busy if only to keep their minds off the weather event.  All told, two weeks on station was average but the runs were getting harder, mentally they were beginning to take a toll on him and no doubt his crew.  With two months left on rotation he felt as if they were all playing Russian roulette.  It was only a matter of time before their luck ran out.

She has a MA in Creative Writing (Open University), a MA in Defence Studies (KCL) and an interest in Useful Fiction.