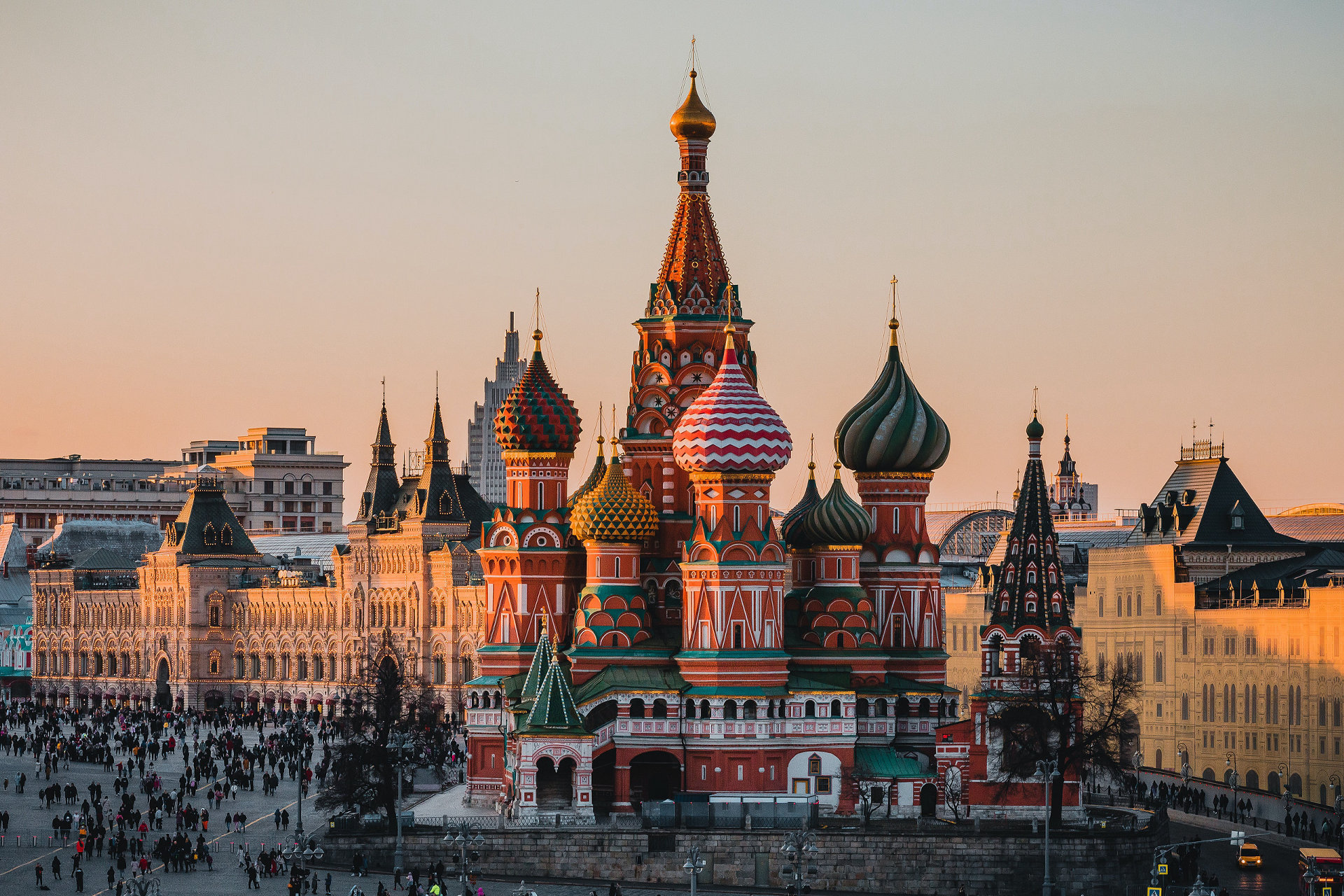 The Kremlin’s war in Ukraine threatens to tear up the map of post-1989 Europe and plunge the world into a new Cold War. The unpredictability of what Putin may do next is the real fear consuming every policy-maker from London to Tallin. Uncertainty is pervasive within international politics, but the ineffectiveness of Russia’s military campaign in Ukraine further enhances this anxiety. This is because Russia has revealed to NATO and the rest of the world the inferiority of its weaponry, the inadequacy of its command and control, and the lack of fortitude among its soldiers. As a result, Russia’s nuclear arsenal is the only leverage Putin has left in his coercive toolbox against Nato – meaning that he will continue to use nuclear weapons as a means to threaten his opponents to get what he wants.

Should it become a more regular occurrence, how can Britain mitigate this challenge and how should it reshape its foreign policy? I argue that its foreign policy should be about military deterrence. There are limits to this approach, however. A robust foreign policy to deter Putin from future military aggression and one which overcomes the prospect of nuclear posturing will need to fundamentally disrupt his ability to carry out actions on his terms. This includes a targeted information campaign that exploits the cleavages within Russian society, to shift his attention away from war-making and instead to his own domestic stability. Just as the previous cold war was won by Western soft power and the belief that liberal democratic capitalism trumped communism, today’s cold war with Russia can only be won in the information space.

Putin’s discourse on Ukraine demonstrates that he is more likely to act aggressively against those he believes that have no “traditions of genuine statehood”. Hence, Baltic states such as Estonia, Latvia and Lithuania are particularly at threat from some form of Russian aggression. Especially as each of those countries has an ethnic-Russian population, which Russia has been seeking to exploit and influence to sow internal discord. Britain can and has already been offering military support to the Baltic states by conducting joint-military operations and providing weapons – though this has primarily been symbolic and a signalling tactic. Estonia for example, has recently approved increased defence spending amounting to $523 million, to enhance its air defence systems; such weapons systems however can only be delivered by 2025. This seems to be an area in which Britain and other Nato members can help to enhance military deterrence in the Baltics against potential Russian aggression. Russia’s failure to achieve air supremacy over Ukraine, and the impact this has had on its war effort, suggests that air defence should be an immediate priority.

This by itself will not deter Russia aggression or address the issue of nuclear posturing. Going forward, Britain must increase its conventional military capabilities so it can adequately provide meaningful assistance to vulnerable countries without its military becoming stretched. This will have to include investing in weapons that are integral to air and land  defence such as drones and missile systems; the number of its military personnel will also have to increase accordingly. Already we have heard Conservative MPs such as Tobias Ellwood call for an increase in spending from 2 to 3% of GDP. Labour MP and Shadow State Secretary for Foreign Affairs, David Lammy, has recently claimed that a “future Labour government would spend more” on defence and has implied that troop numbers should increase. Germany’s recent announcement of its commitment to spend more on defence, is a sign of further militarisation amongst European states – Britain included. To some extent, this will signal to Russia that Nato and particularly Britain is committed to European security and the rules-based international order Russia has shown contempt for.

As well as military deterrence measures, Britain and its army of communicative influencers (in both the state and private sectors) need to appeal to the Russian people, business and political elite.

Putin has made them poorer, militarily weaker and less attractive in the eyes of the international community.

There are good reasons for committing to this course of action. First, Putin perceives himself to be constrained by his own people. To some extent this anxiety surrounding popular opinion is explained by his experience as a KGB officer in East Germany prior to unification. His U-turns on pension reform are evidence that he is receptive to popular opinion – especially when it undermines his beloved poll-rating. Boris Johnson’s troubles with the ‘party gate’ inquiry and the prospect of a no-confidence vote did make a discernible impact on his ability to address other issues effectively. It demonstrates the significance of maintaining domestic political stability and how it can constrain a leader. Therefore now is the opportunity to appeal to Russians and urge them to apply pressure on their leader to shift his attention and effort away from war-making in Europe.

This appeal needs to evoke trauma and anger – both of which are already brewing within Russian society. The loss of military life can be a source of national pride and national identity making, or it can represent a trauma that negatively taints how politics is done. Military sacrifice is a discursive stream that an information campaign needs to tap into. Contrary to popular belief, the Russian people are not gullible subjects that are totally manipulated by the government. In fact there is a huge distrust in the state and low vaccine uptake during the coronavirus crisis is evidence of that. Russian mothers’ grief of their dead sons has historically led to strong activism during the Soviet Union. They represented an additional threat to the Soviet campaign in Afghanistan and influenced the governments’ actions to an extent. Harnessing this maternal grief vis-à-vis Ukraine is paramount because it can mobilise a substantive portion of people to scrutinise and delegitimise Putin’s unilateral decision-making.

Anger generated from grief can be powerful. However, Putin’s corruption is a second discursive stream that needs to be exploited, because its association with the Ukraine war can have a revitalising effect on the political opposition in Russia. Alexei Navalny’s political activism has found success in exposing the rampant corruption in Russia’s political elite; many Russians have mobilised to support his anti-regime politics because of it. An effective information campaign needs to tie the futility Russia’s war in Ukraine to the broader issue of political corruption. It signals to Russian people that their dead sons died in vein because of a leader that is inherent corrupt and focused on his own delusional ambitions. Granted that there is some degree of Russian nationalism, and such nationalist sentiments have previously supported the occupation of Ukraine (namely Crimea), this latest attack on Ukraine has contrastingly caused greater losses. The level of nationalism that Russia’s war in Ukraine could  inspire will be limited.

Many Russians are supportive of Putin, defending his record as President because of his purported success in improving the economy and raising living standards. They believe that he brought order to a once lawless and conflagrating Russia during the 1990’s. An effective information campaign should undermine this perception, by communicating the complete absurdity of Putin’s actions and how it has unnecessarily weakened Russia’s economy. One example that could be deployed to substantiate this point is the impact of the Ukraine war on Nord Stream 2. The pipeline has cost $11 billion and Putin seems to have decided overnight to waste years of planning, investment and potential economic gains.

His disregard for the Russian economy and its future, is further evidence of an isolated and irresponsible leader that does not care about ordinary Russians struggling with the cost of living.

In tandem, both these discourses can be a powerful tool in constraining Putin’s adventurous foreign policy. As millions of Russians from various age-groups, religions and socio-economic backgrounds will have reason to act collectively to seek change for their country. On 9th May, Putin faces an awkward and somewhat challenging speech to give during the Russian Victory Day parade – an event he uses to annually legitimate his foreign policy and reinforce Russia’s national identity as a saviour force in world politics. But Britain, along with other Nato countries, need to disrupt events such as this by communicating the futile loss that Putin has inflicted on Russia. This may not confer regime-change, as President Joe Biden wishes for, but it will go some way in making Putin’s political life miserable. A Russian president that must fight for his political livelihood and counter protests on a perpetual basis will find it more difficult to launch attacks on foreign states.

In the short-run, Britain must deter Russia with strong military commitments to its allies susceptible to Russian aggression – signalling enduring resolve. However, to enhance its deterrence policy and overcome threats to nuclear war, Britain must aim, in the long-run, to constrain Putin’s foreign policy by strategically communicating to the Russian people the futile losses that Putin has inflicted on their country.

Ben Soodavar is a political scientist and teacher of international relations at King's College London. He was previously a visiting researcher at Columbia University where he worked on disinformation and machine learning. His research focuses on the psychology of war and behavioural science in International politics.