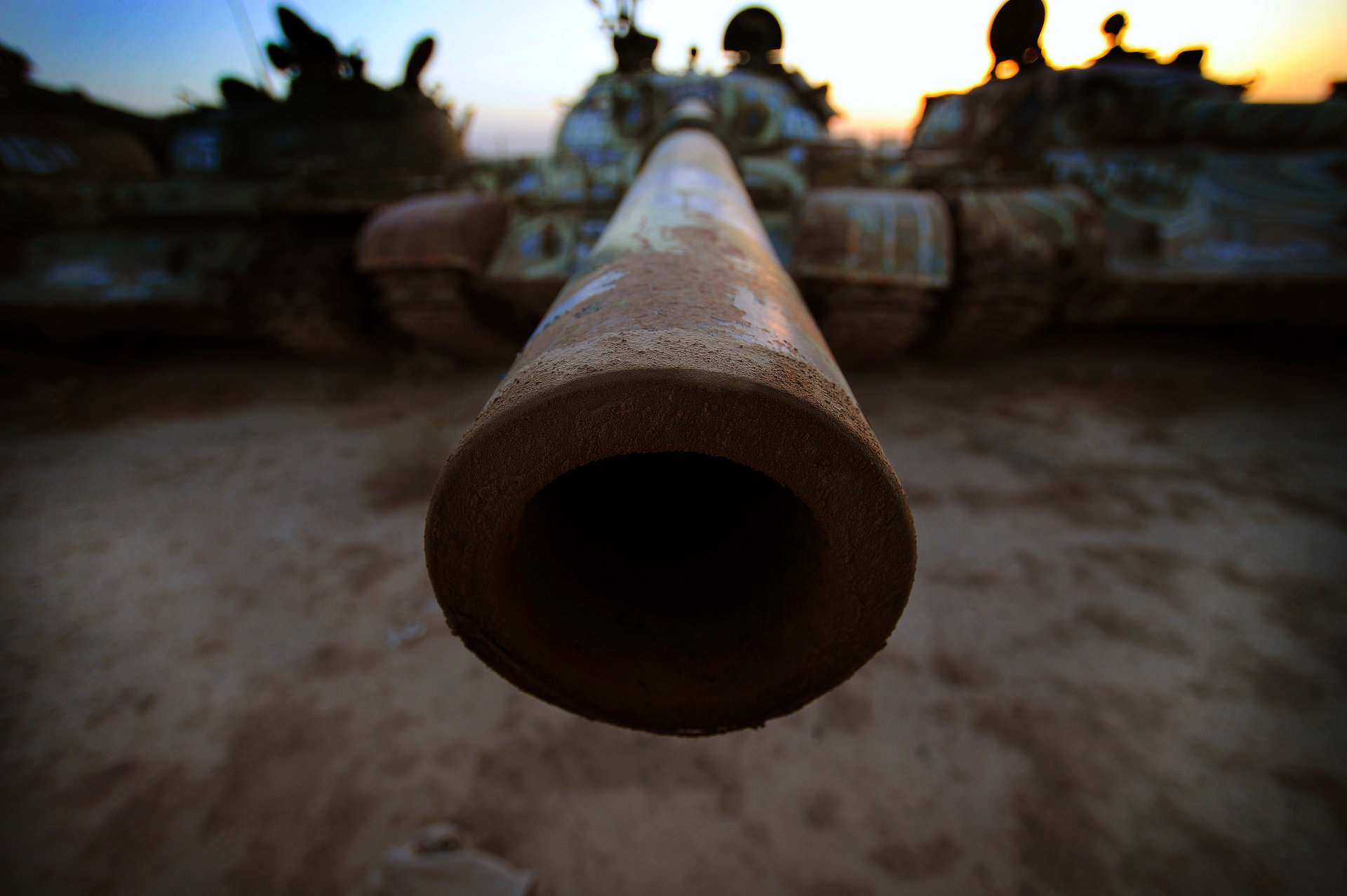 Russian tank losses in Ukraine have been very high; perhaps 875 vehicles. Part of the response has been to activate obsolete T-62 tanks for operational use. This is because more modern vehicles have not been properly maintained.

The first phase of the Russian invasion of Ukraine is clearly over. The pincers that tried to encircle and seize Kyiv, plus the effort to seize Khakiv, have been blocked and turned back. The war is now settling into a longer confrontation, which could go on for years. Russian strength is being matched against Ukrainian will, and Western injections of weaponry.

A key principle of war is Maintenance of Morale. Ukrainians have been somewhat forged into a separate nation by the evolution of their national ethos before and since the uprising that began in 2013. Ukraine has a superiority in personnel available. Independent analysts beyond Ukraine assess that Zelensky’s announcement that 700,000 fighting personnel were mobilized by May 21 is relatively credible – “very possible.” This is why the fall of Sievrodonetsk was not necessary a major setback. The point of the battle was to grind the Russians down: it may be possible to retake the territory at a later date.

Russian losses have been very high. The key weapons system on the modern battlefield is the main battle tank, usually now armed with a gun of 120mm or 125mm. Since the very first use of tanks at the Battle of Flers–Courcelette in September 1916, there has been a ceaseless struggle between efforts to breach and destroy tanks, versus tank designers who increase protective capability. Many Russian tanks have been destroyed in Ukraine. Some have said tanks are obsolete; this is incorrect. Modern combined arms warfare depends on the proper mix of dismounted infantry and mounted, protected vehicles, supported by artillery. The proper mix between these components is always debatable. But there is nothing to suggest that the idea of using vehicles to support dismounted infantry is now dangerous or obsolete.

The IISS Military Balance 2022 estimated Russian main battle tank numbers pre-invasion as 2930 in active units. Neither open-source watchers of the war, nor intelligence agencies, can accurately track everything that is going on; the fog of war – including human tiredness, stress, excitement – prevents this. But what is now clear is that this fighting is more accessible minute by minute, due to social media, than any high-intensity combat yet seen. When the Israeli 7th and 188th Armoured Brigades battled a Syrian invasion on the Golan Heights in 1973, in some case being reduced to individual tanks, we were in the era of telephones fixed to walls. Now, any person with a smartphone can send or upload photos to the Internet with short delays.

What this means for Russian tank losses is that hard work can generate some very useful estimates. The Oryx website has done some amazing work on this. As of June 21, 2022, that website had physically counted 789 Russian main battle tanks hors combat, of which 447 had been destroyed, 22 damaged, 49 abandoned and 252 captured. Of course, Oryx is not seeing everything, and the situation on the battlefield is changing minute by minute. But Twitter watchers have estimated from times when other data has been available that Oryx’s estimates are roughly 70% to 80% accurate. So the numbers are actually a little higher, perhaps 20% higher. What makes a much more credible estimate possible is that on June 16, General Mark Milley, Chief of Staff of the U.S. Army, said that Russia had lost between 20 to 30% of its armoured force, calling that ‘significant.’

The Russian tanks available in units before the invasion can be roughly counted as 3,000. First Oryx’s estimate of 447 destroyed tanks is amended to 450 (everything should be rounded off and only counted roughly). Then that number is amended upwards, using a 75% estimate, to 600. That same process generates estimates for Russian tanks damaged as 30, Russian tanks abandoned as 75, and Russian tanks captured as 336. If one is conservative, and assumed that all Russian tanks damaged have been recovered for repair, the total number of Russian tank losses is 1,011 (instantly amended to 1,000). That is pretty much exactly 30% of the Russian tank force, matching General Milley’s upper estimate. Being conservative again, one might produce a figure of Russian tank losses as 27.5%. One could make it 25%, exactly half way between 20% and 30%, but here one remembers that Oryx has generally been 70-80% accurate. A figure of 27.5% losses indicates a total Russian loss estimate of 875 tanks.

These are the more objective sources. It is also worth mentioning that the Armed Forces of Ukraine has claimed 1,552 Russian tanks destroyed as of June 27. Claims of successful destruction of enemy equipment by soldiers in wartime are very frequently overestimates, again influenced by the fog of war. On Battle of Britain Day, 15 September 1940, the initial estimate of German aircraft shot down by the Royal Air Force was 175-185. After the war, with the records available, the actual losses appear to have only been one-third of that number. Spreading positive propaganda and maintaining morale is also important to the Ukrainian leadership. To obtain the best picture, it’s much better to stay with independent estimates such as Oryx or others.

So what has been the Russian response to such heavy losses, perhaps approaching a third of their pre-war functioning main battle tanks? On May 24, the Ukrainian General Staff reported that the Russian Ground Forces was activating old T-62 tanks from storage for reserve battalion tactical groups. The T-62 is in modern terms a dinosaur. They have a smaller gun than more modern T-72s or T-80s, with a calibre of 115mm; thinner armour, obsolete fire control systems and radios, no night combat capabilities, lower speeds and a slower rate of fire. They are also much more vulnerable than modern tanks because their ammunition storage. Jane’s Main Battle Tanks (1986) said of the 40 115mm rounds carried, 16 were in the forward part of the tank, in the crew space. If a shell penetrates the armour and enters the crew compartment, hitting a main gun round, all the crew will die. More modern vehicles such as the U.S. M1 Abrams, for example, separate the ammunition from the crew in a space with blow-out panels. The T-62 is also a completely different vehicle from the more modern T-72 or T-80, meaning that parts and spares are different, creating an extra logistical burden. The T-62s that were spotted being moved across Russia by train on about June 19 were with upgrades dating to the first half of the 1980s.

The IISS have also been tracking numbers of Russian tanks in store, reportedly some 10,200. But from personal experience, both working at IISS in 2000-01 and, since, dispatching updates to the Defence Analysis team on African armies, I am very conscious that their updates can be infrequent. The IISS do an amazing job, tracking just about every military detail all around the world, but they can only be as good as the data that flows in. The last previous change to the stored tanks estimate was in 2018, when they discarded the up-to-2017 estimate of 17,500 tanks in store.

But the Russian Ground Forces are reactivating the T-62 despite these disadvantages. Why? Well, it turns out that while more modern main battle tanks have been stored – the IISS estimates some 7,000 T-72s, 3,000 T-80s, 200 T-90s – these vehicles cannot be properly activated from store, due to a lack of preventive and corrective maintenance. Russia is in academic-political terms somewhat of a weak state, and corruption impedes its army significantly. It is “well documented that stored Russian vehicles have been chronically under-maintained due to pervasive corruption.” What that means is that the T-62 is the only type of tank that was consistently upgraded (even maintained) since the end of the Cold War. So they are being reactivated, at least for reserve units, as the Ukrainian General Staff said. The number of T-62s available to activate from store is difficult to estimate. The IISS’s last figure, as of 2017, was 2,500. But suddenly occurring military confrontations lead to much more data becoming available. A relatively credible re-assessment from satellite photography asserted that Russia did not have 10,000 tanks in store, but only some 6,000, with only 3,000 available to be reactivated. So halving the 2,500 figure seems wise, producing a 1,250 very rough estimate.

Where are these tanks going to be deployed? The Ukrainian General Staff said ‘reserve battalion tactical groups.’ Most Russian Ground Forces brigades have sent forward one or two battalions for the invasion of Ukraine, leaving their remnant and non-deployable personnel in barracks. It is possible, but seems unlikely, that they are being activated for the third battalions of those existing brigades. What is more likely is that the activated T-62s are being utilized for second-line duties, including in the rear areas, and for proxy Russian forces such as those of the Donetsk and Luhansk Peoples’ Republics. These proxy Russian forces include the Donbas 1st and 2nd Army Corps, directed by the Russian 8th Guards Army. But the first identified deployments of the T-62 was actually in another proxy force, the South Ossetian Volunteer Battalion ‘Alania.’ Their situation is not good but nevertheless, the T-62s have been issued to them. There is also another report that in early June, Russia sent about 30 T-62s to Vasylivka on the Dnieper River, along the supply lines between Russia and Crimea. Rochan Consulting in Poland corroborated this report as part of a larger update on the entire war, in a clear video, well worth watching.

But where the obsolete T-62s are going is less important than the fact that Russia has had to send such old tanks to the front. Much Russian first-line combat equipment has been destroyed. The difference between Russia and Ukraine here is that Ukraine is receiving large numbers of new equipment types from the West; Russia has no such source. 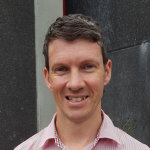 Dr Colin D. Robinson, Senior Researcher, Obuda University, Budapest, gained his MA from King’s College War Studies in 2000, and his PhD from Cranfield in 2012. He has published three articles on the Soviet and Russian Ground Forces.