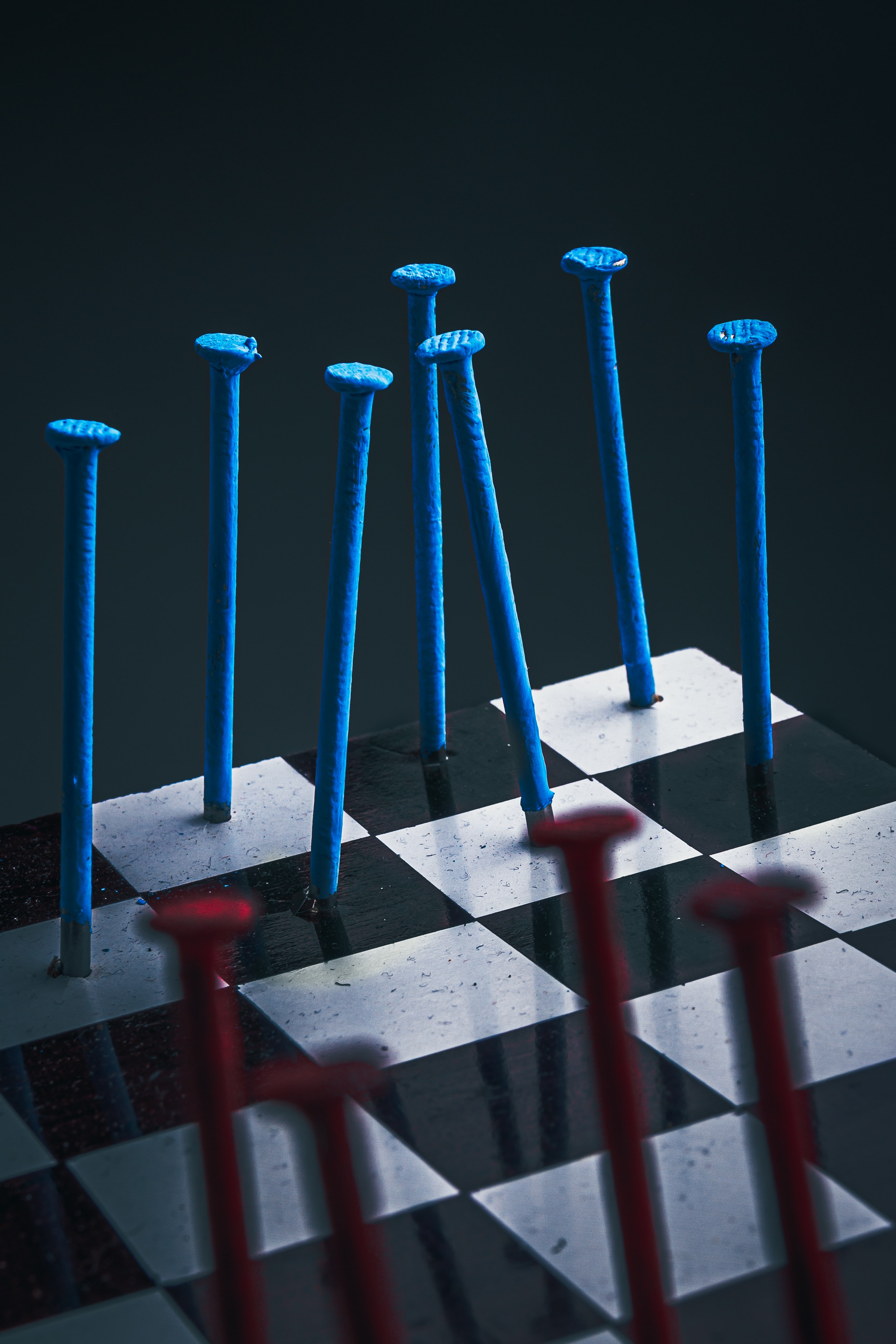 “I hate board games. Monopoly is my idea of hell. But I get why we’re doing this, and actually, it was pretty good”

Problems organising training?  Are you looking for a way to conduct seven platoon attacks in an afternoon, without any paperwork?  We took a look at the board game Take That Hill and found that it can make that dream a reality.  This article offers our (a British Army infantry sub units) review of the game and our thoughts on how to get it right.

Take That Hill is a manual (i.e. dice and counter rather than computer) game.  It uses a simple mechanism to introduce players to wargaming.  The game represents a platoon attack with players attempting to destroy a static enemy position.  It is suitable for two to five players with little or no wargaming experience across a variety of ranks (private – platoon commander).

The game was originally developed by Professor Phil Sabin, Professor of Strategic Studies in the War Studies department at Kings College, London.  The original game has been adapted by UK Fight Club to include more complicated tactical elements (mortars, smoke, minefields etc).  Incorporating these features means, that as well as an understanding of wargaming, the game allows players to learn lessons about the use of fire support, command positioning, and fire and manoeuvre. 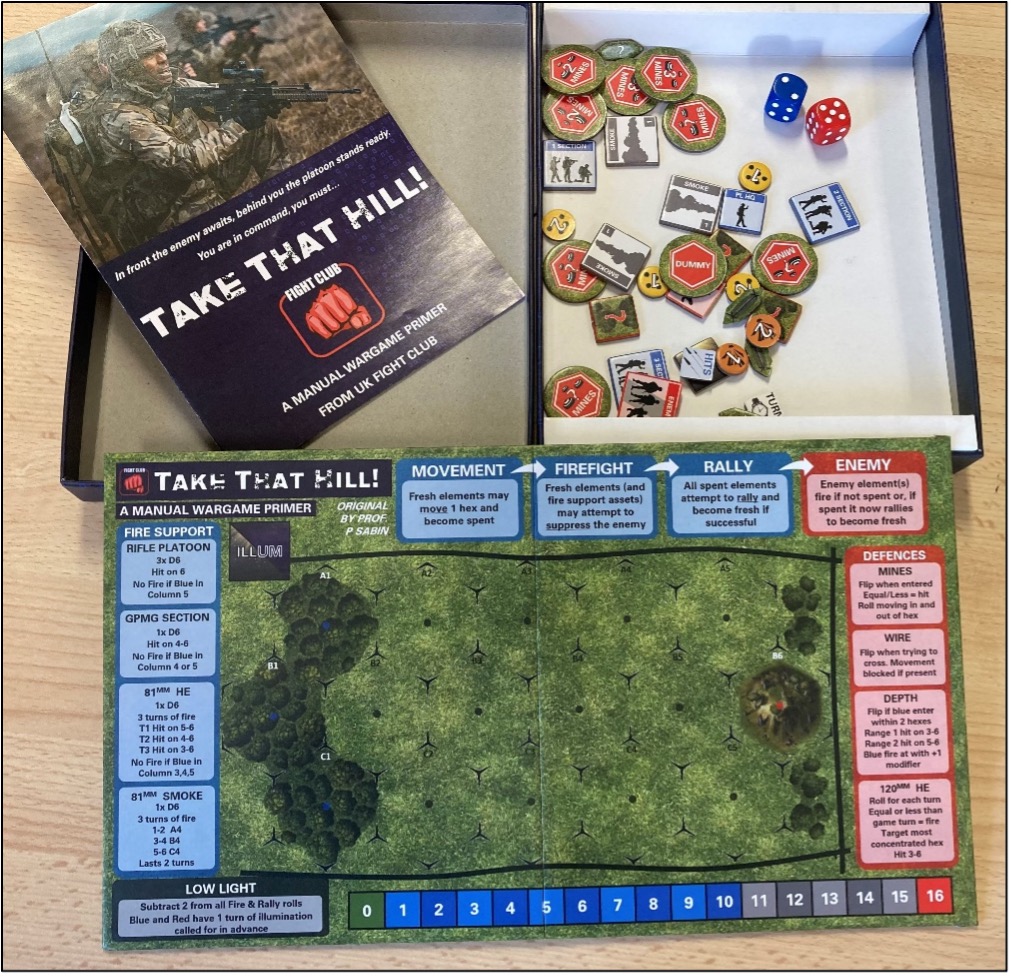 The game itself is available boxed (with a glossy game board, dice etc) or as a downloadable ‘print and play’ file through the UK Fight Club website.  The thought of wargaming, especially using manual board games, may well bring with it some groans and comments.  This review is not the place to argue for the benefits of using wargaming in training (see Getting the Story Right about Wargaming – War on the Rocks).  What is important with Take That Hill, as probably the first time many will have used a wargame, is that it ‘looks the part’, is accessible to play, and provides worthwhile training experiences.

Opening the boxed version, it looks and feels professional.  There is a glossy, colourful, illustrated set of rules, a set solid and robust counters, and a game board.  For those facilitating training, the rule book also includes guidance on the use of the game to draw out lessons with your audience.  The ‘print and play’ version is a useful way to put together the game quickly, only needing some card and printable labels to produce – though read the instructions carefully!

Playing Take That Hill is not a complicated activity.  It is a simple, no frills game, designed to ease in those who have not used a game such as this before.  Although some of our number found the rules a little complicated to visualise, Take That Hill has several online tutorials, accessible through a QR code in the rule book.  We found these helpful, and even the most inexperienced players were able to set up and start running a game within 10 minutes of opening the box.  A game round lasted around 10-15 minutes once players understood the basic mechanics, although as we added assets, a run through did take a little longer.

This addition of assets from outside the platoon is where Take That Hill, despite its simplicity, shows itself as a useful training aide.  The commanders playing the game, especially junior lance corporals and platoon commanders, were surprised by the number and utility of lessons they took from Take That Hill.  The game puts them in a position where they are required to manage a fire support plan, something which we do not often have chance to replicate outside of collective training.  Additional assets not only feature for ‘blue’, and the section commanders remarked upon the use of enemy depth positions (which feature a mechanic to generate surprise) in making them carefully think through contingencies and to maintain flexibility within their plan.

What did we get wrong?

The game’s simplicity comes at a cost.  Despite the range of assets, we found that there is a lack of variety – there are only so many ways to skin the cat.  We are empathetic that there is a requirement to keep it simple, and that the game is designed as a taster to what wargames can do for training, so ‘it is what it is’, however if you are intending to incorporate the game into your own training it is worth bearing in mind that Take That Hill is intended to be the first step on a wargaming journey.

Take That Hill is not only beneficial as part of a wargaming journey, but as part of a broader training journey.  To get the most out of the game its use needs to be sensibly planned as part of learning about platoon level actions and the use of fire support assets.  Playing the game between a theoretical introduction to platoon actions, but before moving to blank training would bridge the gap between classroom and field and begin stimulating discussion and thinking before crossing the exercise start line.  Some of our players also saw a utility in using the game to support those in training (especially at the commissioning course at Sandhurst or the Junior / Platoon Commanders’ Divisions at the Infantry Battle School) who may be struggling with some concepts of platoon tactical activities.  This integration into broader training is vital, and we failed to treat our play of Take That Hill as a real training experience. 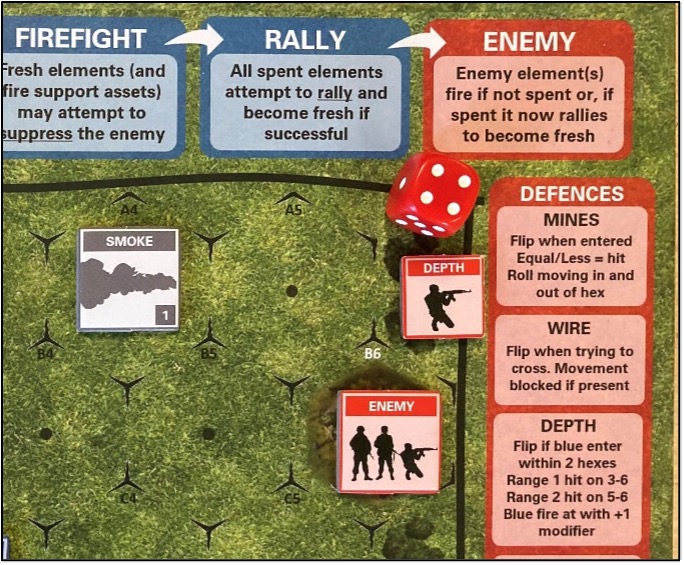 For some reason, we expected the game to slap us in the face with the lessons it was trying to teach.  Take That Hillis not a fire and forget training aide – it needs facilitation.  The best results were achieved when the game was taken as a lesson, with an officer or senior non-commissioned officer ensuring that the activity was taken seriously.  Treating each round of the game as you would a battle exercise, with a clear introduction and a coached debrief would have made the game far more productive and engaging for the company.  This is not a failing of Take That Hill, but rather of the way we incorporated it into our activity, and is a key take away for anyone wanting to use the game in the future.

Over the course of one afternoon, we ran seven platoon attacks augmented by sustained fire machine gun sections and mortars.  We didn’t need a training area, it cost us nothing and we were able to stop the training at any point to bring in discussion points and coach those in command positions.  As a company, we recognise this is the power of the use of wargames in training, and we came away from using Take That Hill with some positive experiences and an openness to using manual wargames for our training in the future.  In that sense, Take That Hill is a success and certainly worth incorporating into your training.  Did we get the most out of it?  Perhaps not.  Was that because we could have run the games better? Probably.  Will we be wanting to play UK Fight Club’s next release, Take That Street? Definitely! 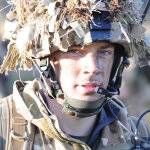 Major Dom Wiejak commissioned into the Duke of Lancaster’s Regiment in 2011.  Since then he has deployed on Op HERRICK and numerous overseas training exercises, and worked in a variety of roles in the Field Army, and at the Royal Military Academy Sandhurst.  He is currently an exchange student at the US Army School of Advanced Military Studies.  The views and opinions expressed are his own and do not necessarily reflect the views of the Ministry of Defence or the British Army