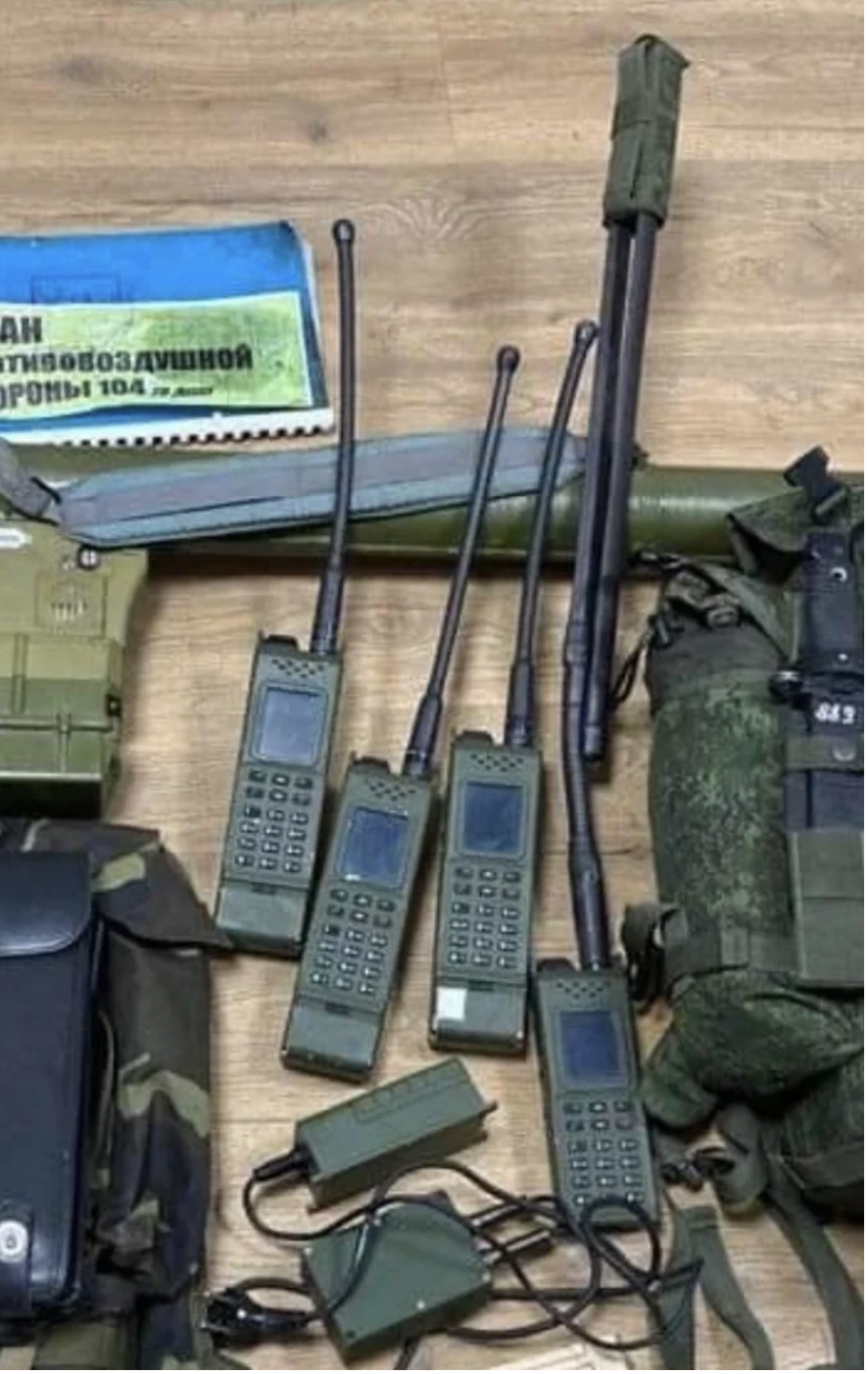 From the beginnings of the war, a lack of coordination and disjointedness in Russian Army operations has surprised.  What happened to the vaunted operational level of command?  Why have we not witnessed regimental or brigade-level operations?  Why is YouTube sagging with videos of platoon actions, but rarely a company and still less a battalion action?  The reason, to use the phrase, was hidden in plain sight.  It lies in the Russian Army’s tactical communications system.

Following the withdrawal from Kherson, an angry 2nd Army Corps serviceman, Andrei Morozov, with a history of activism, published seven lengthy articles on kenigtiger.livejournal.com.  The series is entitled ‘Why the RF Armed Forces are losing, retreating and will continue to do so’.  Morozov was one of the co-authors of the Report of the Coordination Centre for Assistance to Novorossia following the results of 2014-2018, which sought to highlight equipment and corruption problems in the separatist enclaves in the Donbass.  He is pro-Russian but does not hide the many problems besetting the ‘special military operation’.

The signs were there from the beginning

In his bitter 184-page e-autobiography ‘ZOV’ posted on Telegram, Russian paratrooper Pavel Filatyev describes how within the first 24 hours of the invasion, his unit (56th Guards Air Assault Regiment) broke up.  Companies lost contact with each other, the commanding officer ‘disappeared’, and he and fellow paratroopers were unclear what they were supposed to be doing (or why).  There were fratricidal incidents and units got lost.  Lack of situational awareness and outright confusion was a consistent theme of Filatyev’s account of the war.

Morozov chiefly describes the limitations of the main Russian Army’s tactical radio system R-168 ‘Aqueduct’ in his seven articles.  This digital communications system was developed in the 1990s and fielded from the noughties onwards.  It was designed to provide robust communications from soldier to division-level.  He also describes the more modern R-187P Azart radios, subject of RUSI reporting as early as March. The Economist also published an article on this subject in the same month.  The problems identified by Morozov are summarised in the sections below.

The main problem Morozov highlights is a four kilometre range limit to tactical communications.  He explains: ‘The Armed Forces of the Russian Federation do not have a normal communication and control system.  The war began and the army went to war with communication 2.5-3 [km], in the best case, if from a mast or an elevation – 4 km.’ He elaborates: ‘There are no PPRC [repeater] radio stations on armoured vehicles and command and staff vehicles.  There is no entire HF segment at all.’  To make his point, Morozov displays an Angstrem NPO promotional image and has crossed out what does not, in reality, exist in deployed units.  His version claims only platoon or company-level 4 kilometre range radios are actually fielded, with the possibility of UAV repeater stations (but there are issues, not least UAVs are shot down).

In the seventh article Morozov describes how Luhansk militiamen resorted to buying Chinese recreational kites and creating improvised ‘flying repeaters’.  These were used in the fighting around Lysychansk.

A second constraint is mixed radio systems from different generations.  The Russian Army and Donbass militias have been fighting with three generations of radio systems: the Soviet R-123 and R-173; the R-168 Aqueduct; and the R-187 Azart (in limited numbers).  A fourth may be added: the Andromeda-D reportedly fielded with airborne forces and which was supposed to be integrated with the new ESU TZ (Unified Tactical Control System).  The latter was described in a lengthy article in Voennoye Obozreniye (Military Review) three months before the war.

The consequence is that all participants on a net must communicate at the lowest common technological denominator.  This is, as Morozov explains, ‘in FChS mode’ which is ‘the ‘Fixed Frequency Simplex communication mode.’’  The reality is analogue, insecure communications not advertised digital, secure communications.  He adds sarcastically, ‘The passage of waves at the “low band’ is good, the enemy hears armoured vehicles perfectly, takes measures in advance.  By the time it approaches the attacked sector of the front, there is already a ‘meeting committee’ with RPGs, NLAWs and Javelins.’

Angstrem NPO—the manufacturer of the R-187 Azart radios—is subject to sanctions.  Morozov asserts as many as 25 components are sanctioned, of which five ‘cannot be obtained at all now.’  This raises unavoidable questions on the sustainability of a radio system intended as the future of Russian Army communications, never mind sustaining the system in a war.

The procurement of the R-187 Azart communications system was subject to epic Russian corruption involving General-Colonel Khalil Arslanov, Deputy Chief of the General Staff and Chief of Communication Troops from December 2013 to October 2019.  It is alleged he was involved in fraud of a public procurement programme to the tune of 6.7 billion roubles.  This massive fraud was made possible by buying at inflated rather than market prices and stuffing the radio systems with ‘90% of the work… done in China from imported kits.’  This saga has been extensively reported by Russian newspapers such as Kommersant (‘The Businessman’).

The upshot has been unreliable radios with components and batteries no longer readily obtainable.

‘And, I repeat once again, in general, the establishment of communication does not mean at all that we will immediately begin to win. No. The rest of the problems will not go away, moreover, if, while we are establishing communication, no one is fighting with them, then after at least some normalization of management, the situation will not immediately get better. It will simply stop rapidly deteriorating. The rate of decline will stop. Improvements in the situation will still have to be achieved…’

The Russian Army has a tactical communications problem.

#WavellReviews “Something Rotten: Land Command in the 21st Century” by Jim Storr