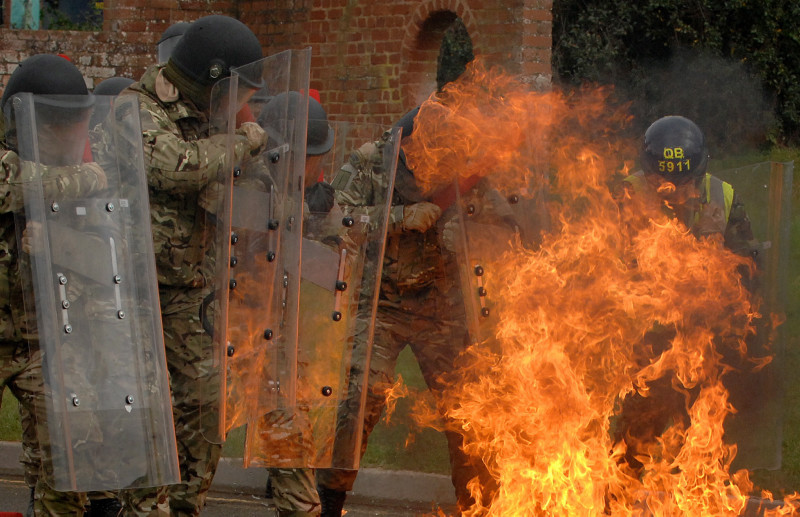 I am going to highlight one of the biggest cultural issues within the British Army; short termism. I believe that this short termism has partly contributed to a situation where some have described the Armed Forces as no longer ‘fit for purpose’.  I will attempt to illustrate the impact of this and argue, that without a change towards longer term thinking we will never resolve our issues.

In 1972 the then Chinese Premier, Zhou Enlai, was asked what impact the French Revolution had had; his response was ‘too early to say’. Now that is probably too long term a view, but it highlights a fundamental difference between Eastern and Western philosophy. We live in a world of instantaneity and whilst this is not simply a ‘millennial thing’, there is no doubt that the propagation of technology has accelerated it. This attitude, proliferated by the ever-increasing capacity for instant response, leads to knee jerk reactions or decisions often without long term and in-depth analysis, resulting in superficial solutions. So, why is it important to take a long-term approach? Why not simply accept short-term solutions and hope that they add up to a long-term solution?

Because that would be comparable to letting the tactical actions guide the strategic picture, which we have learned to be fundamentally flawed. Just look at the West’s foreign policy over the past 40 years, culminating most recently with the rise of ISIS and volatile extremist organisations due to the flawed ‘disaggregation’ policy, highlighted by David Kilcullen.

We have witnessed this culture proliferate in the military. Initiatives such as obligatory Diversity & Inclusion personal objectives and knee jerk procurement strategies embody a lack of long term thought. This mentality has also been prolific in our identification and assessment of risk, as well as national security strategy. For example the short term, seemingly risk free intervention in Libya has led to the rise of much larger long-term risks such as the rise of violent extremism from within the country.

This attitude creates reactionary rather than proactive individuals, but that it is not necessarily the issue. The problem comes when you combine this culture with the Army’s Military Secretariat system and 2-year posting cycles for officers. In a system where individuals’ careers are dependant on their performance within a constrained time period, toxic short term-oriented working environments can easily develop. Some individuals will choose to overwork their subordinates and focus on output to show themselves in a good light.  This may be beneficia in the short term for that specific individual, however, what happens next can go two possible ways:

Neither of these outcomes are good for the Army.  In the long run neither maximises potential at either an individual or unit level. Furthermore the system prevents individuals likely to break the cycle in favour of long term success from promoting to positions of influence.

Change in the respect of introducing longer term thinking requires a 2-pronged approach: First, target the cause of short term thinking, in order to create a new environment and to stop it happening in the future. Secondly to re-educate those individuals who have been through the old system.

One solution would be to initiate an appraisal 6 months after an individual has left a post that comments on the state that the individual left their last unit or job. This would incentivise the individual to look to the long term. As would a sensitively managed introduction of 360 degree reporting for senior leaders within units. A cultural change would need to accompany these procedural changes to effect a deep rooted change in the Army’s ethos and create a longer term approach.

A good leader will not only inspire those around them, but will also leave a legacy that long out lasts them. The ripples from the culture created and embedded by Captain David Marquet[1], on the USS Sante Fe, is an example of this, where awards and promotion carried on for a decade after his command. Companies such as PIXAR, have shown that a good product comes out of a good environment. The talk of long term postings at The Army Foundation College (Harrogate) in order provide continuity will be an interesting space to watch.

We must simultaneously change the MS system to reward those that show a genuine long term interest in their command, whilst educating people that they are only the custodian of a particular appointment and must look to leave it in a stronger place than how they found it.

This longer term approach will be bucking against the norms within societal and military culture and will take time. Nevertheless, it will leave the Army on a much better long-term footing and start the process of making us ‘fit for purpose’ again.

Tom has leadership experience with Airborne Infantry and has recently worked as an Aide-de-Camp for a Senior Officer.