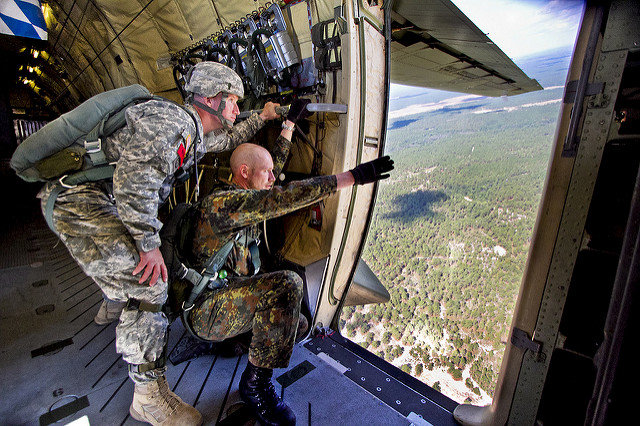 After World War 2 the Bundeswehr went through a period of ethical soul searching resulting in ‘Innere Führung’ (translation: ‘inner guidance’). This ethic places their constitution at the heart of military life as the “most important regulation” of being citizens in uniform[1]. With a dual purpose of stopping any repeat alliance between the army and National Socialism and enhancing democratic credentials of the new German state, it sets out the values and responsibilities for citizen soldiers whilst protecting their constitutional rights. The ‘enhanced morality’ of Innere Führung enshrines the values of human dignity, freedom, peace, justice, equality, solidarity and democracy. These in turn provide a measure of legitimacy for military action at personal and corporate level, a degree of integration between state and society, an organisational framework for commitment and discipline, and motivation for directed tasks.

In practice, ethical instruction for two hours every month is mandatory in the Bundeswehr, regardless of rank or assignment. With strong civilian input alongside military chaplains, there are high levels of engagement and appreciation regardless of individual religious backgrounds.

British Army annual training tests include ‘Values and Standards’, again taught mainly by chaplains, but only once a year. This doctrine and training was developed in response to the growing realization that the ethical conduct of soldiers was closely judged and tested through post-World War 2 hostilities[2]. This resulted in greater analysis of the ethical foundations and moral cohesion of British soldiers. In comparison, the emphasis for a British soldier is to be lawful whilst Innere Führung goes further into ‘conscious obedience’ where their obligation is to “disobey any order he or she feels might violate human dignity”[3]. There is a sense that Innere Führung has developed western military ethical values to a higher level. However, such development may not be an improvement or advancement for the British Army.

In Afghanistan and other testing theatres, Innere Führung provides a credible ethic for the Bundeswehr. However, some practical issues arise in a multinational context like the Franco-German Brigade. In asymmetric warfare, the ‘weaker’ force employs strategies to challenge and undermine the ethical conduct of the ‘stronger’ force. Clearly, a strong, coherent political and military ethic is likely to be mission-critical in any asymmetric conflict.

Innere Führung could provide an ethical model for western liberal interventionism drawing on progressive values. These are congruent with British counter-insurgency strategy, being ‘population-centric’ to win over ‘hearts and minds’. Compared to the Bundeswehr, the British Army could be viewed as underdeveloped in ethical thinking, teaching and practice. The Land Warfare School only established the SO1 Ethics post a couple of years ago. Ethical lapses in Afghanistan and Iraq are seen as aberrations[4], regrettable actions of a ‘few rotten apples’ under intense operational stress. However, our ethical language, understanding and discussions are not as explicit or frequent as Innere Führung.

Should the British Army increase the tempo of ethical engagement, education and practical training? Operational environments are undoubtedly stressful, subjected to greater scrutiny and judgement including ethical aspects at all levels from tactical to campaign and political. A single action [even partly captured by phone or media] judged unethical could break a campaign. Rules of Engagement are carefully developed, trained and implemented for each campaign. So perhaps surprisingly, ethics does not conflict with, but supports operational success. We may need to recognise again our ethical and operational duty of care to equip all ranks with a range of ethical toolkits to support operational success.

The views expressed within individual posts and media are those of the author and do not reflect any official position or that of the author’s employees or employer. Concerns regarding content should be addressed to our contact form

Ian has leadership experience working looking after the pastoral needs and welfare of soldiers across the British Army.