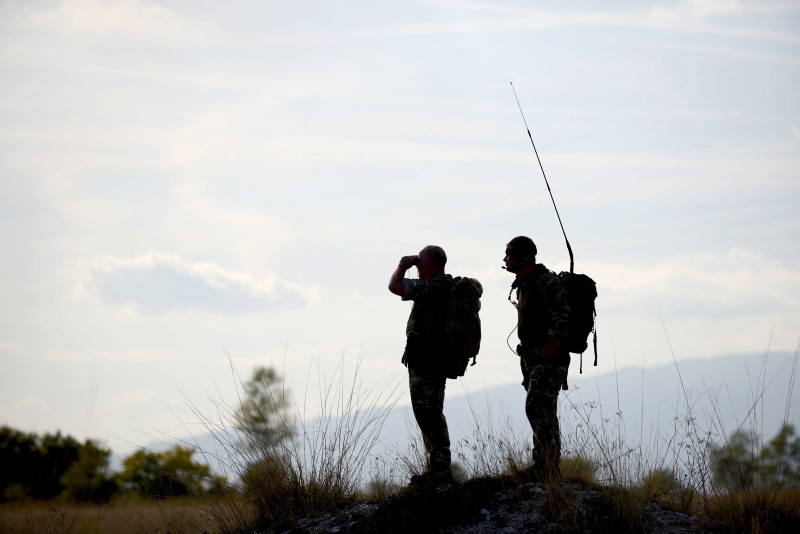 While practising radio silence on a recent exercise I realised just how reliant I had become on technology. It had made me lazy and more controlling than I would like to admit.

In Eastern Europe 2014 a column of Mechanised and Air Mobile forces from the Ukrainian Army was struck by a devastating rocket bombardment lasting only 3 minutes. The result was over 100 casualties and many vehicles destroyed.  It initially seemed as if the column had been targeted with Electronic Warfare (EW) assets; a sensor that detects radio transmissions and sends the location back to the rocket battery for targeting.  This is a worrying prospect for any military commander; that enemy artillery could home in on a radio transmission. This development leads us to adapt and overcome.  An easy way to combat enemy EW capabilities would be to impose radio silence; an exercise often talked about, but rarely actually done.  Up to now in my career I had never exercised radio silence and I found the concept of not being able to communicate with my subordinates during a task uncomfortable. So, on a recent exercise we gave the enemy forces EW and an artillery capability, forcing us to impose radio silence.  What I learned was much more than how to combat EW and the technicalities of imposing radio silence, but a lesson in leadership, mission command and empowerment.

The first mission, anti-armour ambush, I briefed as I usually would with a clear intent and key timings, but also imposed radio silence. Overall the action went well and the task was performed to the same standard as it would be using radios throughout. However, the ambush was sprung on a lone enemy vehicle moving along the track.  The team understood the intent: destroy enemy armour, and acted. However, a larger column came through later untouched. With radios, I would have said: ‘hold fire,’ on the lone vehicle. More detail in my brief covering all eventualities would have prevented this. Here I discovered that radios had made me lazy in my briefing because I knew I could control it well during the action.

So, for the next exercise I made sure I considered all eventualities and briefed the commanders applying more timings and constraints where necessary. When can you break radio silence? What should you do if you lose comms? What should you do if you get cut off? And if all else fails, destroy all enemy tanks and meet back at the rendezvous No Later Than 0230hrs.  This time I witnessed several changes in the unit. I saw junior commanders making decisions, good decisions, without any direction from me. One of the teams missed their pick up and rather than speak on the radio trying to rearrange it they carried out their task on foot successfully. Other teams encountered difficulties during the mission but they knew the intent and end state and were able to complete their tasks without further direction for 36hrs of radio silence.

Overall it was a liberating exercise. It showed me that my subordinates are incredibly intelligent, capable soldiers who, when empowered, given a clear intent and detailed set of constraints can be released on task and will carry it out to a high standard without further direction. All I needed to do was trust them. It was also a relief for them not hearing me over the radio always asking for an update. Radio silence is the ultimate exercise in mission command and is tactically relevant. Try asking yourself: Am I enquiring because I need to or because I can?

Will has 6 years of hands on infantry leadership experience