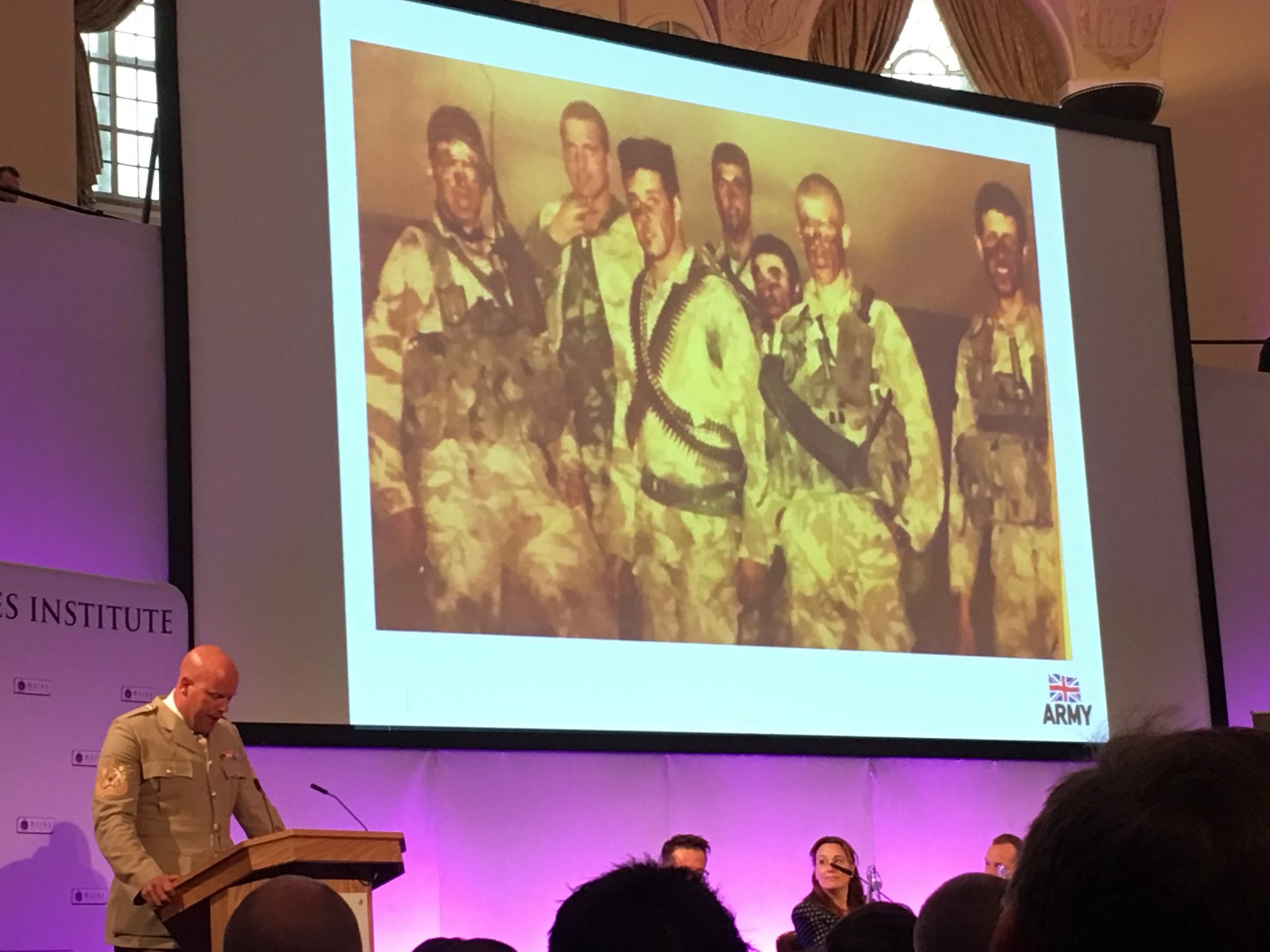 For the second year running, representatives from Wavell Room attended the RUSI LWC.  This year the conference was built on the foundation of a discussion on “Manoeuvre in the 21stCentury”.  Guest speakers from the UK, the U.S., Germany, Spain, France, Italy, Netherlands, Norway and Australia shared their views on the challenges land forces will face in future conflict.  Oddly, there was little focus on the Army’s new Strike Concept, nor was there discussion about how Strike Brigades will facilitate divisional manoeuvre.  Perhaps this is simply a result of the pace of change in defence since last year.  The Army has a new Chief of the General Staff.  The Ministry of Defence has a new Chief of Defence Staff.  The resulting organisational churn has meant a whole host of new appointments within the Army, replete with different opinions and perspectives on what is important in 2018 and beyond.

Regardless of your view on Mallinson’s #NoExperienceofSoldiering stimulated ‘twitterstorm’ driving our Whose Voice Counts article, this conference presents a fantastic opportunity for the Army to get ask itself difficult questions about how it must change in order to operate in a rapidly changing world.  However, for the Army to really achieve something from conferences like this it must think about running these conferences differently.  There has been evidence that the Army is willing to change its approach and adapt to an approach familiar to most in 2018.  For example, for the second year running participants have been invited to use a phone app to ask questions.  The questions are then voted up and down before being selected to go in front of the panel.  Whilst this is a step in the right direction, a leap forward is needed to adapt to modern ways of engaging, to derive the maximum value from this conference.

Rather than follow the age-old approach of using centralised keynote speakers followed by questions, a great deal more benefit could be found by breaking participants out into smaller groups.  A central lecture or presentation, followed by break out groups comprised of people from across the entire defence community would allow the conference to dig deep, explore some of the more challenging questions asked and capture the conversation from the assembled experts.  Using this approach, the attendance of the conference could be broadened to truly reflect the entire community.  Video conferencing would allow soldiers and officers to dial in and witness the dialogue.  Savings on transport and subsistence could be made, as service personnel could attend in a virtual capacity, rather than having to commit to time-consuming and costly journeys.  This is not to forget the benefit of networking and face to face engagement made by those who do attend, but it offers a chance for a larger audience and delivers on value for money.

Discussion groups, in either a physical or virtual presence could discuss the points made by key-note speakers and explore various aspects of the challenges being considered and allow for questions and answers to be addressed in a more intimate manner.  If executed correctly, the Army or other defence organisations could capture some varied outputs, whilst simultaneously generating a greater sense of community amongst participants and the organisation.  This style of interaction is increasingly routine and will appeal to the younger members of the armed forces, who are desperate to take part and feel like they are able to have positive effect on the organisation they love being part of.

Beyond post-keynote questions, the only opportunity at the 2018 LWC for real interaction and debate was in the coffee breaks, or at the #WavellTalks fringe event which we ran in the main RUSI building.

The RUSI LWC is a well organised, well attended and interesting event, but it has a greater potential than the output it currently achieves.  For it to be truly useful, organisers need to initiate change so that it remains relevant and generates real value for the Ministry Of Defence.