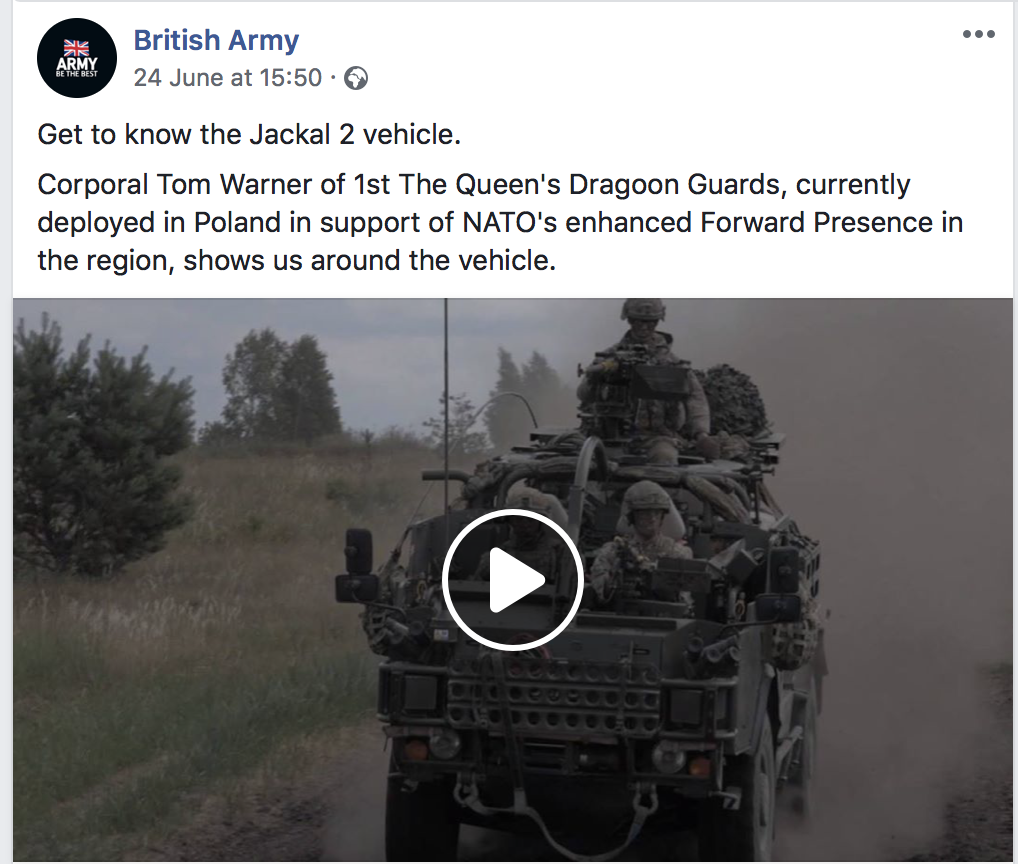 #THISISBELONGING is a recruiting campaign which can work.  There is a significant amount of research that points to a generation of young people who want to belong.  The British Army can offer a huge amount to young people; meaningful employment, life long education and skill development, adventure, a family, values, shared goals and empowerment of individuals to achieve goals.  This offer is synonymous with the images and stories captured in the campaign.  So why is the campaign floundering?

Put simply: the message is sound; the platforms are wrong.  The military needs to increase the number of social media platforms it uses and deregulate its approach to social media so it can really take advantage of this powerful tool.

The Army needs to take its message to its audience, not sit back and expect the audience to come to them; a proactive information push approach, rather than a passive information pull approach.  One way to do this is to take advantage of apps like Snapchat, an app which allows people to quickly share their experience with a huge audience.   As of 2017, there are 13.6 million registered Snapchat users in the UK.  Snapchat is by far the most used social network by teenagers (its even pulling users away from Instagram) in the UK, and the fact that the British Army does not take advantage means it is neglecting a platform that its target audience is communicating on.

Currently it is easier for a young person to find out what is going in Taylor Swift’s life, than it is for them to find out what the day to day life of a soldier is like.  Whilst risky, if the Army promoted some soldiers’ Snapchat accounts, young people could follow these.  They would thus understand far more what it means to be a soldier and to ‘belong’, than by following the Army on Instagram.  Whilst regular images on Facebook and Instagram of the Army may be effective to some extent, allowing young soldiers to use Snapchat as a platform to promote the Army could be game changing. For many teenagers, video is far more attractive if it is gritty and raw.  Videos which seem authentic, rather than something of ‘movie’ quality, get more attention. POV style Vlogs, recorded on a phone can be more effective at getting a story across than a perfectly edited masterpiece.

For this method to be its most effective, the military must practice what it preaches: trust.  Young soldiers must be given some basic training, an intent, some clear boundaries and be allowed to get on with it.  They must be trusted to broadcast their message, trusted to tell their story.  If you want to reach young people, why not do it on a platform they use, in a language they understand, with someone they can relate to pushing out the message?  At present, the Army publish a huge amount on Twitter; not the platform of choice for young people.  The Army use acronyms and complex language in their social media posts, language which is not accessible to the target audience and will often post content that doesn’t appeal to the target audience rendering the activity redundant in terms of recruiting effectiveness.

A recent poll was conducted in The Cabinet, a Facebook group designed to promote discussion and debate among teenagers.  At the time of writing, it has 20,000 members. 735 people responded to the poll asking their opinions on Army social media. Only 23 selected the option ‘Army social media is good’. The below table is a summary of results.

One user commented that social media needs to show ‘more of the actual opportunities and attractive features’.

Another responded: ‘they’re answering questions that no-one is actually asking – i.e. “Do I have to be a superhero to join the army?”. Literally no one has ever thought this, everyone knows it doesn’t take an athlete or a genius to be a soldier’. He went on to add recruitment should be ‘just something that actually answers useful questions like what can I do in the army, what’s it like, what do I get’.

By far the most ‘liked’ comment was ‘The campaign needs to roll back on the politically correct-multiculturalism focus and actually relate its content to the job and opportunities the army can offer. We all know that you can be in the army no matter your ethnicity, religion, orientation, or gender. We don’t know the opportunities’.

It should be noted that a large number of users referenced the ‘Made in the Royal Navy’ campaign as one that hugely appealed to young people. The overall consensus was that #THISISBELONGING was ‘a poorly executed campaign and focused too much on specific issues’.

The Army needs to accept some risk.  To accept there will be the occasional slip up, the occasional diversion from the official lines to take from a tired soldier, posting about what their life is really like. But what there will be is the opportunity to connect, the opportunity to really engage.  Whilst it may appear hugely risky to the Army Board, allowing soldiers to have Snapchat or Instagram accounts, the benefits could be significant.  Enabling young soldiers and officers to post on Snapchat and Instagram their day to day activities, unfiltered, and uninfluenced by the chain of command gives a fantastic opportunity for young people to gain a real understanding of what it means to belong.

The Army Sergeant Major held the full attention of a crowded room when he told his story at the RUSI Land Warfare Conference: ‘The best thing about being a soldier is having mates that would die for you.  And that you would die for.’  If we want young people to understand this message, then, the message must come from junior officers and soldiers, who are encouraged to tell their own stories. 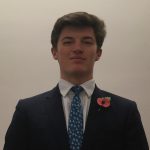 Henry is an 18 year old student with a passionate interest in defence. He writes for the UK Defence Journal, and intends to study Strategy and International Security at Exeter University.

Mayday in The Magellan; Part 2 – Priorities