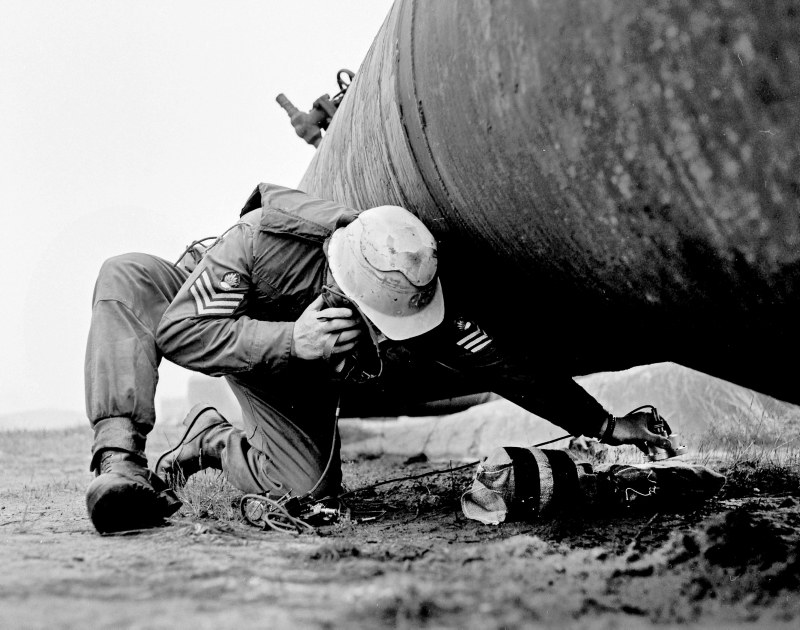 The fear of failure and the subsequent impact it can have on individuals’ careers has created slavish adherence to risk mitigation policies; commanders are willing to risk their lives, but not their careers. As we move into an ever-complex future the British Army’s management of risk is a major stumbling block and is in danger of paralysing us. Risk has become so entangled with failure that it is something to be feared rather than embraced.(1) This issue is critical in a workplace were risk management involves people’s lives, we must change and adapt in order to avoid risk paralysis turning into operational failure.

I recently saw an example of this after coming off exercise. By rigidly enforcing a mandatory five hours rest, individuals actually drove back later, on darker, busier roads. Such rigidity to risk mitigating policy actually placed the soldiers and wider community in more danger, this low tolerance in camp has seeped into the operational sphere. Recent personal experience on OP SHADER reflected little change to what Lt Col Fullerton, CO HCR, found during Op HERRICK 11:

“We lacked the Mission Command delegation to decide what we wore and carried in terms of protection. However, it is not even as simple as that, because we need to introduce the logic of risk-management into our training. While the heavy Force Protection equipment is excellent (and is required at times), its weight prevents soldiers being able to move tactically, and at times becomes a hindrance to tactical success.”(2)

Both of these examples show a lack of Mission Command. The world is too complex to mitigate risk at a macro level; an approach that actually increases the risk to individuals on the ground. These examples are driven by a fear of a negative outcome [failure], something that current Army culture purports to be unacceptable. This approach means that the opportunity for exploitation, that often comes with risk, will be missed.

In order to make a more risk favourable environment, we have to change from the Army’s current ‘Performance Driven Culture’ to a ‘Just Culture’. A ‘Performance Driven Culture’ creates an environment where people are either succeeding or failing, rewarding those who succeed. In contrast a ‘Just Culture’ is; “A culture in which front-line operators or other persons are not punished for actions, omissions or decisions taken by them that are commensurate with their experience and training, but in which gross negligence, wilful violations and destructive acts are not tolerated.”(3) The link between failure and risk is vital ground if we are to embrace, rather than fear risk and this requires a recalibration of how we think about failure. In this regard Nelson Mandela’s comments on failure are instructive; “I never lose, I either win or I learn”.

James Dyson’s 5126 prototypes [failures] prior to the launch of the first Dyson vacuum cleaner, highlights the important role of failure on the journey to success.(4) Unless we create a culture that sees failure as an opportunity, we will always have a low tolerance for risk and try to plan against every possible outcome. This is futile in a complex world; we must change from ‘risk mitigation’ to ‘risk adaptation’.

In his book ‘Team of Teams’ General Stanley McChrystal talks of the ‘risk adaption’ culture he brought in during his time in charge of Joint Special Operations Command fighting Al-Qaeda in Iraq.(5) The multifaceted environment the US and UK Special Forces found themselves in required a fundamental change to their approach in order to exploit opportunities and not freeze in complex situations.
‘Risk adaption’ saved US Airways Flight 1549. At the time, no procedure existed for a duel bird strike and complete loss of engine power that Captain Sullenberger and his crew experienced; this risk had not been mitigated. Yet, the mandatory Crew Resource Management training of pilots created a culture of risk adaptability. Captain Sullenberger “credited the US Airways CRM training for providing him and the first officer with the skills and tools that they needed to build a team quickly and open lines of communication, share common goals, and work together.”(6) The crew did not freeze despite a lack of formal process but used experience to conduct a water landing, one of the most complex things a pilot can perform.

This is not about throwing contingency planning out the window or taking unnecessary risks. It is about understanding that the world is too complex to use prescribed processes in the management of risk: those on the ground must have the freedom to act without the ‘Sword of Damocles’ hanging over their head.

Changing the Army’s approach to risk does not sit in isolation, it is part of the complex ecosystem of our culture. Shifting to ‘risk adaption’ will not be possible until we accept failure as a positive and embrace a ‘Just Culture’. Risk must be seen as an opportunity to be exploited, if we are to get onto the front foot again. Once this approach becomes part of our day-to-day life the benefits will be seen from training to retention; making the army fit for the present and prepared for the future.

Tom has 4 years of hands on military leadership experience in an Infantry Unit.

Should British Battlefield Helicopters be Operated by a Single Service?