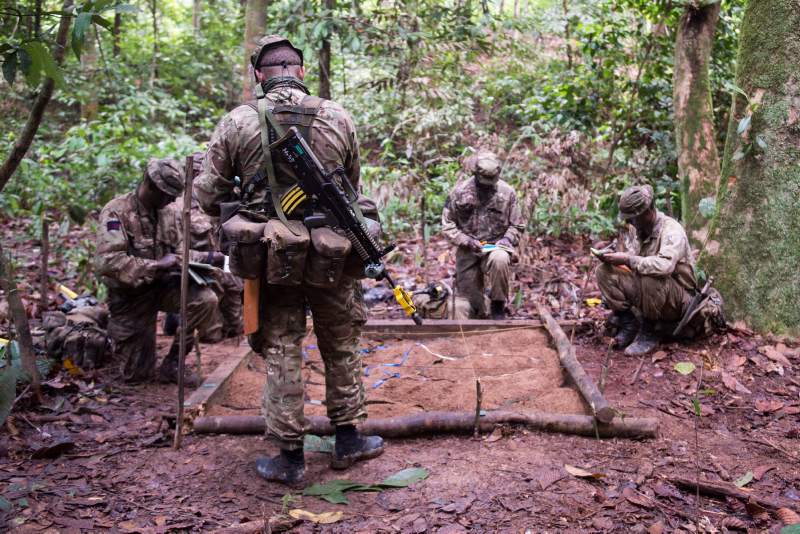 Can the British Army win win the narrative?

I am pleased to report that since leaving the British Army’s Intermediate Command and Staff Course (Land) (ICSC(L) – the 8 month residential course taken by all newly promoted Majors) I have started to look at the world differently.  Perhaps the lectures in the Churchill and Tedder theatres paid off!?!  I realised this the other evening, whilst pottering about in my room, Radio 4 was broadcasting a programme, the subject of recruitment in the British Army.  The programme covered familiar ground explaining how recruitment was an issue for the Army as a perfect storm of high employment, perceived lack of adventure since the cessation of Op TELIC and HERRICK, all compounded by issues with the Capita contract.

One interesting aspect which was discussed was the perception of soldiers being perceived as victims.  Although interesting, this is not new; in 2017 General Carter gave an interview on the topic emphasising that soldiers should receive empathy and not sympathy.

The more I listened the more frustrated I became.  Was it because of the recruiting issue(s)? Was it the out of date references which the civilian ‘experts’ were using? Or was it the fact that ICSC(L) had turned me into someone who listens to Radio 4 on a Thursday night…? It was a combination.  After some hasty soul searching I discovered the source of my angst – the lack of ‘Green Skin’. There was no one from the Army with ‘a dog in the fight’.  There was no one to correct the retired Officer stating the Army recruits directly from the Commonwealth, which is not true.  This may have been true a decade ago but recently Commonwealth Soldiers have been required to live in the UK for 5 years and have a valid UK passport prior to joining.  There was no one to rebut the ‘soldiers are victims’ fallacy.  Even if it was a real life talking person rolling out pre-prepared lines such as ‘soldiers are not victims, the Army offers a varied and for fulfilling career’.  The only input the MOD had into the whole 30 min show was “The Army has enough personnel to meet current commitments”.  That was it.  Eight words in a thirty minute broadcast.

This problem is not exclusive to traditional Media.  The British Army Twitter feed is an excellent source of good news stories, images and video.  But that is where it’s utility as a news source ends, the same can be said for the MOD website.  A separate Twitter account could challenge some of the fake news stories out there.  It could, through “Direct Messaging”, offer an alternative to the public naming and shaming which is often seen on Facebook Groups such as ‘Fill Your Boots UK’.  It could, if empowered, resolve these issues where there genuinely has been a failure in the ‘system’.  Currently there are Twitter members who do this for free out of benevolence and pride (@SirHumphrey and @ThinkDefence).

How are we expected to win a narrative in a foreign land when we cannot even challenge the narrative in our homeland? What is the MOD so scared of? Why does it have to be a General Staff Officer in an unscripted interview? Why is the MOD nervous about having a real life person involved in a live debate where they can deliver their message, challenge inaccuracies and take other views?  Would this not show that the Army is human and representative of society? Would this not reduce the fake news about the Army and the Military?  The power of the human touch was recently shown with Eddie ‘the work experience boy’ taking over the Southern Rail Twitter account.  I am not suggesting we hire the Army Cadet Force but through showing humility a teenage boy was a good news story and, a despised Train Company, was suddenly in the news for the right reasons.

This constant rolling out of prepared lines and silence increases the perception that the Army takes young men and women and turns them into automatons.  It turns our Super Garrisons into Super Echo Chambers.  It does our organisation no favours.   If we want to win the narrative on a foreign field, we should start contesting it on our home turf.  This is not to say we should only speak the party lines, a constant, dynamic conversation between a nation and its military is no bad thing.  A persistent dialogue would keep the military in the public conscience and reduce the mystique which surrounds MTP (combats) clad individuals.

We are empowered to use lethal force yet there is a reluctance to empower individuals in front of a microphone, camera or internet connected keyboard.  Isn’t it about time we were given some media rules of engagement (ROE) and practiced the contemporary skill of media mission command?