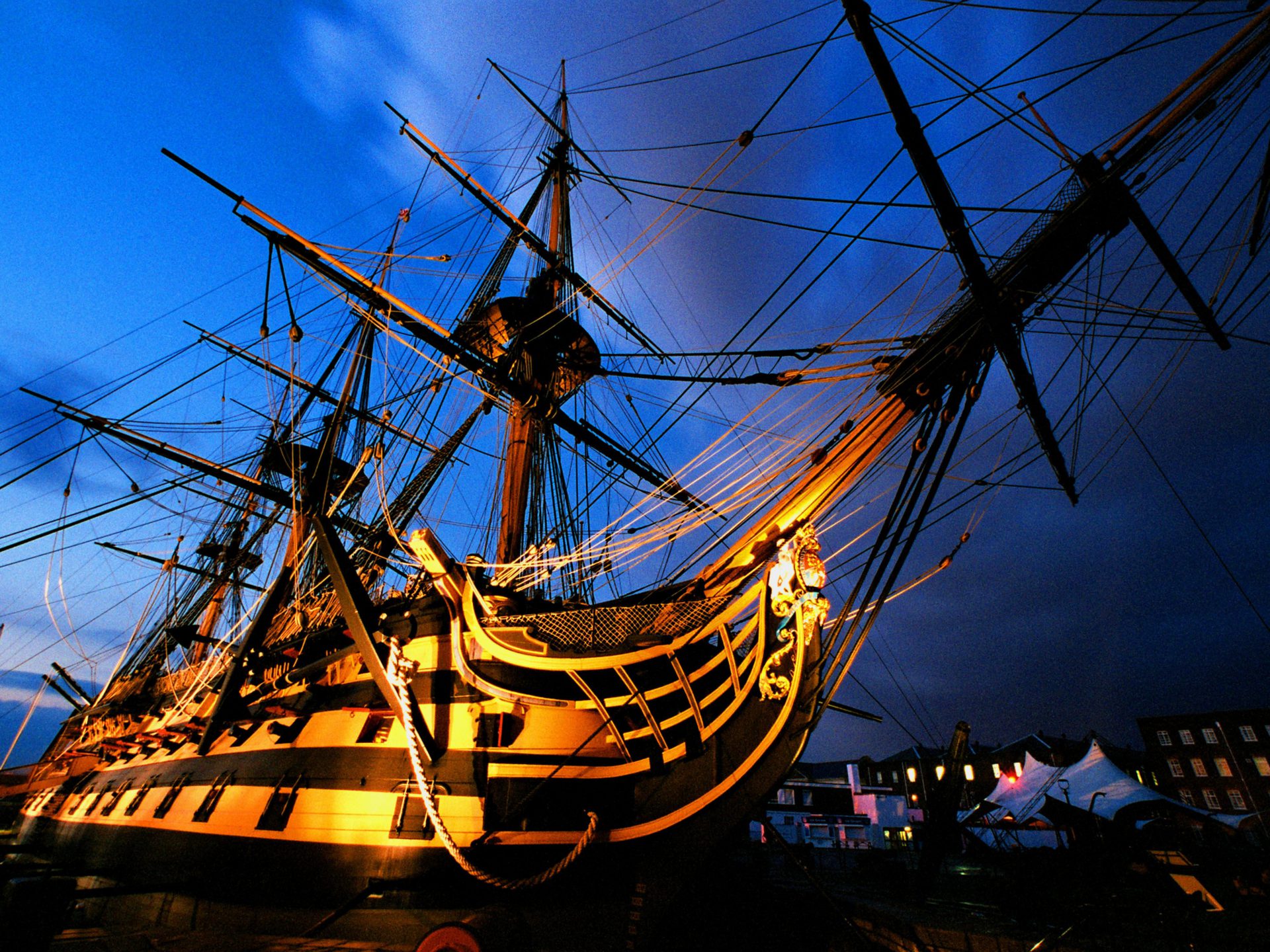 On the surface it is the ultimate heresy. Trafalgar Night is a time when the Naval Service across the globe comes together to celebrate the ‘immortal memory’ of one of our nation’s greatest heroes. The crushing, era-defining victory at Trafalgar has shaped the myth and culture of the Royal Navy for the past 213 years.

But is it time to ditch in in favour of something new?

As we embark on our very own ‘new era’ of maritime engagement here on The Wavell Room, two members of a very different looking 21st Century Royal Navy tackle this thorny question head-on.

Trafalgar Night is an anachronism: there are far more worthy people and actions to celebrate over a glass of port, argues Jack.

As the Naval Service moves towards the era of dual deterrence (nuclear and conventional), striking from the sea and assuming the mantle of the Supported Commander, it is time we stopped celebrating Trafalgar Night. Let us be clear from the outset, this is not an argument based on a desire to suppress fun, ban good food and wine, nor enjoying ourselves. It is instead that Nelson, Trafalgar, and what they represent don’t sit well with a modern Naval Service.

If Nelson served today, he would have been sacked from his sea assignments for values and standards failures, combined with a willful disregard for orders from his superiors. He also enjoyed being out of communication with his superiors for weeks on end, as he chased the French for thousands of miles. Whilst the last two sentences may raise wry smiles, and contemplation of what we would have done in his situation, our active celebration of both is dissonant. None of our careers would survive doing what Nelson did, and thus for our seniors to routinely celebrate him as a ‘great admiral’ betrays a significant “say-do” gap.

It might be that the era of Carrier and Littoral Strike, combined with Continuous at Sea Deterrence, brings in un-paralleled levels of Mission Command. We might offer individual Commanders the latitude and ability to risk all by trying dangerous and untested tactics in battle. We could do all this under conditions of complete EMCON silence. I honestly don’t know if any of those ideas are worth doing on the modern battle-field. But hand on heart, can any of us  say we think they’d be supported in the political, strategic and operational environment we find ourselves in? If not, then why are we celebrating Trafalgar?

The broader concept of a mess dinner, to bring us together, to relax and enjoy one another’s company, whilst dits are spun, should be enough. If we need to celebrate beating the French, there are more than enough battles where we did that. The Battle of Quiberon Bay handily combines a decisive Royal Navy victory, sheer guts and courage, and a relatively suitable date. If we want to celebrate a modern tactical victory, then the Battle of Al-Faw offers a fight that every section of the Naval Service was engaged in. The latter also offers the chance for quiet contemplation that tactical success means little if we have no idea what we are doing operationally or strategically.

But it might be that we want to keep on celebrating Trafalgar Night, in which case we must celebrate and own everything to do with the flawed genius who won it. We cannot admire Nelson’s battle winning acumen with acknowledging his extra-marital affairs and poor personal behaviour. We need to work out how to reconcile a Commander who was willing to risk all to win with a Service that has becoming increasingly risk-adverse. Most importantly, we need to explain to our Junior Officers and Sailors why we celebrate Nelson routinely ignoring orders and directives, in an effort to win, when we would not grant them the same latitude.

As we raise a glass to the “Immortal Memory”, we need to think about the future, about the type of Navy we are, and what we want to be. Are we risk takers and convention breakers, or are we faithfully and solidly executing our orders? Is there a future Nelson in your Wardroom, or would you sack him (or her) for disobedience, moral failings and arrogance? And if we’re not willing to have those types of people, then perhaps it’s time to put our port glasses down.

Balderdash! Nelson may be flawed, but he is as relevant today as ever, writes Andrew.

The parallel essay to this argues that Nelson has little relevance for the modern Royal Navy, and should be allowed to fade into the background.  Here I argue that to the contrary a study of Nelson much to teach us today, particularly in the areas of leadership, his determination in making decisions and his focus on effective communication.

As you will recall, Nelson served in the Royal Navy from 1771 to 1805, leading British fleets in the smashing victories of the Nile, Copenhagen and Trafalgar.  One reason for his success was his ability to inspire his sailors.  This was based on personal courage, his patent dedication to the cause he espoused and his genuine care for his sailors.  His men knew that he would ask nothing of them he would not do himself, with his leading the boarding party at the battle of Cape St Vincent, sword in hand, being just one example of many.  His loss of an eye and an arm in battle, along with many other blows, testified to his repeatedly being in the thick of fights.

Outside battle he constantly busied himself with his sailors’ welfare, from ensuring fresh supplies whenever possible to caring for their careers and the letters he wrote with his own hand to the families of men lost under his command.  Our best leaders today do much of this, but not all do, and it is useful to be reminded of the ‘gold standard’ to which we should aspire.

Nelson’s personal touch with his sailors was matched by an astute ability to align aggressive tactical action with strategic and political reality.  His choices during his chase of the French fleet in both the Nile and Trafalgar campaigns displayed clear understanding of the vulnerabilities that needed to be protected, the enemy intent, logistics and much more.  His proclivity for close action was very real but can be overstated.  For example in 1799 he stayed in Naples rather than seeking out the enemy at sea because his presence ashore was necessary to maintain political order.

Above all his courage, so obvious in the physical sense, extended to an ability to make decisions rather than temporise or seek higher orders.  His April 1805 decision to follow the French fleet across the Atlantic to the Caribbean, leaving his assigned post 3000 miles behind and exposing the British position in the Mediterranean to French attack, based on entirely inadequate information, must be one of the bravest things a British commander has ever done.  He knew that a decision was required and it was his to make.  The difference between Nelson and our commanders during the occupation of Iraq, where everyone from the Minister of Defence to the 2 star in command in Basra apparently thought it was someone else’s role to make the big decisions, is stark.  In conceiving and deciding upon plans Nelson is worthy of emulation.

But plans are useless if they are not conveyed to those who carry them out and again Nelson has a lesson for us.  His plan for his greatest victory, Trafalgar, was so clear in the minds of his subordinates that he gave only three signals during the entire battle, none of them giving tactical direction.  He achieved this in a written order comprising just 812 words of text and explaining the plan to all his commanding officers in person over a meal.  It is something to remember as we wade through 40 page long orders plus annexes, and two hour long power point presentations.  His secret here was to really think through what he meant, distilling it into its essence while putting himself into the shoes of his subordinates, appreciating their level of understanding, their fears and their needs.   Again, Nelson’s example is one we can learn from.

Of course Nelson was not perfect.  His vanity and his dalliance with the wife of a civilian colleague while already married (albeit with that colleague’s willing consent) were both unbecoming.  His correct tactical aggression could extend to recklessness, such as when he attacked the mole at Tenerife having lost surprise and with every indication that the plan could not work.  So we need to be selective in what we take from Nelson.  Indeed Admiral Goldrick of the Australian Navy has suggested that we need “less tradition and more history”, ie that we should examine what has been passed down and determine what is useful and what is mere accretion, often of recent vintage.

There are also differences between Nelson’s world and ours.  He enjoyed a level of technological certainty we lack and communications from and to his superiors took weeks, not seconds.  There are other people we can learn from as well.

But all that said, in Nelson we have a man who led with courage and genius, planned with determination and communicated simply and clearly, none of which we get consistently right today.  For all our modern equipment warfare remains a deeply human process.  We have much to learn from Nelson.

Andrew is a surface warfare officer whose twenty one years in the Navy have seen him serve ashore in Iraq, at sea in the Arabian Gulf four times and in the Baltic, Caribbean and South Atlantic twice each.  He enjoyed staff course and has written for the Naval Review and Mariner’s Mirror.

Jack Joined the Navy in the last millennium and is still serving. A warfare officer, he has deployed around the globe, and held held a Command position at least once.