In May of 1916, Captain William Sims was the “plankowner” commander of the USS Nevada, a brand new Dreadnought type battleship which launched in 1914 and was being constructed as part of American preparedness efforts as war raged in Europe.  While Sims began fitting out the new vessel and preparing her for deployment, an article he penned just a few weeks earlier appeared in the U.S. Naval Institute’s Proceedings.  In the midst of the hectic responsibilities of commanding a new ship of the “big gun club,” Sims remained engaged in something that would persist as a passion project for him for the remainder of his life: naval education.

Some four months earlier, in January 1916, Lieutenant L.C. Farley had published an article in Proceedings on the impression that most naval officers held of the U.S. Naval War College.  Their views were not positive.  According to Farley, most officers saw little use in the U.S. Navy’s post-graduate school. Quoting his shipmates, they believed the institution was too “high brow,” was not “practical,” and required officers to learn “words that had to be looked up in a dictionary.”  Sims was just as incensed as Farley was about the “seagoing” officers’ lack of interest in learning the strategic and operational foundations of their chosen profession.  The Captain, who within a year would be an Admiral working in London alongside the Admiralty to coordinate allied Anglo-American naval efforts, wrote his short essay in part to support the Lieutenant’s desire to raise the profile of naval education, and in part to put a slightly different spin on it.

Much of Sims’ article is a description of the War College program of 1916, and a discussion of the American officer corps of the era.  Historians can read the essay to help understand the U.S. Navy’s learning culture before its entry into World War I.  However, toward the end of the article he comes around to a discussion that is fundamental to both the military profession regardless of era, and to his article’s title “Cheer Up!: There Is No Naval War College”: Education is not just the responsibility of schools and service colleges, it is part of every officer’s job as a military professional.

Sims’ experience as a student at the Naval War College in Newport, Rhode Island had fundamentally changed his outlook on the profession of arms.  In 1919, after serving as Commander of U.S. Naval Forces in European Waters during WWI and returning to Newport as the President of the college after the Armistice, Sims reflected on his own educational transformation.  He had realized during his time as a student in 1911 that, despite twenty years in uniform and already having commanded a battleship, he actually knew very little about the strategy and operations which should be guiding his service.  After the year as a student, he remained aboard the War College as an Instructor, and continued to develop his appreciation for the centrality of naval education.  But reflecting back on his experience from 1919, he pointed out that there was no way for him to learn everything he needed to know in simply a year of study, or even in an additional year or two as an instructor.  Instead, he came to the realization that for twenty years he should have been pursuing his own course of self-study and personal education.  There is simply too much to learn.

But Sims also recognized that individual and personal self-study could be a real slog, and this was particularly true if one had little background in military history or international affairs.  Just knowing where to start was a challenge.  He related to his students in Newport a sentiment that Will Hunting would express a century later, as a junior officer he read a lot of books but he picked the wrong books.  He had not been reading military history or about foreign policy and decision making.  To help alleviate this issue, in 1921 Sims published his reflections in a Proceedings article and he included a suggested reading list of six books for junior officers to begin their self-study program (a list including Wilkinson, Clausewitz, Mahan, and Corbett which still stands up well today!).  He also developed a wider explanation of the professional responsibility of personal education which included the admonition that:

[I]t behooves all officers who have a just regard for their future careers to prepare themselves successfully to meet these conditions…With this end in view it is evident that the earlier officers begin the studies in question, and the more they are able to accomplish in the way of acquisition and mental training, the better it will be for them and the service.

In setting out these suggestions, Sims made the case that if officers simply waited to be sent to a school before they started considering their own naval education, it would be too late, and they would diminish the effectiveness of the U.S. Navy.

But in overcoming the slog and challenge of getting started in self-education, Sims also recognized that we are not alone.  Or that, at least, we shouldn’t be alone.  In his “Cheer Up!” article, Sims aimed his closing argument at the more experienced leaders of the service and admonished them to embrace their responsibility in the education of their subordinates and wardroom-mates.  In particular, he insisted that the graduates of the program in Newport must return to their ships and take up a role as teachers themselves, bringing their newfound knowledge and understanding to their shipmates in the fleet.

In the aftermath of the Great War, just as today, there simply were too many officers in the U.S. Navy to expect to be able to send all of them to the yearlong course at Newport.  Because of this the “officers returning from the college to the fleet are just as capable of instructing the officers of the fleet,” as anyone else might be.  He encouraged the use of the correspondence courses that the staff in Newport had been developing, and when he became President of the War College he began working on opening “Extension” schools at the bases where the fleet was concentrated.  But to Sims, naval education was far more than a matter of collecting degrees and certifications, or completing courses, it was a career-long effort and it was both an individual responsibility and a group effort.  Commanders and leaders had a responsibility to oversee not only the training of their wardrooms, but also to begin laying the foundations of the education of their juniors.

A century after the end of World War I, armed forces around the world have been having a very healthy discussion and debate over the modern role of professional military education (PME).  Calls for reform or improvement are also met with debate over what should be taught, and the pedagogical approaches to the learning at staff colleges and war colleges.  However, something has been missing from this healthy and necessary discussion of our educational institutions.  That missing element is the military professionals’ responsibility outside of the dedicated classroom.

Sims’ writing and thinking on naval education was three fold.  First, he always advocated for the constant improvement and development of the schools and colleges that teach the profession of arms.  But second, he insisted that we have an individual and professional responsibility to ourselves to pursue learningabout our services and our roles in the world.  And third, Sims believed that leaders have a responsibility to teach.  The U.S. Marine Corps has a saying that every marine is a rifleman, and to Sims every commander or war college graduate should be a professor of practice.  We have a professional duty to begin the education of the junior officers under our leadership and command, not just a need to train them to memorize procedures or practice tactical and technical skills.

This third element, our responsibility as educators as well as tactical trainers, is entirely absent from today’s discussions of military and naval education.  Looking back on my own twenty years in the service, I rarely even knew if my skippers had attended the Naval War College, never mind what they had studied or written about while there or what they thought of Mahan or Corbett in the modern world.  Many of them were phenomenal leaders, but they did not engage with the intellectual elements of our profession.  The one clear exception was a squadron skipper I work for who was a Newport graduate and who had served as a Junior Fellow with the U.S. Navy’s Strategic Studies Group.  When I approached him about the first Proceedings article I ever tried to write he gave me constructive and encouraging feedback on the draft — an article focused on naval education policy which was published later that year.  While many expressed sympathy for my efforts at self-study over the years, he was the one who personally invested his time to work with me on developing my professional knowledge.

Sims himself was notorious for encouraging the officers who worked with him to develop and educate themselves. From the Lieutenants like William “Bull” Halsey who worked for him when he commanded the Atlantic Flotilla, to the members of the Planning Section at London Headquarters with him during the war, to the members of the wardrooms across the fleet who he encouraged when he was Inspector of Target Practice, Sims’ iconoclastic nature always made an impression.  Perhaps it is time to take up the prescription from his article, by endeavouring to look “across the wardroom tables, get busy, read the books, take the correspondence course, get up chart maneuvers, and learn the great game” which is the execution of our services’ missions of war and peace.

True military professionalism requires education.  But true military education can not be reserved solely for dedicated classrooms on a set of shore duty orders.  Whether naval professionals, or from other military branches, classroom learning must be supplemented by personal self-study, and also by the instruction and mentorship of the “professors of practice” who lead our units all over the world.  If you’re a senior officer and you’re not up to the task, it’s time to accelerate your own self-study so you can rectify that.  If you’re a junior officer, it’s time to start asking questions and sharing what you’re reading and learning about yourself and about your profession.  There most certainly is a Naval War College, and there are many other valuable staff and war colleges all over the world, and we should be working to improve them.  But nobody is going to force anyone to learn.  That’s up to you.  Cheer up! 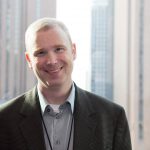 Commander Benjamin “BJ” Armstrong is former search and rescue and special warfare helicopter pilot currently serving as Assistant Professor of War Studies and Naval History at the U.S. Naval Academy. He earned his PhD in War Studies with the Laughton Unit at King’s College, London.  His books include 21st Century Mahan: Sound Military Conclusions for the Modern Era, 21st Century Sims: Innovation, Education, and Leadership for the Modern Era, and the forthcoming Small Boats and Daring Men: Maritime Raiding, Irregular Warfare, and the Early American Navy. The opinions expressed are offered in his personal and academic capacity and do not reflect the policies or positions of the U.S. Naval Academy, U.S. Navy, or any government agency.