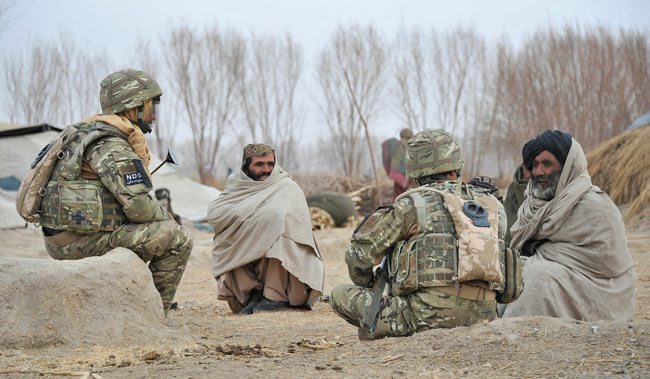 My trade as a Military Linguist, at least as currently constituted, is going to die.  It gives me no pleasure to offer this terminal diagnosis, but its death is inevitable and, in my opinion, it will die quickly.

For two-thirds of my career I have been an OpMI (Operator Military Intelligence Linguist) and more recently an OpTI (Operator Technical Intelligence).  The basic function of this role is to listen to enemy voice traffic and translate it. This task, depending on language and target can range from an extremely simple translation to incredibly complex and culturally sensitive language assessment.  The competence of the operators also ranges from basic to expert.  The numbers employed in working on any particular language are never high, ranging from single figures to perhaps three figures supporting big campaigns.  The majority of these linguists are second language speakers, although there are some native speakers involved.  Other nations use a higher proportion of native speakers and thus their calculation will be different.

The development of increasingly accurate automated translation tools is going to render this skill set and thus career stream largely redundant soon. It is not going to replace the human translator in any and all circumstances, but it will replace human translation in circumstances when a gist of the content is the main requirement.  Machine translation is not likely to grasp nuanced intonation in the near future, nor will it recognize the full range of human expression but it should be remembered though that second language users are not necessarily good at detecting these things either.  There is no reason why a machine learning system should not master these skills in time, just like a skilled linguist or native.  Furthermore, it should suffer no systemic disadvantage in detecting veiled speech, colloquialisms, coded phrases etc. since there is no logical reason why the translating linguist should be better at spotting these things than the reading analyst.  In practice, codewords and veiled speech etc. are discovered by analysts as much as by linguists.  It will not detect these things 100% of the timebutcrucially, it will be no worse than average.  On the positive side, machine translation tends to work better in specific domains, i.e. is best when it can adjust for specific language contexts.

The capabilities of machine translation should not be over-estimated. It may suffer from insurmountable difficulties in producing fully accurate translations of very colloquial conversations, whether spoken or written (e.g. a Twitter thread) or conversely, of high-register literary or religious texts. But this fundamentally does not matterwhen contrasted with the ability to produce comprehensible gists of any piece of written or spoken language in the world.

The remaining tasks for linguists will be to produce high quality translation in those contexts which MT finds most difficult andwhere the requirement for accuracy is highest, combining HT & MT.  There will be some demand for linguists in rarer languages since these will take longer to reach the required automated accuracybut not necessarily that much longer. There will be a reducing but extant need for high-level quality control to make sure that the applications are still achieving the requisite degree of accuracy. Again however, the indicators are all travelling one way: the requirement has in some contexts reduced from a requirement to touch-up 80% of a text in 2016 to 10% in 2018.  There will be no need for these quality control professionals to be military personnel: they will be professional linguists qualified to a level most military linguists do not currently approach.

Later, accurate applications will be developed to interpret conversations in real-time: currently the secondary role of my trade.  Although the precise moment that this will take place is difficult to predict, the trajectory of development seems to be a matter of years, not decades. Prototypical software from Google and Microsoft already exists for doing this and, language by language, fewer and fewer real interpreters will be required.  If one had to, in the absence of an interpreter, these tools could be used now in some languages, so it is likely widespread adoption will happen quite soon.  Live interpreters will become a luxury item at the top-end of government, military and commerce.  Speaking another language will be a nicety, not a requirement for the conduct of basic military operations in any field.

Google Translate, created in 2006, has steadily improved on its somewhat clumsy initial efforts but, the move in November 2016 to a neural network from a statistical basis appears to have helped make the next jump in accuracy.  There will be no real choice about whether these tools are adopted: I have personally witnessed their increasing use.  I have seen a non-Arabic speaking RAF Doctor re-rolled as an Arabic media monitor on an operation in 2016.  With a little help he was able to produce a product useful to the commander which would not otherwise have been done.  A major UK HQ is currently using open-source tools for real-time analysis & warnings using MT but which is usually invisible to the (non-linguist) human operator.

Translation tools will soon be as accurate as the averagelinguist in most languages and infinitely quicker, therefore I expect that the majority of a linguists work will become increasingly automated.  Written translations will be replaced first, followed by verbal. One can predict an intermediate stage where most of the linguists only perform quality control over the computers’ output.  These applications will be open source and thus potentially deployable anywhere and available to soldiers outside the linguist trade. Voice recognition software that positively identifies targets might only be one short step further.

The consequences will be profound.  The systemic stovepipes will no longer be the limited numbers of long and expensively trained or recruited linguists with skill levels often only marginally capable of the tasks. Instead, the stovepipes will be at the analytical level as the analysts become faced with the possibility of theoretically reading pretty much everything written or said into a form of communications system by anyone anywhere on the planet.  This leads to the consequence that many analytical functions will have to be automated too.  Will there be huge problems in the implementation and execution of this? Doubtlessly.  But the advantages of doing so will so far outweigh the disadvantages, that such systems will be adopted nevertheless.

What Will An Analyst Be?

As described elsewhere, the intelligence model that pertained for the first half of my career blended a limited number of sensitive intelligence sources with a limited number of Anglophone mainstream media channels to set the intelligence agenda for the day, as the intelligence officer would brief the day’s intelligence to the commander, at whatever level.  This model has been collapsing, as the number of available Anglophone open-source outlets has increased dramatically.  When this changes so that the information available is no longer constrained by languages, whether those be sensitive intelligence sources or ‘merely’ the entirety of the world’s online media, social or otherwise, it must be apparent that the basic model can no longer hold. The problem is no longer to find information, it is to analyse data so vast it dwarfs human scope.

The human element in intelligence work is not going to disappear entirely: sometimes a human eye or ear seeing or listening to something specific cannot be replaced by any amount of aggregate open source data. But this specific information will be supplemented by statistical analysis which will use data to generate probabilistic information accurate enough to enjoy the commander’s confidence. It will be more accurate and more predictive than current techniques, which has consisted of the application of quite simple models, overlaid with some experience and some common sense to generate rules of thumb that seem about right.  It is fundamentally limited by the amount a given individual can read or listen to individually.

Changing the above will require a huge re-thinking of our mental models of what intelligence is and how it is collected and analysed. It will be about doing the hard intellectual research work to get out what we know, or intuit, into viable models which will then do the analysis and present it automatically.  Commanders will get the value of our work without us being in the same continent: estimates, predictions, links both definitive and tentative from across intelligence disciplines will be instantly available to them at all levels so chosen.  Limits may have to be put in place to stop more junior tactical commanders being overloaded with information. To make this clear, I am not talking about just having network and databases.  I am saying that the work of analysts will largely be done beforethe information arrives, so the actual work of searching databases and disseminating intelligence will be largely automated  Analysts will no longer analyse information in real-time, generally: what they will be doing is designing automated analysis models.

One possible objection is that the information domain will become so vulnerable and/or hostile that no-one will be able to use advanced communications and information systems in a violent contested environment. However, most of what militaries do is notin that kind of contested battlespace, it is where the civilian population is, which usually means operating in benign to semi-permissive battlespace. And perhaps more to the point, if we genuinely feel that we will end up fighting in a technological environment more similar to the WW2-Cold War period, let us procure and practise on that basis.  Until then, I feel the objection is more plausible than real.

I have presented this as a threat to the existing order, to the jobs of good people and tried and tested systems.  And it is: these are fields where we can see the technology developing which is going to replace key functions currently done by humans: the horse-and-tank moment is imminent (its Somme and Cambrai moments have already passed).  MT technology has already been brought successfully into service by some analytical teams which could not get HT support.  A huge amount of intellectual effort has been, and is being, expended in the private sector to ensure the success of these tools.  These tools will create the possibilities of translating and analysing material in quantities hitherto impossible, which will in turn create a demand for analysis that no credible amount of analysts could tackle and automated analysis will become the only option.  Militaries which adopt such tools will have such an advantage over those which don’t that there will be no alternative to using them: but increasing adoption within the civilian world would ensure that it happens anyway.

I don’t imagine that mine will be the only trade to die or change unrecognizably.  It is hard to imagine on current trends that logistic vehicles will still be manned.  Reconnaissance by humans will certainly not disappear, but many of its current missions will.  Will manned indirect artillery fire still be a thing? Will manned close air support?  But let us have the courage to face what is coming and exploit it to do the one thing that every trade has in common: the basic function of making the military fight harder. 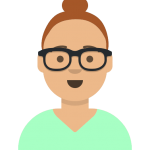 I have served in the British Army for 20 years as both an intelligence analyst and as a linguist using Arabic and Pashto in a variety of roles, including in the nascent development of the military applications of some of these abilities.