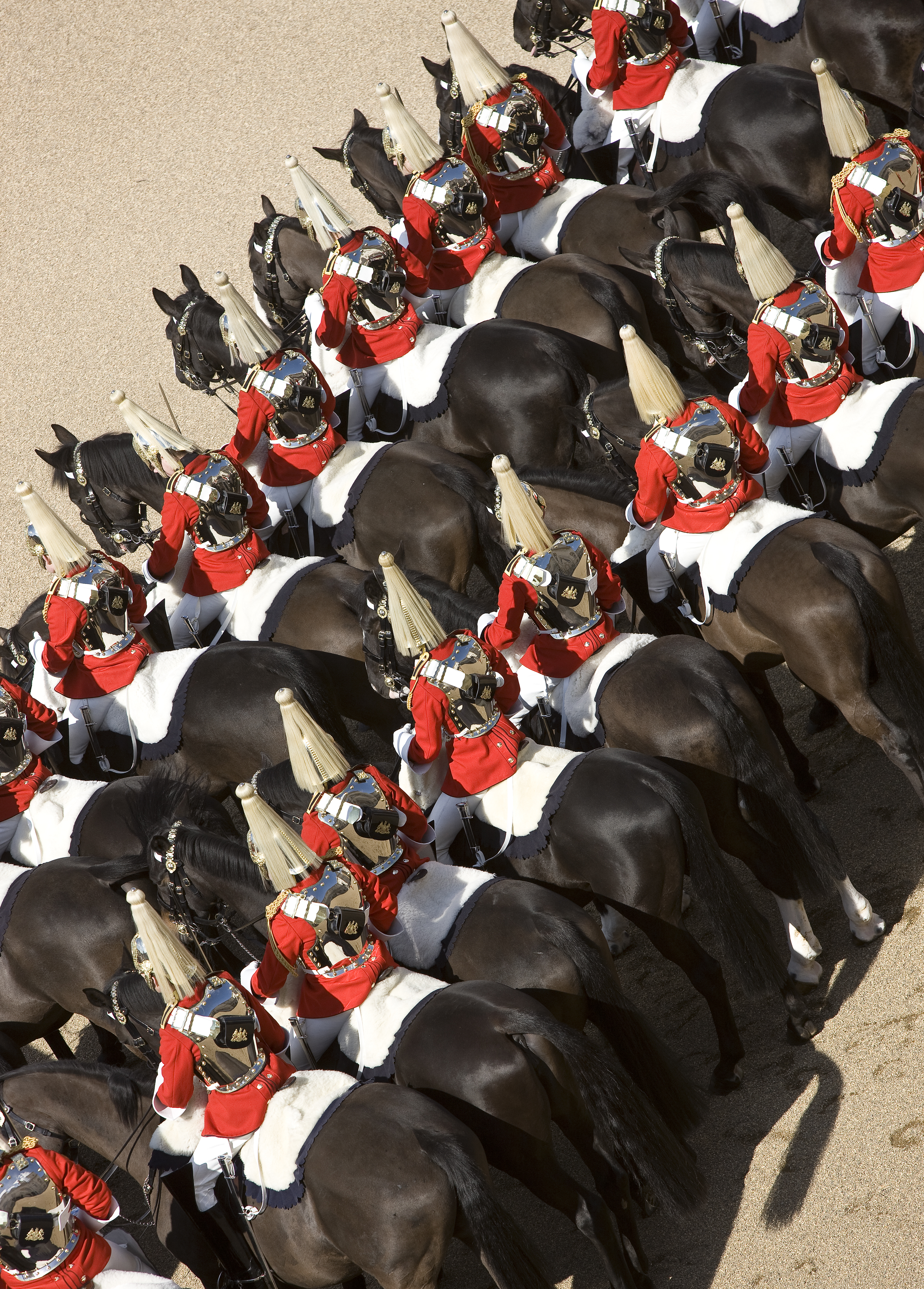 The location is Red Square. The event is the Victory Day ceremonial parade. Nestled in the heart of the capital, among government offices and parliament buildings, the square is recognised all over the world. In those times when it is not full to the brim with revellers, the whole area commemorates in statue-form the imperial glories of centuries past, great kings of old, disbanded regiments and the trophies they won in their battles. On the day of the event, the stands are packed with dignitaries, families, politicians and leaders from across the globe.  Amid the clamour of their combined excitement, a loud voice gives a command and the march-on begins.

Columns march past, lines are formed, respects are paid. Music plays, troops are inspected.  Great cannons glint in the sun as they pass before the crowds.  The uniforms are certainly smart but their practicality is questionable, heavy wooden tunics having been rendered obsolete by light synthetic fabrics and the sweaty effects of global warming. State media reports that the troops have been practising for six weeks, and the minute accuracy they exhibit seems to confirm this. The phrase “military precision” obscures the vast amounts of time, resources and money spent on achieving the spectacle. The sheer troop numbers alone tell a tale: 1.93% of the Army is on parade. Recent global and domestic events have placed the government and its leaders in the spotlight, and the parade must demonstrate to the world that the country is a capable and competent global player.

The white gloves flash in unison, the black boots strike the ground and the tunics flashing past create a kaleidoscope of colours.  A hush descends, the parade comes to attention and the mass of musicians (0.62% of the Army’s strength) strike up the anthem. Horse-drawn artillery fire a six gun salute and the report echoes with the jet engine roar of the fly past. The highlight is the aerobatics team (1.7% of the fixed wing strength of the air force) billowing out red, white and blue smoke low over the city skyline.  The crowds roar, the dignitaries and their families applaud and flags are waived in their thousands. To the nation, the pageantry and military precision is a reason to be proud. To the outside world, it signifies a country ready to flaunt its achievements. For the servicemen and women who took planned and took part, it is mission accomplished.

Now replace Red Square with Horse Guards Parade. The event is the Diamond Jubilee and the 200 vehicles are in fact 200 horses. The figures mentioned are correct for the British Army and Royal Air Force, as of this year. Call me a grinch, but I find it difficult to square the circle and justify having just under 2% of the army engaged in this pantomime.

It is official – Britain has an army with more horses than tanks. There were 200 horses on the parade. There are 168 Challenger 2 tanks in regular service. And this figure does not include the horses not on parade but used for training at one of the three military animal establishments at Windsor, Melton Mowbray and Woolwich.

Speaking of lame horses, the Red Arrows are also fighting against the creeping obscurity of their own role. The Hawk is no longer manufactured, and the last operational squadron to use the Hawk was disbanded in March 2022. It seems odd that the RAF’s own display team, showing off the modern capabilities of the world’s oldest airforce, use aircraft that are now utterly irrelevant to modern warfare. It is true that the team receives sponsorship from industry partners, but does that sponsorship cover the cost of pensions, housing, medical, dental, welfare and training for the 100+ pilots and ground crew?  And does flying in diamond substitute for flying hours in a Typhoon or Lightning?

The majority of aircraft that flew over did the parade as an extra duty.  The following day that same Voyager could be used to ferry personnel to Cyprus or to conduct refuelling of NATO aircraft over the Baltic.  The same can’t be said of the Red Arrows and the Battle of Britain Memorial Flight.

As for land equipment, on the Russian victory day parade there was a single piece of antiquated equipment: a lone T34 Tank.  All the other equipment that was paraded features in their deployable ORBATs.  Whereas on Horse Guards the SA80 A3 carried by the Guardsmen had the honour of being the only piece of equipment that would feature on the modern battlefield.

The soldiers who took part in the parade were fixed for six weeks.  Other standing ceremonial tasks – such as the mounting of the guard outside Buckingham Palace and the conducting of the Ceremony of the Keys at the Tower – once had a vital role: that of guarding and defending strategically important assets. But these days, it is the police who provide security for the soldiers. Along Whitehall you can see for yourselves the strange phenomenon of breast-plated troopers on horseback guarding buildings, while police officers wearing reflective yellow tabards and toting Heckler & Koch G36s guard them. The whole charade is a mere prop for tourism in London, all at the expense of deployable defence capability.

Conducting ceremonial duties can be detrimental to operational readiness. Prior to deploying to the Falkland Islands, Brigadier John Waters, Deputy Commander Land Forces, commented “God what a bloody shambles this lot are, surely they’re not thinking of sending this lot abroad to fight a war”. A more contemporary example comes from 2007, when the Coldstream Guards had to reshow their final exercise in preparation for Operation HERRICK 8. They had been Trooping the Colour in June 2007. A coincidence, or a result of a lack of time to prepare for their tour?

Perception, say the gatekeepers of these ceremonies, is key. A mounted parade does a great job of giving the impression that the army is sufficiently organised, equipped and staffed that it can afford to have in excess of a battlegroup fixed on a task for six weeks that has no relevance to the eight defence tasks the army undertakes. To put this into perspective, there are 300 troops in Mali; before the Russian invasion of Ukraine there were approximately 800 UK troops in Estonia (this has since doubled); and there are 262 UK personnel committed to other UN operations. If the United States Army dedicated 1.93% of its personnel to ceremonial duties, that would amount to a figure of 9281 people.

There is no mention of state ceremonials in the Defence Command Plan.  Therefore, we can only conclude that ceremonial tasks are considered irrelevant in the competitive age. Is reform coming? Or, like the guardsmen on parade, is the Army going to simply turn to the right and carry on, since perception overrides reality? To end, let us remember the words of a former CGS (a Guards Officer himself) – “I’m not comfortable with an Army of just 73,000. It’s too small.” I believe we should start with looking at how many of those troops actually have a deployable role before we increase the size of the Army.