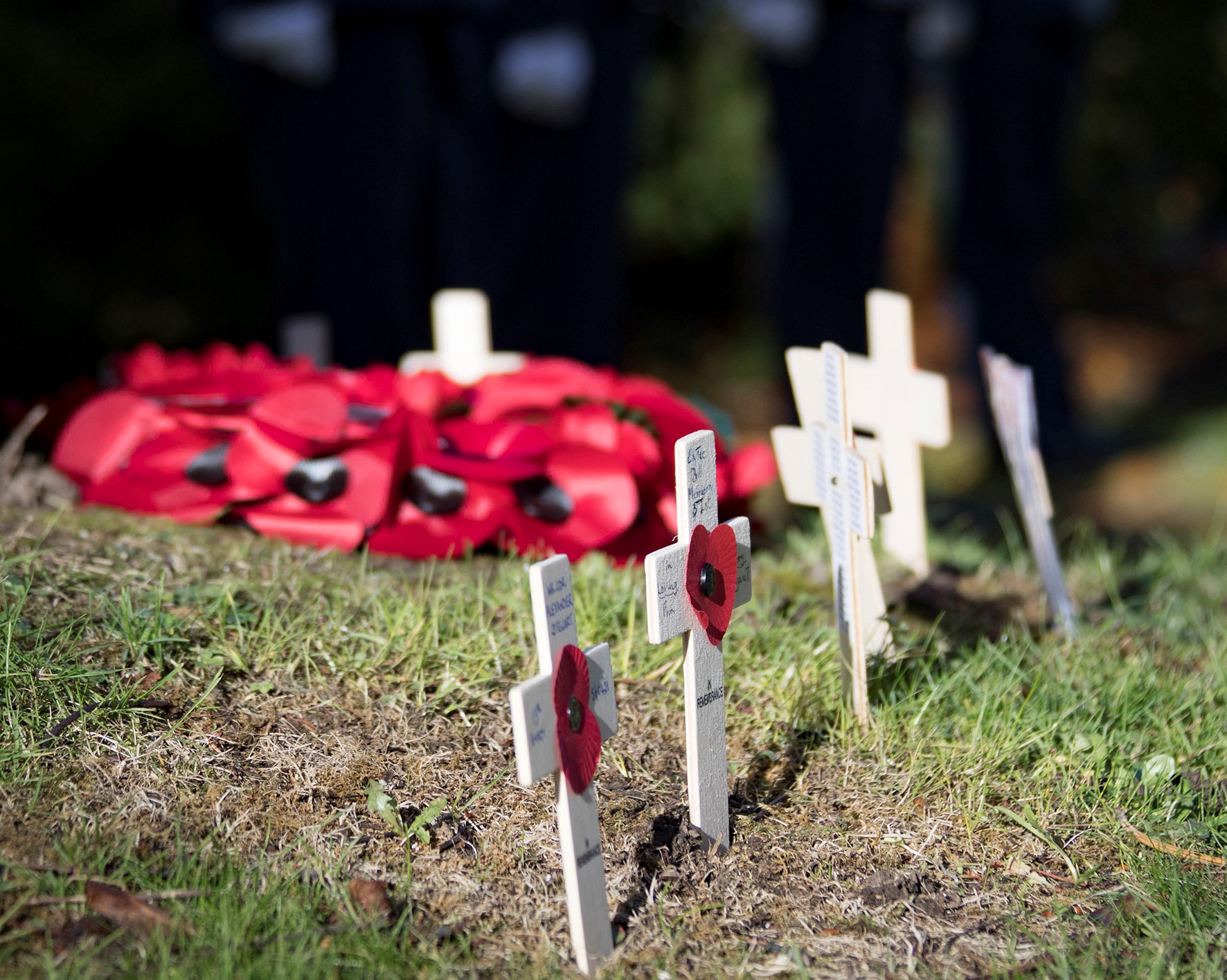 If I should die think only this of me;
That there’s some corner of a foreign field
That is for ever England

From The Soldier by Rupert Brook

We may speculate about the changing character of conflict, but the enduring nature of war is violence and an inevitable consequence of that violence is death. All those who serve in the armed forces enter what General Hackett termed an ‘unlimited liability contract’. This article discusses what happens to those who fall in battle, why it matters, and how it might change in the future.

In the major conflicts of the 20th century soldiers, sailors and airmen were buried in the country where they fell. The Commonwealth War Graves Commission (CWGC) is responsible for maintaining their graves and memorials at more than 23,000 locations across 150 countries. This is a duty which it discharges with great dedication, care and compassion. Following the Falklands War in 1982, the policy changed  because of the difficulty experienced by bereaved families wanting to visit loved one’s graves 1. It is now MoD policy that ‘repatriation to the UK of the dead is to take place wherever possible and as soon as practicable”2. During the wars in Iraq and Afghanistan the sombre task of flying the fallen home was undertaken by 99 Squadron and its C17s.

As the conflicts in Iraq and Afghanistan dragged on, the way in which those who died were repatriated evolved. Initially, there were various repatriation plans depending on the circumstances of the death and the number killed in a single incident. For ‘non-battle’ fatalities there was “Op BOWDEN”. The body was returned with dignity, but no ceremony and the family were not routinely invited to the reception airfield. Under “Op PABBAY”, a ceremony was held for those killed in action, observed by their loved ones at the reception airfield. A third operation, “Op KEIR”, could be activated at the discretion of the Secretary of the State ‘to cover exceptional circumstances where it is considered appropriate to demonstrate the highest level of (National) respect’3. In this event, members of the Royal Household and Very Senior Officers would attend. In 2009 the dubious distinction between the repatriation of battle and ‘non-battle’ deaths was removed4 reflecting the reality that someone who is killed in an accident on operations, or who takes their own life, is also a casualty of war. Subsequently, all personnel killed in an operational theatre were repatriated with ceremony under Op PABBAY.

Initially, the fallen were repatriated to RAF Brize Norton, but in 2007 airfield work meant this duty was transferred to RAF Lyneham. As a mark of respect, Wootton Bassett’s Mayor, Percy Miles, decided to stand by the war memorial in his robes as the hearse passed on its way from RAF Lyneham to the John Radcliffe Hospital in Oxford. Members of the Royal British Legion soon joined him and then local residents began to line the route. This quickly grew into a major event involving thousands of people travelling to Wootton Bassett to pay their respects. What had once been a moment of private grief now entered the national consciousness and, sadly, this was even exploited by extremist groups such as the BNP 5.  In 2011, after 345 coffins had passed through RAF Lyneham, and with the airfield work at RAF Brize Norton complete, it re-assumed responsibility for receiving service personnel killed overseas. However, the tradition of lining the route had become entrenched, and Carterton continued where Wootton Bassett – now Royal Wootton Bassett – had left off. A memorial garden and bell were constructed and signposts to ‘repatriation parking’ still stand in Carterton as an enduring legacy of the conflict in Afghanistan.

But why does it matter what happens to the remains of those who die in war?

Marking the loss of comrades has always been especially important to those who serve. The sudden loss of a close friend is something that many of us, sadly, will experience at some time in our lives. However, very few then have to go straight back into battle. This demands extraordinary resilience and repatriation ceremonies are an important part of helping those who are left behind. The ceremonies at RAF Brize Norton and RAF Lyneham were often televised and became familiar to the public. Less familiar, but no less significant, were the ceremonies that took place in Iraq or Afghanistan as the fallen were borne by their comrades onto an aircraft to begin their final journey home. These intimate and sombre moments held, and still hold, great significance to those who were involved in them. Hundreds would be formed up on parade behind the aircraft and once the coffin was on board, the bearer party would leave and the crew would raise the ramp which would slowly hide the coffin from the view of those on parade. A poignant final farewell.

This is not just about the friends and comrades of the fallen though. Wider society also wishes to bestow a particular honour on those killed in war. The origins of this go back as far as ancient Athens which would hold a festival at the end of each campaigning season to bury the cremated remains of warriors6. The honouring of military personnel killed in war is different from those killed in almost all other circumstances and whilst the form of ceremony may change over time, the desire to honour the ‘glorious dead’ remains. Few of those who lined the roads in Royal Wootton Bassett or Carterton knew the deceased personally, but nonetheless they travelled, sometimes long distances, to attend the ceremony and share in that grief. To some extent society has ‘nationalised’ grief and taken control of it. For example, those buried in war cemeteries have a standard headstone, in line with the principle that there should be no distinction made on account of military rank, race or creed7. The state has made a clear choice that this principle is more important than any family desire to choose a different headstone.

So what of the future?

Expectations of what will happen in future conflicts tend to be shaped by what has happened in the past, and the treatment of the war dead is no exception. However, in recent history these expectations have been formed in a conflict where the UK suffered relatively few fatalities and operated in a permissive air environment. What if the next war involves mass casualties which overwhelm the military’s ability to repatriate bodies? Or in a contested air environment that prevents their timely movement? Perhaps there are even benefits in not repatriating, but rather burying war dead where they fall. The cemeteries in France and Belgium derive additional significance by being located where the fighting took place. They serve as a reminder to future generations of what it cost to secure their freedom. Service personnel lie buried alongside those they fought with in the land they fought for and few who have visited the war cemeteries at Tyne Cot or Thiepval or Colleville-sur-Mer can fail to be moved by this sentiment.

None of these questions have easy answers and none of us wants to see coffins carried from C17s or new rows of immaculate Portland stone headstones ever again. However, it would be a mistake to avoid thinking about it now. Only the dead have seen the end of war. How we remember those killed fighting on our behalf says something about us. How do we want to remember?

For anyone interested in this subject, I highly recommend this lecture on ‘The Wootton Bassett Effect: A Study in Civil-Military Relations’ by Dr David Whetham.