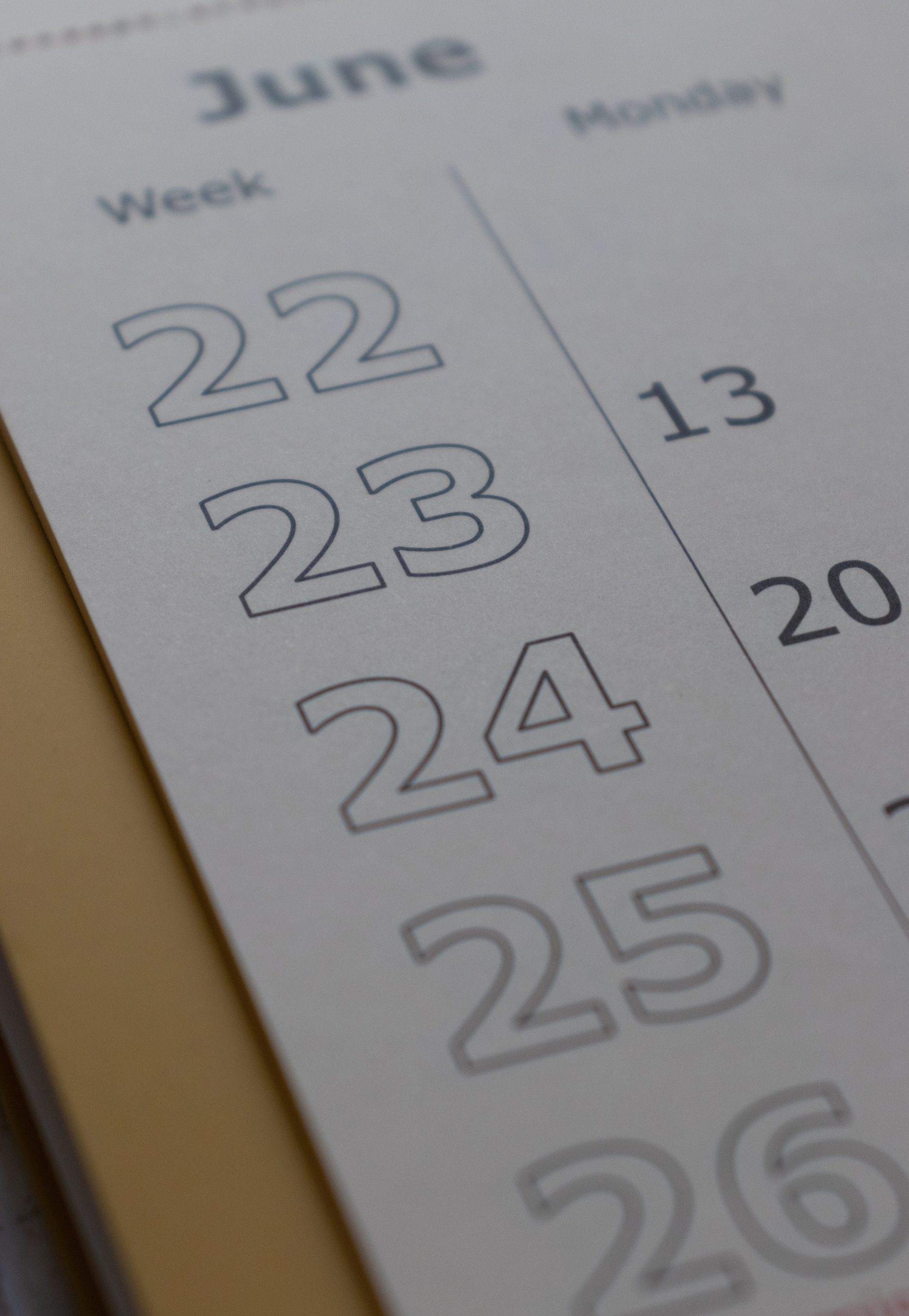 There is no Accounting for Time

Time is money. Except in the Armed Forces. When you sign up, you sign up for pay 365 days a year, 7 days a week, 24 hours a day. In return you will always be paid, fed, and have a roof over your head. On top of that, you might have to kill or be killed. It seems like a reasonable trade. However, there is a problem; No one is accountable for the use of people’s time. It is treated by some like a bottomless resource and our people resent their time being wasted.  AFCAS 2019 stated only ‘35% of people think that the pay and benefits that they receive for the work that they do is fair’. In other words, just over a third of service personnel don’t consider that their time is worth the job security, pay, food, and board.

This article proposes that the Armed Forces account for people’s time in a new way. Instead of looking at years served it should look at days served. This article will outline a straw man methodology for this and consider the benefits and the drawbacks. On balance, even as the author, I am still undecided if this is the right thing for the Forces.  However, as the nature of our workforce changes, we should, at least, consider it.

Back of a ‘fag packet’ Maths

My proposal is the MOD contracts personnel for a number of working days to be served, as either a regular or a reservist, and not for a period of ‘earth years’. Assignments are usually two years or 450 working days. Each year is 225 working days;. 365 days in a year, less 104 days for weekends and 38 days for annual leave. An incumbent remains in post for two chronological ‘earth’ years. In this proposal, individuals would have more flexibility to choose how their time at work was accounted for. It would not be fixed to earth years. Rather, time would be accounted for in days worked giving individuals more freedom.

Accounting for time in days not years would radically change how the personnel were managed. It would offer the MOD options to accelerate key people and personnel working pinch point areas. After 450 working days in post, for example, personnel could move on. This would speed up their progress through the organisation allowing them to gain higher rank or qualification faster. In turn, the forces would get personnel with the same experience (measured in working days) as before.

An Infantry unit has an earth year/225 days of in barracks training. At the beginning of its second year it goes on a 30 day pre-deployment overseas exercise. Its members then have 10 days pre-tour leave. They deploy for 180 days and at the end of this they all take 10 days post-tour leave. Mandatory leave is counted as work. In the second year the unit works 230 days in the space of eight earth months. In the space of one earth year and eight earth months, the units personnel have served for 450 days.

Private Tommy Atkins plans1 to serve for five years. He has served his 450 days in one earth year and eight earth months with the above unit, including the tour.

After tour, Atkins decides that he is still happy to go with the original plan of five earth years. He decides to bank this time. At the end of his five earth years of service, which will be in excess of the expected 1,125 days service, he will have an additional four months of pay banked.  He plans to use this to aide his resettlement. For these four months he will be under no obligation to the Forces, but this recognises his commitment above his base contract and aides his return to civilian life

Captain Rupert Smythe-Harrison is the Adjutant and just returned from tour. His plan is to become the Chief of the General Staff.

Rupert joined the unit at the start of the two years. Having completed his 450 days at the end of the tour. He decides he wants to move to his next assignment straight away to gain an advantage. There is a plum Aide De Camp job to a General that he has been offered and it starts next week. He also knows that service is measured in days not years so he will be eligible to promote more quickly than he otherwise would have. By counting days not years the Army incentivises fast movers like Rupert.

On return from tour Rupert decides that he wants to take his four months off as leave to support his wife during the birth of his first child. His report was so stellar that he is happy he will promote at the leading edge of his peer group anyway. Having four months off will work nicely for him personally and there are no disadvantages.

Firstly, increased accountability.  By giving time management to the unit, it would become a resource to be used carefully. It would not be dissimilar to how each Reservist is allocated 27 training days per year. The commander may not have control when there is an operational tour coming up. Outside that, however, they should have control and can burn through people’s days if they choose to. The chain of command can get visibility of this and can ask why people are working so much. Of course, there will probably be good reasons. Or maybe not. Either way, increasing accountability alongside visibility for this will bring positive behavioural changes to the benefit of junior service personnel.

Secondly, it gives credit for tangible work. Promotion cycles would move to being measured in days worked not years served.  Boards would need to sit twice yearly, or even quarterly. People who deploy frequently are rewarded. Promotion should be quicker, which is important for Millennials. The young Special Forces Trooper who is constantly on tour, and who is a high performer, would promote more quickly than their peers.

Thirdly, individuals would gain some control over their careers. They could seek out roles that moved them towards their goal more or less quickly. These goals could be NTTing2 at the earliest opportunity, promoting quickly, or getting to their pension point. This recognises that the modern workforce is motivated by a range of different things. Conversely, people who wanted to move to a reduced commitment for, say, for the birth of a child, would benefit from more flexibility. Banked time could be used in the future to offset working a shorter week in a less financially penalising way to the current offer of flexible service.

This could also open the door to portfolio careers, which more people in wider society are considering. After a period of what is regarded today as full time Regular service, a person could move to a Reserve Unit and then commit to certain periods within the year. Achieving a certain number of days served could provide access to a suite of benefits (e.g. medical, housing, tax relief for renting a property) that are currently only available to Regular soldiers.

The Armed Forces have used variants of this in the past. It echoes Half Pay used by the Royal Navy and Army, during the Napoleonic wars. The now defunct Australian Ready Reserve offered something similar, with full time service for one year and then 50 days for five years thereafter.

There could be big benefits for some sections of the economy if the MOD can match its programme to trends in labour demand and other sections of the economy.  For example, retail, the largest employment sector in the UK is usually quiet after Christmas. Reservist retail employees could don their uniform during this period, gaining both variety and the ability to serve for a sustained period. A six week period would be long enough to deploy on an overseas exercise, so the individual could gain credible training alongside Regular peers. The retail sector gets the opportunity to smooth its demand trough.

Atkins still likes soldiering but is keen to move back to be close to his family. His Mum recently fell down the stairs and her mobility has been permanently affected. He wants to be around as soon as he can to help her. He moves to a portfolio career. His exit date is already 4 months early because of the tour. He then moves his exit date forward another four months (approx. 80 earth days) by committing to complete three years/81 work days (in three lots of 27 days minimum) Army Reserve Service. He understands that he won’t get his four months of tour pay until he has achieved his three Reserve certificates of efficiency. He remains under a legal obligation to recall for operations until he has completed this service and is under military law if he refuses to return.

This could be the thin end of a very thick and dangerous wedge. Who says what is, and is not, away? Should a person who can grab a drink in a bar after exercise in Kenya have their time measured in the same way as a person on operations cannot? How far would we go measuring time: hours, minutes, seconds? What about if units had tasks (driver training) but not resources (instructors, fuel, cars) to gainfully employ their people stopping them doing something productive? Would Wednesday sports afternoon count? If sport does count, then why not other meaningful activity such as learning Russian, Mandarin, or Arabic, during the evening instead?

Work force planning would also be much more complex as personnel would not move at a uniform speed. Disorganised personnel managers might find themselves surprised as their unit loses, week after week, more soldiers than they were expecting. This could compound the current under staffing and potentially increase the short term requirements on those still serving. Whilst this is bad for morale, the system would recognise their additional commitment.

There is the potential to en-grain a more toxic version of the MS system.  The favoured children of the unit could be pushed, voluntarily or otherwise, towards operational deployments (or other activity to achieve working days) to allow them to promote more quickly. Arguably, this favouritism already happens through selection boards, but that is not to say that it is right.

It might also be disruptive for families if service personnel go through their 450 days in less than two years.

I do not know if this proposal is workable or not. Would this make those that join less selflessly committed to the Nation, the Army, their unit, and each other? Is the scheme be too complicated and problematic to be implementable? Would giving individuals back some control over their career and time improve retention?

What I do know is that junior service personnel in particular aren’t happy with the current system over which they have little control and they are choosing to leave. This cannot continue unchecked without serious damage being done to the Armed Forces and our national security. As Stuart Potter pointed out recently, the Army needs to be radical in how people are managed. This is something radical to consider.