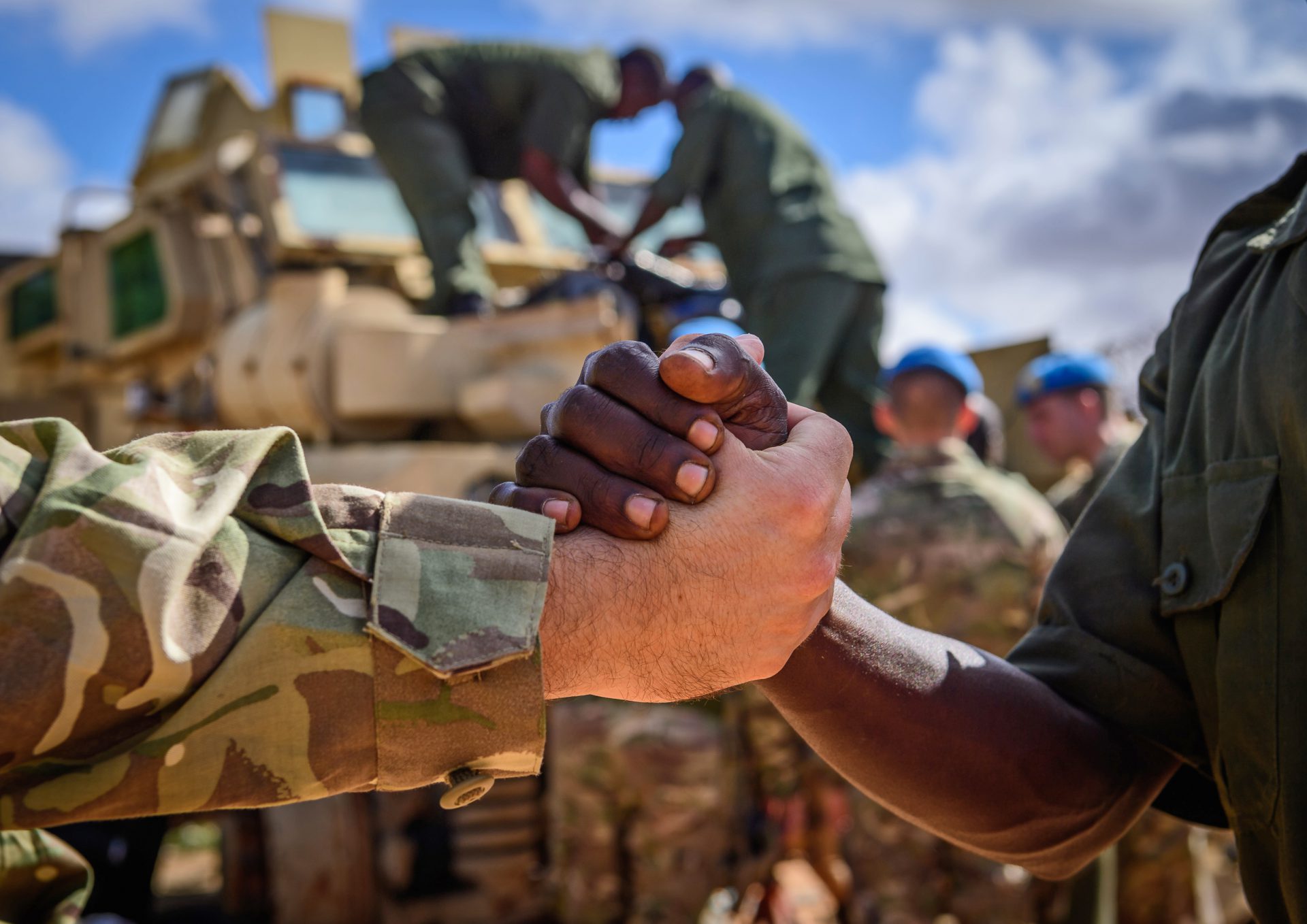 In June 2019 the UK officially opened the new Somali National Army (SNA) training facility. Located in Baidoa. a town 150 miles West of the capital Mogadishu and deep into the country’s interior, it lacks many of the comforts of the capital. Baidoa does not enjoy the constant onshore breeze of Mogadishu and it is higher (approx. 3,000 ft above sea level). It’s rich red soil flourishes in the rare rainy season between droughts. Baidoa is traditionally Somalia’s second city. Historically it was the cooler retreat of the former Italian colonial powers. More recently is has been the seat of the exiled government in the times that al’Shabab have controlled the capital.

This article examines the UK’s recent contribution to Somalia and explores the positive impact it has had on the operational efficiency of the SNA.  It also my personal reflections on the international mission to support Somalia, having deployed multiple times to the country.  It is my contention that Somalia offers the UK a return to ‘frontier soldiering’ and that the UK could, and should, be bolder.

The UK has supported the SNA’s 60 Division in Bay region, centred on Baidoa, since 2016. Part of this has been financial and the UK has, for some time, paid a ‘stipend’ of $100 per month to every soldier. To ensure accountability, this stipend has only been paid to those who are bio metrically registered, hold an official ID card, and have completed the mandatory UN human rights training package.

Starting in 2016, the first UK funded project was a very simple giant tent; a logistics hub. From this tent food and other supplies could be received, stored, accounted for, and distributed. It also included a containerised workshop for vehicle repairs. This was followed by an Ops Room, complete with UN supplied mapping and UK-funded secure radios.

This allowed the 60 Division Head Quarters to send a daily SITREP to the SNA HQ in Villa Gashendhiga, on the outskirts of Mogadishu.  These simple actions immediately improved operational efficiency and allowed wider UK mentoring to be successful.  At the SNA HQ UK officers, assigned to the EU Training Mission, where employed as the Chief J3 and Chief J4 Advisors. It is a sign of UK risk aversion that this represented the ONLY two UK personnel who routinely went into the city. The days of British soldiers operating on the ‘frontier’ seemed long gone.

The next significant step was building a new 60 Div HQ.  This included officers’ accommodation and refurbished medical facilities. This compound sits outside the main AMISOM (the African Union Mission in Somalia) ‘secure area’ giving it a sense of independence. The AMISOM forces in this Sector are the Somali’s “old enemy” the Ethiopians. The two countries fought a bitter war over the Ogaden region, where the local tribes are ethnically Somali. This is a mark of regional healing.

This was paid for through the UK Conflict, Security and Stabilisation Fund (CSSF), via the Defence Attaché in the British Embassy Mogadishu (BEM) and coordinated by the SNA Support Team (SST – but usually referred to as the UK SST). Initially only a two-man team, it soon grew to 5 with the addition of three SO3s; Training, Logistics and Intelligence.

This team was later reinforced by 6 SCOTS, as part of the Specialist Infantry Group. These instructors are based in Baidoa, not the comfortable surrounding of Mogadishu Airport, and initially operated from a makeshift training facility. It is perhaps the definition of accompanying their SNA and 6 SCOTS living alongside their SNA counterparts.  This training team has provided 60 Division with basic infantry skills: Patrolling, first aid navigation, staff training to plan operations, and running an effective Ops Room.

Having paced the ground, and liaised directly with both General Yarrow, the Commander of 60 Division, and his Ethiopian AMISOM counterpart, it is with pride that I watched the deployment on social media. I also watched the project develop from SNA HQ, as the EUTM Chief J3 Advisor.

The #UK 🇬🇧 is supporting training for 🇸🇴 #Somalia's National Army to help promote long-term stability and security for the benefit of the Somali people #UKsupportsSomalis @DefenceOps pic.twitter.com/Pz66kA5d2l

I returned to Mogadishu later in 2017, as a ‘consultant’ and often met with the SNA officers I had trained and mentored during my operational deployments. They are enthusiastic, confident, and bright, but held back by dogma and corruption. There is a distinct absence of ‘middle ranking officers’,. This creates an often-impassable chasm between the Soviet-trained Generals, many of whom are well into the twilight years, and the young Lieutenants and Captains, trained by the EU, UK, Turkey, and others. It is not unusual to see officers wearing Chinese PLA uniforms.

Throughout my time in East Africa, and since, I was struck by the idea that if only the UK had been willing to take more risk, free from the template of Helmand, that Baidoa could (and should) have been the rebirth of ‘frontier soldiering’.

The UK should deploy selected officers and NCOs, with a talent for relationship building and exercising excruciating levels of Mission Command, and embed firmly with host nation forces. This shouldn’t just be ‘behind the wire’ training. But actively deploying on operations, particularly reassurance patrols, CIMIC tasks, and key leadership engagement with local politicians and tribal leaders. The UK could have achieved much more in Somalia if this model had been followed.

The UK’s Specialised Infantry Battalions are, after all, tasked with; ‘conducting defence engagement and capacity building, providing training, assistance, advice and mentoring’.  Somalia offers the perfect template to prove the concept. For it is there that the Somalis will see the true professionalism and fighting spirit of the British soldier.

I am heartened by the current appetite for using UK forces in Africa for Counter-Poaching. While it is not without danger, as we have sadly witnessed, it provides a framework for what future ‘frontier soldiering’ may look like. Well-drilled small teams, self-sustained and self-protecting, embedded and accompanying host nations units for a cause that many of us in the UK see as an extremely worthy cause.

Until then, may I recommend the following books: 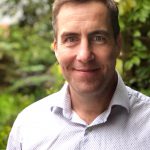 Ric is a military officer with 24 years’ experience in the Royal Marines, Royal Irish Regiment, and most recently the Royal Logistic Corps.  He has specialised for the last 12 years in Information Operations and Defence Engagement.  He is the Military Director of i3 Gen.

There is no Accounting for Time

When Russia used an atomic bomb on people