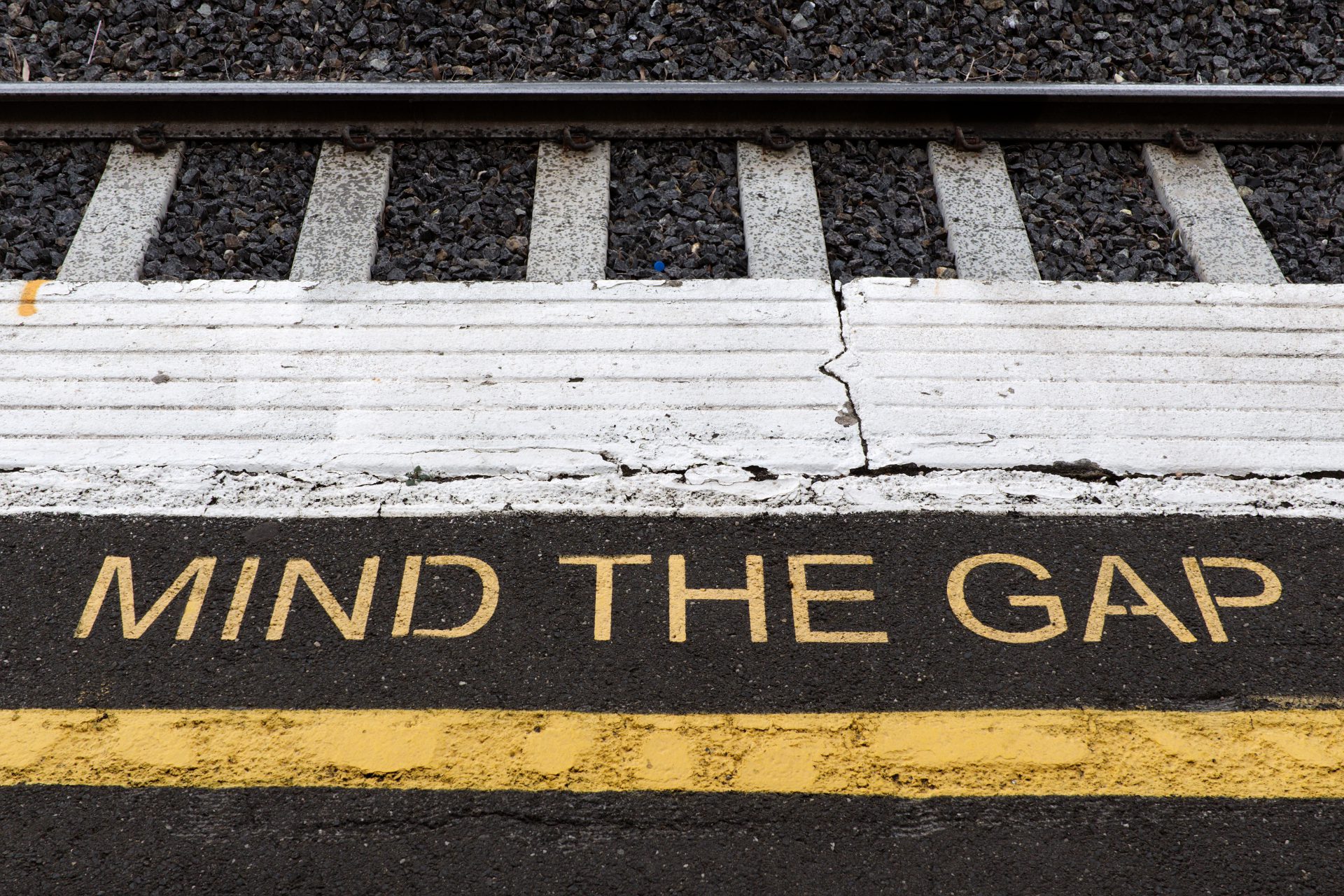 September 2019 has seen three incidents of Senior Leader behaviour that are difficult to reconcile with the UK Military’s public calls to “fail fast” and an “unrelenting will to win”.  A Commanding Officer has been suspended following a minor range incident, the Advanced Command and Staff College chastised for questioning an industrial versus transformational focus within our equipment programme and military “tweeters” have been intimidated for gently poking fun at the jargon and slides used by the Army at DSEI. Each of these examples are examined in this article.

The proposition of this article is:

I’ll support this assertion through the work of Professor Dennis Tourish, our own doctrine and recent reflections by the former self-titled ‘Secretary for Offence’ – General Mattis.2

Some will be reeling from the proposition as “another rant by an angry young man”; a criticism sometimes levelled at this platform. Sadly, I am no longer young and old enough to realise anger and impulse are bad partners.  Also, this type of dismissal is only indicative of a lack of perspective and unwillingness to receive feedback. I write out of concern for our values and behaviours.

This article argues there is a shift in Senior Leader behaviour to be  more infallible and coercive than humble and humoured, more 1819 than 2019.  These behaviours and interventions match what Professor Dennis  Tourish terms the “Dangers of Hubristic Leadership” and risks stifling innovation and competitive advantage3. The risk is that too often “powerful people work in inappropriate ways…driven…by the confidence they have in themselves, acquired as a result of having power”. 4  Tourish continues: “when people get a little bit of power they are more inclined to condemn cheating, but only in other people…They are less likely to seek advice from other people, even though you could argue this is precisely the point where they need it more…They are also less likely to consider evidence when they are making major decisions.”  I think we can see all three factors of Tourish’s thesis in the examples I’ve cited.

If we accept Tourish’s analysis of the financial sector we might pair that with commentary by General Mattis on the need for inclusion not infallibility: “Commanders must encourage intellectual risk taking, to preclude a lethargic environment.  Leaders must shelter those challenging non-conformists and mavericks who make institutions feel uncomfortable, otherwise you wash out innovation”.5

Let’s examine those case studies in detail using Tourish’s diagnosis, the prognosis of our own doctrine and Mattis’ suggested proximate actions.

The purpose of military justice is to be rehabilitative, swiftly restorative and dealt with at the lowest appropriate level.  In the case of CO OPFOR we have to consider why this isolated range incident, of which there are many in the Field Army, ends up with a General Officer Commanding suspending a CO in Catterick months later pending Court Martial.  We understand the investigation is complete, witnesses are unlikely to be intimidated, evidence does not stand to be contaminated.  Allegedly employing FBSS, (normally mounted within 30-50cm of a commander’s head in a CVRT), as deception was arguably a bold, innovative attempt to seek competitive advantage.  The Brigade Commander’s directive actively encourages a competitive environment, deception and testing the limits of safety as part of his guidance.  If a failing has occurred, is suspension a proportionate way to deal with a CO acting within a Brigade Commander’s intent? What other options could the chain of command taken? What signal do these actions send to entrepreneurs, innovators or duty holders?  I argue we’re settling for an expedient moral mediocrity – it doesn’t feel like actions match the words of “I’ve got your back”.

Staff college is where we have space to think, challenge and write.  We do so with others, as a key cohort and we grow as a result of this challenge, debate and consensus.

The top question in a recent Land address, voted for by the audience was: “how does the Army reconcile its information manoeuvre aspirations with its current equipment programme?” (think heavy metal – Ajax, WR, MRVP, MIV, CR2 LEP vice Info Manoeuvre capabilities).  This question was not answered.  Instead the assembled ‘top third’ of officers were told to be less obsessed with equipment and focus on a relenting will to win – “all we need is to improve our will to win”.  With this impulsive slapping down of challenge and criticism of the cohort; it was clear the environment was not ‘safe to challenge’ and so the interaction dried up. The opportunity to listen and debate with the next generation, wasted, not by a prickly audience but by the traits of heuristic leadership.  Challenge doesn’t have to be met with machoistic ‘robust responses’ sometimes a nod, “fair point” and asking for audience feedback would say and empower more.

DSEI, one of Europe’s largest conferences bringing together the military and industry under one roof.  Some commentators are talking about ‘the decade of the Army’ an era of unprecedented recapitalisation, eclipsing the process of mechanisation and re-armament of the 1930s and 1940s by scale and reach.  There was a great deal of good here– £15k per Commanding Officer for innovation as an example.  This stood out within a breathless jargon filled sermon of over sixty minutes.  Seniors were evangelists, of what, it wasn’t quite clear, in either words or charts, as noted by Defence commentators.

Faced with a little gentle humour and criticism ‘Tweeters’ were contacted to remove tweets or face disciplinary action.  I used the word ‘intimidation’ in the introduction and I think that is correct. This isn’t the presentation of evidence, policy and infractions.  Instead it appears any criticism is unacceptable, making the chain of command are infallible.  This lacks perspective, alienates debate and makes our social media presence stale and less credible.

What to make of this month and what does it mean for our leadership culture and innovation?

I hope in the last four of five screens I have evidenced the widening gap between Senior words and actions. I don’t see an institutional problem; I see a leadership one.  I see the symptoms of Tourish’s work, not at Commanding Officer level, but in a moral drift at 1* level and above.  This is typified by public actions that signal strong virtues but behaviours that privileges results, over method.  The Army is becoming ‘match fit’ in the moral decay business did pre-2008.  Worse, we seem to be tolerating it.

I fear we are now in an era defined by this ‘say do gap’ where we signal virtue but diminish it readily.  When did we last see a Senior Leader admit a mistake? A Senior Responsible Officer choose to fail to deliver a capability, rather than accepting sub-standard equipment – because it’s better to deliver something than admit failure?  CO OPFOR left high and dry rather than mentored and restored.

Tourish concluded that where hubristic leadership grew, followers were believed to have lesswisdom, lessto contribute and were marginalised, ignored and squeezed out of the organisation.  I don’t want that to be our Army, I’m sure you don’t either.  Are Senior Leaders sheltering Mattis’ Mavericks?  Are they even in the room, or the HQ?  I’d argue many are in lower profile roles or out in the shires avoiding a place they know they’re unwelcome and will be disadvantaged. Is the top team inclusive and diverse by design, or normative and conformist by function?

If we abide by the spirit of #DigitalArmy most tweets were light hearted stuff.  They shows us at our best British Army selves. Human, fallible, light hearted, well humoured, all the aspects of a healthy, humble, high functioning team. The alternative is a sycophantic, unauthentic presence of “Great to see”, Thumbs Up and smiley emojis.  We all know Army life, like any family, is not perfect.  Humility and acute self-awareness from a distance are the antidotes we need to heuristic leadership.   The final word should go to Mattis:

“if you’re uncomfortable dealing with intellectual ambushes from your own ranks, it’ll be a heck of a lot worse when the enemy does it to you”.6

This article has stayed loyal to the Chatham House rule.7

Lenny has decades of military leadership experience. He has served at sub unit, unit and Brigade level, as a soldier and officer. He has operational experience from Northern Ireland, Bosnia, Iraq and Afghanistan.