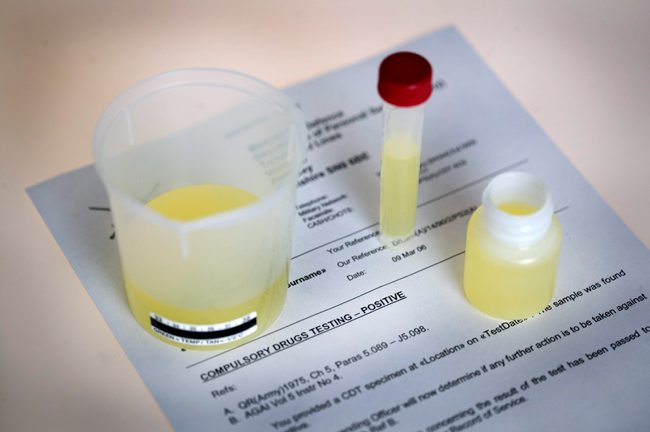 The debate surrounding a Senior Govt. Minister’s recent admission of cocaine use has raised questions over the illegality of drug use. Such a debate may be welcomed or dismissed in society at large, but it is effectively impossible to have within the Army. Since the former Defence Secretary’s decision in November 2018 1 to enforce a zero-tolerance drugs policy, Commanding Officers have been unable to exercise any judgement over drug test incidents. Even if a soldier were to seek help for addiction from their chain of command, policy is clear: a positive compulsory drugs test (CDT) result means discharge. This article does not seek to debate the legality of drugs, or point to the widespread use of drugs in UK society from which we draw our recruits. Instead it queries the stark distinction between the Army’s leadership ideal of mission command, and the total lack of such mission command on the retention-negative issue of drugs.

Mission command is touted as the flagship element of the British Army’s professional edge, developing leaders by delegating decisions. Its bedrock principle is that commanders tell their subordinates what they want to achieve, while giving them leeway as to how they achieve this. Applying this understanding to Army drugs policy, what the Ministry of Defence presumably wishes to achieve is a drug-free army as being a more effective fighting force.2 Clearly, drugs are a serious issue, with their misuse potentially undermining operational effectiveness and unit cohesion. There seem to be 2 strands in seeking how to achieve this. Firstly, to deal with those who have taken drugs; secondly, to deter others from taking drugs in the first place.

Focusing on the first strand – effectively a matter of punishment – it is noteworthy that prior to the Defence Secretary’s 2018 decision there had been some minor flexibility in dealing with drug incidents. Firstly those who had been discharged for a failed CDT had been able to rejoin if they passed another with a clean slate. Secondly, a fairly recent policy provision had given Commanding Officers discretion to take into account the relative inexperience of junior soldiers, and potentially administer a stiff warning with a second chance. In 2018 such flexibility vanished: a failed drugs test leads to discharge without readmission.3 Far from having mission command, Commanding Officers become the cipher for the longest-handled of MoD screwdrivers.

Since enforcement occurs at unit level, Commanding Officers could be the key decision-holders. If allowed to make an informed decision, they could consider in each instance how to best achieve a drugs-free Army. For one individual a Commanding Officer might consider a difficult home background, and enforce a fine and a rehabilitation course. For another they might take into account an individual’s recent wider poor performance, and consider a spell in the Military Correctional Training Centre (MCTC), as a strong wake-up call and disincentive for future drug use. The point seems clear: by knowing their units, and drawing on subordinates, Commanding Officers could retain good soldiers who had made a mistake, administering a suitably severe punishment, while those who at risk of spreading a culture of drug-taking could be swiftly discharged.

Worth noting is that this mission-command centred model is in place for dealing with many other issues such as alcohol-related offences, racism or sexism. Alcohol, with its undoubtedly more immediate impact on everyday unit effectiveness, is a case in point. Often alcohol-related problems are dealt with at the sub-unit level, without even troubling a unit commander. Whether the military should take alcohol misuse more seriously is beyond the scope of this article, but it is undeniable that many disciplinary incidents stem from alcohol. Just as many soldiers drink, so it is simplistic to suggest that drug-taking is a matter of a few bad apples: given society’s complexity, ‘good soldiers’ undoubtedly also take drugs. Investing in mission command, as with alcohol-related offences, could therefore assist with our first strand – punishment – in a retention-positive manner that lives up to the Defence promise to invest in our soldiers.

In turning to our second strand, deterrence, we must consider that current policy does not act as an effective deterrent. Based on widespread – but inherently anecdotal – discussion, discharge is too huge and remote a prospect.4 This is exacerbated given that the nuclear option of dismissal is always exercised. It does not take much imagination to see why this is ineffective, in its similarity to robotically enforcing the death penalty for every instance of murder, without any consideration for circumstances.5 Such robotic sentencing has long-been foregone in favour of latitude. Knowledge of a wider suite of punishments should be more effective, therefore, in deterring potential drug-users. Large fines, which curtail social activity, coupled with time spent in MCTC, would signal the unacceptability of drug-culture without placing Commanding Officers in a strait-jacket. Consider the Army’s approach to expenses fraud, with an effective information campaign which contrasts the level of fraud against the level of fine and/ or length of correctional sentence. A similar approach to drugs could pay substantial dividends.

The lack of mission command is all the more baffling when considering Army drugs policy within wider service discipline. Both disciplinary action and administrative action inculcate mission command. Briefly, disciplinary action relates to matters which are crimes in society as well as the military, such as robbery or fraud. Often these carry additional military sentences beyond or alongside their civilian equivalent, since in acting illegally soldiers have failed the ‘service test’ and brought the Armed Forces into disrepute. Administrative action, on the other hand, incorporates actions which might be societal misdemeanours – such as not turning up for work – but in the military are deemed to deserve punishment. Going Absent Without Leave (AWOL), for example, can impact on operational and unit effectiveness, and so is punishable with time served in Colchester and/ or a fine.

Service law has a clear aim in what it seeks to achieve – good discipline and an effective force. However those who enforce it have substantial flexibility in howthey go about achieving this, with discretion given to both Commanding Officers and Courts Martial. This allows the system’s delegated enforcers to consider circumstances, and tailor discipline appropriately to facts. Courts Martial can, for instance, decide how many days – within parameters – to commit an AWOL soldier to Colchester for. Commanding Officers can similarly decide how large a fine is appropriate for being unfit for duty. Furthermore – and this is an important point – the application of service law is a deterrent, anecdotally effective, with work parades, fines or time in Colchester all deterring similar activity.6 If we consider drug usage as an undesirable activity, we must question why the similar what, of stopping and deterring such activity, is not matched by a similar how, in delegating a suite of options to the policy’s enforcers.

This article has not sought to dispute what the current drugs policy seeks to achieve. Instead it makes a simple plea: to give unit commanders and/or courts martial the mission command they deserve, in attempting to confront how to achieve the MoD’s laudable aim. The current inflexible policy is not only ineffectual and extremely bad for retention, but runs against mission command, the foundation of Army leadership. Putting mission command at the heart of drugs policy can only be a positive thing. Let policy state what Commanding Officers must achieve, but leave them plenty of leeway as to how they achieve it, and we should undoubtedly see positive dividends.

Hapax Legomenon is a junior combat arms officer with experience at regimental and external duty.