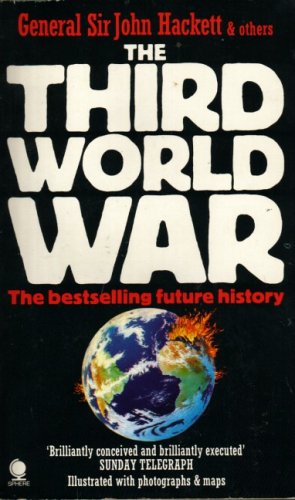 In Phil Clare’s recent Wavell Room article on General Hackett’s ‘future history’ book The Third World War, he compared and contrasted the UK military’s ability to fight a conventional war against Russia. He highlighted that many of the factors which contributed to the military successes portrayed in the 1970s techno-thriller are notably absent today. Hackett’s works remains relevant, but the book’s legacy is not simply limited to military affairs, or as a warning about the utility of conventional military build-up to counter Soviet/Russian aggression. Although Clare explicitly steered away from analysing and reviewing Hackett’s work, I want to argue the book is at its heart a politically motivated piece of popular propaganda, set within the 1970s political debate about the merits of détente.

The Third World War inspired a whole genre of military techno-thrillers (future histories if you prefer) — good, bad and indifferent. There’s also been something of a renaissance in what we might call ‘Hackett studies’ by the likes of Lawrence Freedman,  Jeffrey H. Michaels, and Adam R. Seipp (all worth a read). If that wasn’t enough the world’s militaries are increasingly turning to thriller and science fiction writers to help navigate an uncertain future, including a potential zombie apocalypse (and nope, that’s not a typo).

That said, there’s a problem with the accuracy of Hackett’s text. Ignatius Clarke in his Voices Prophesying War: Future Wars, 1763-3749 wrote, “…Hackett and his associates did the world a service in 1978 by offering readers their collective and carefully considered last word on the probable conduct of a war between East and West…the wealth of detail, and the abundant evidence of great professional experience – these were positive encouragements to take a cool look at modern warfare.”1 However, an examination of Hackett’s archives held at Liddell Hart Centre for Military Archives (LHCMA), King’s College London, shows he thought NATO’s ability to resist a Warsaw Pact attack was distinctly limited. He even redrafted the story giving the ‘West’ an ‘easy’ win to avoid offending friends and colleagues.

My point being there’s a significant military ‘fudge’ at the core of the book, and one that raises some pertinent questions about the current ability of NATO to fight a winnable conventional war in Europe.

Before continuing I should explain my own interest in Hackett stems from research into British diplomats’ engagement with détente at the Conference for Security and Cooperation in Europe (CSCE) and the political opposition to these discussions. Compounded by spending the last year as a senior researcher at Tallinn University in Estonia, and becoming acquainted with the boisterous discussions about relations with Russia. On top of that there’s my long-standing (un)healthy interest in techno-thrillers and future histories, which stretches well back into the 1980s when I became first acquainted with the lurid goings on of James Rouch’s The Zone, a series which in turn led me to Hackett.

Nonetheless, early drafts of Hackett’s novel had NATO retreating to France before eventually liberating West Germany over two years later.2 Such a situation clearly unpalatable to a West German and NATO readership. Hackett and his team also experimented with the length of the conflict, ranging from 18-days, to a 47-day and even one lasting years; as well as far greater use of nuclear weapons at sea, in space, or against minor allies. They eventually settled on the concept of a ‘winnable’ conventional war in Europe, and importantly one winnable by the West, but it is far from clear Hackett believed this was the case. Changes were made after circulating drafts to US general William E. DePuy (then working on plans which would eventually develop into the Air Land Battle concept in 1982) and the former West German general in charge of Allied Forces Central Europe, Jürgen Bennecke, both of whom thought the scenario too bleak. An unsurprising position given the furore a year earlier over the publication of General Robert Close’s L’Europe sans défense? (Europe defenseless?) in which he predicted a Warsaw Pact victory in under 48 hours. Incidentally there’s a healthy dose of Close’s pessimism to be found in the Rand Corporation’s 2016 study examining NATO ability to defend the Baltic States.

While it is perfectly understandable the focus on Hackett has been on the military aspects of the novel rather than the political ones, these are significant. In his archived correspondence Hackett makes clear his aim was to produce a credible work of popular propaganda designed to activate political and public opinion into supporting increased conventional military spending to counter an existential Soviet threat. Hackett and his transitional network of expert collaborators wrote the book as a direct riposte to the British Labour government’s 1975 Defence White Paper, and to what the authors regarded as NATO’s declining commitments to conventional capabilities in Europe during the era of détente. It was explicitly designed to influence policy makers and change policy.

Hackett was no fanatical Cold Warrior, unlike General Close, yet his objections to defence cuts, plus a deep-rooted suspicion of Soviet motives – perfectly reasonably – placed him and his novel firmly in what might be called the anti-détente camp. The vanguard of that contingent in Britain being led by Margret Thatcher, Professor Robert Conquest and The Economist magazine, and by Ronald Reagan and Richard Pipes in the USA. His goal was to stimulate rearmament, maintain a healthy distrust of Moscow’s motives and to keep NATO’s guard up. While there’s precious little evidence he ever succeeded in changing British policy, he certainly stimulated a wide-ranging debate.

Although Clare is right to suggest Hackett’s renewed relevance in the face of an increasingly assertive and aggressive Russian Federation, I profoundly disagree when he suggests the book “is a good read.” It’s not. It’s an awful read! The novel was literally written by committee and it shows on every page. You only need compare it to Clancy’s Red Storm Rising, Bob Forrest-Webb’s Chieftains, Humphrey Hawksley’s The Third World War, or Ghost Fleet by P. W. Singer and August Cole to comprehend its literary deficiencies. However, the novel’s extraordinary legacy has proven inspirational in unexpected ways. The prime example here is Max Brooks’ World War Z: An Oral History of the Zombie War where he explicitly cites Hackett’s influence. While zombies might seem a million miles from the realities of war, Brooks is now a fellow at the Modern War Institute at West Point and has co-edited two books on teaching military science through the prism of science fiction.

Unfortunately, this sort of approach is all too easily dismissed as frivolous, but popular culture’s influence on public views of geopolitics is arguably far more important than we might like to admit. There’s a growing body of scholarly work3 suggesting fiction is more significant than facts in the shaping of public perceptions. We might also recall Ronald Regan’s 1986 recommendation to Thatcher she read Clancy’s Red Storm because, “It gave an excellent picture of the Soviet Union’s intentions and strategy.”

At NATO’s 70th anniversary serious questions are being asked yet again about what the best policy towards Russia might be; a military build-up, negotiations or a replication of the dual-track approach of the late 1960s? Both General James N. Mattis and Rosa Brooks have cautioned of the dangers of supposing there’s a military based solution to all problems, and as a diplomatic historian I would be predisposed to agree with them. Moreover, there’s a lurking danger in the anti-détente tropes Hackett established in his book: of Moscow only being interested in détente as cover for a surprise attack; of all talk of a negotiated settlement equating appeasement, and of the ‘West’ always winning by the final page. These motifs have been recycled in every ‘future history’ since written, and, if we’re not careful they might retard the clarity of thought required to design and pursue the best policies for the here and now. If you’re not sure what I’m getting at just take a beady-eyed look at General Sir Richard Shirreff’s 2017: War with Russia.

There’s also a lively ongoing historiographical discussion about which policies led to the peaceful conclusion of the Cold War thirty years ago. Here it’s perhaps useful  to remind ourselves of Peter G. Boyle’s comments, “The Hollywood film, rock ‘n’ roll music, television soap operas, Coca-Cola, blue jeans and McDonald’s hamburgers had much greater influence in undermining communism in the Soviet Union and eastern Europe, it might be suggested, than the deterrent power of SDI or Pershing missiles.”

Maybe, just maybe, Hackett’s real contribution was not the supposed ‘accuracy’ of his descriptions of conflict, flawed as they were, but rather the very fact he fictionalised these aspects for political objectives. And while I know of no convincing evidence that Hackett’s descriptions of a winnable conventional war in Europe ever changed British policy, his novel continues to cast a long shadow over how we continue to perceive potential conflict with Russia. 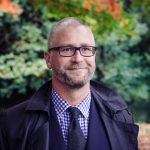 Martin D. Brown is an Assistant Professor of International History at Richmond, the American International University in London. He is a Fellow of the Royal Historical Society (F.R.Hist.S.) and a member of the New Diplomatic History Network. He is currently researching British foreign policy during the era of Détente leading up to the Helsinki Final Act of 1975.