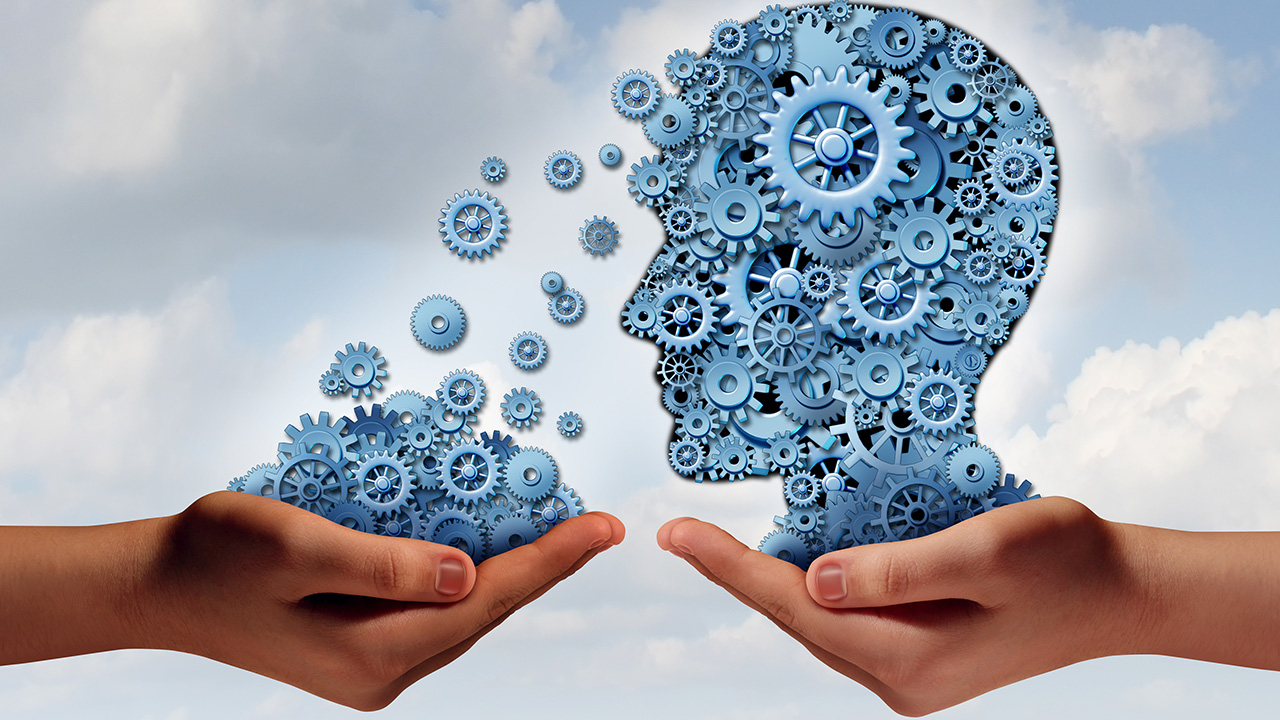 Automation and Technology Capabilities and Spending Concepts and Doctrine Opinion

The Future Land Action Seminar discussion on the utility, ethics and legality of pharmacological enhancement of soldiers was a bold step.  It is logical for a military to consider if it should enhance personnel.  The physical and cognitive demands of soldiering have not abated.  If anything, pressure is likely to continue to grow as technology and doctrine begin to ask ever more from personnel.  In addition, Britain’s allies and competitors  have declared an interest in enhanced performance.  Britain faces the prospect of being caught out if it does not consider enhancement.  But operational logic does not neatly translate into a case that is understood and accepted by all of those that have an interest in what the Army does to, and with, its personnel.  There will inevitably be moral vertigo for those charged with making decisions and those who observe from the side-lines.  And the causes of moral vertigo are increasing.  It is this context that made the discussion a bold step.

Contemplating pharmacological enhancement may have been a bold step but it was a small one. Increasing knowledge of physiology and neuroscience, combined with an expanding biotechnology sector, results in many more alternatives to enhancement than simply popping a pill.  It is these far more radical forms of enhancement, brought to public attention by science fiction and increasingly a technological reality, that the Army ought now to consider for military utility.  The British Army must not limit thinking about enhancements solely to pharmaceuticals.  Instead it, along with wider Defence, must begin to consider how biotechnology will begin to alter who fights and how.  A balance must be found between the needs of state and institution with the duty of care that is owed by state and institution to those affected by enhancement.

History and the law will provide some guidance but not the answers to the questions that must be asked.  The context is different to the existential threat that led to the employment of performance enhancing pharmaceuticals by the British, the Second World War.  Domestic law is not fixed; it changes in response to norms and pressures.  International law was drafted long before science and technology began to promise the creation of a post-human future.  Given the broader impact, this cannot be done in isolation. What is required is a multidisciplinary approach that brings together scientists, technologists, ethicists, medical practitioners, lawyers and military personnel. Two questions ought to be asked.  First, to what degree and with what should the British Army consider enhancing military personnel?  Second, what control system should be implemented in an era of performance enhancement?

Over several articles I have argued that biotechnology needs to be taken seriously and laid out some of the concerns and justifications for enhancing soldiers.  This post brings together these threads to argue for investment in moderate cognitive enhancement techniques.  This should not be at the expense of continued investment in ensuring that soldiers eat, sleep and train well.  These provide the vital building blocks for effective cognitive performance.  But technology and pharmacology may help attain higher levels of performance than can be naturally achieved.

I am acutely aware that discussing ‘upgrading personnel’ is highly emotive.  The issue strikes at broad topics such as human nature and more parochial aspects of military policy.  Pharmaceuticals and the relationship with existing drug policies is a particularly contentious area.  Lest there be doubt, I am not suggesting that current policies are abandoned in favour of a “take what you like provided it makes you perform better” approach.  Instead the Army and Defence ought to consider making use of an array of enhancers under controlled conditions to improve operational effectiveness.  By extension though this will require current policies to be reviewed.

‘Bodies stuffed with the intelligence of angels’1

Brain stimulation, invasive surgery or gene alteration all claim to improve brain functions in ways that have clear military utility.  Equally, the small but growing community of neuro-hackers may encourage soldiers to self-experiment with the array of technologies that promise better brains.  Yet altering brain function could have consequences for individual identity, emotion and character.  Within the military setting it raises questions of responsibility, liberty and consent.  The impact of these consequences is not limited to the military.  In a democratic society, to which personnel will return at the end of their service, principles of equality and justice are strongly held.  Enhancing military personnel whilst civilian peers remain unenhanced threatens civil-military relations in new ways.  It raises a question of whether soldiers should be a part of society or simply apart from society.  The military will need to confront the issue of cognitive enhancement at technological, policy and operational levels of thinking.  Policy will be required regardless of whether novel enhancers are officially sanctioned to address the concerns of soldiers experimenting with technologies that offer better performance levels.

Creating super soldiers with cyborg like properties thanks to implanted brain computer interfaces undoubtedly catches the imagination.  The idea seems to have been lifted from the pages of science fiction.  Assuming that the science is proven there are good reasons to consider the use of a computer interface to enable human and machine to interact much more smoothly.  The permanent effects of invasive surgery and achieving genuine human-machine blending are truly transformative enhancers.  Transformative in how the soldier will function and in how the soldier may come to view themselves and the world around them.

Such steps begin to erode the human in the soldier and impact on post-service life in ways that are novel.  Whilst military recruitment and declared values continue to focus on the growth benefits of service, whether that be confidence, courage or commitment, the military should be wary of reducing the human quality in its personnel.  Nor should the military shy away from the potentially positive opportunities found in the most unlikely of places.  The dullness, detritus and danger of soldiering offers opportunity for individuals to develop.  The ability to strive and, perhaps struggle, shape soldiers in important ways.  Radical enhancement challenge this development and give rise to questions about the status radically enhanced soldiers ought to have with the society they protect.  Would people be willing to serve in the knowledge that liberty may have to be considerably restricted post service because of the implanted device in the brain?  Yet the alternative, removal of a device, could leave personnel with reduced performance levels and a loss of their previous sense of self.

A framework for enhancement

Transformative or radical enhancements ought to be seen as incompatible with democratic society.  Better instead to declare an interest in moderate enhancement that result in minimal change to brain function.  Pharmacology and stimulation are two such methods that seem to achieve this.  The increasing prevalence of both techniques in broader society demonstrate wider interest and provide a body of evidence of the effectiveness of the techniques.  This alone though does not provide enough suitable information to determine how the military might make best use of these techniques, assuming of course that the science is replicable in the military environment.  The Army, perhaps through Defence, ought to sponsor further research that can begin to inform how best to make use of novel enhancers to improve cognitive performance.  Such research will enable the resolution of some ethical challenges; issues of safety, mixed enhanced-unenhanced team cohesion and identity can all be addressed.  An understanding of the benefit-risk ratio from novel enhancers will begin to allow staff to determine what might be used.  What requires further debate are more taxing questions of the status of informed consent or participation in civil society whilst benefiting from the effects of a novel enhancer.  Soldiers may need to accept that they will experience tighter controls on their liberty whilst a novel enhancer is used.  Equally, operational effectiveness may require soldiers to accept that enhancement is mandatory in certain scenarios or units.

The answers to these questions point to the need for an effective control system that regulates who gets to use enhancements and when.  It would be easy and tempting to confine novel enhancers to survival scenarios.  The impetus for taking a pill to stay awake is clear in such circumstances.  But the science shows that novel enhancers offer the potential to improve performance in many more settings.  Stimulation could aid the trainee, watchkeeper and commander in subtly different but equally meaningful ways.  Realising the potential from novel enhancers requires a robust framework that enables decision makers to consider the path of novel enhancers from development to consequence.  A system, analogous to just war theory, of just enhancement fills this requirement.

Prepare to fight the enhanced

Focussing on moderate enhancement ought not to result in other forms of performance enhancers being abandoned.  The likelihood is that some competitors, and possibly some allies, may choose to journey the path of radical enhancement.  Understanding how such enhancers function and how to combat their use should also feature in the research programme.  This position is not unusual; it is the type of approach that is used for banned weapons.  Nor should the blinding light of technology obscure the proven performance improvements that can be gained through more mundane techniques.  Ensuring that personnel eat, sleep and exercise well will all contribute to increased levels of cognitive performance.  Together this holistic approach to soldier performance should prompt new ways of thinking about personnel.  Soldiers are a capability platform.  But one that is unique and will eventually return to society.  Eking out the full potential from soldiers through enhancement must be matched with an appreciation of the soldier herself.

The future will be enhanced

Properly resourcing these techniques, combined with a clear understanding of how best to use novel enhancers and the ethical questions they pose should make the public case for moderate cognitive enhancers easier to make.  The British Army, and British society, must be ready for a future in which human performance enhancements feature on the battlefield.  The most recent Global Strategic Trends predicted that human enhancement will be a theme for the future.  That future could appear far more rapidly if government aspirations, investor interests and geopolitics collide.  To avoid rushed decisions, discussions about the future enhanced soldier need to start now.