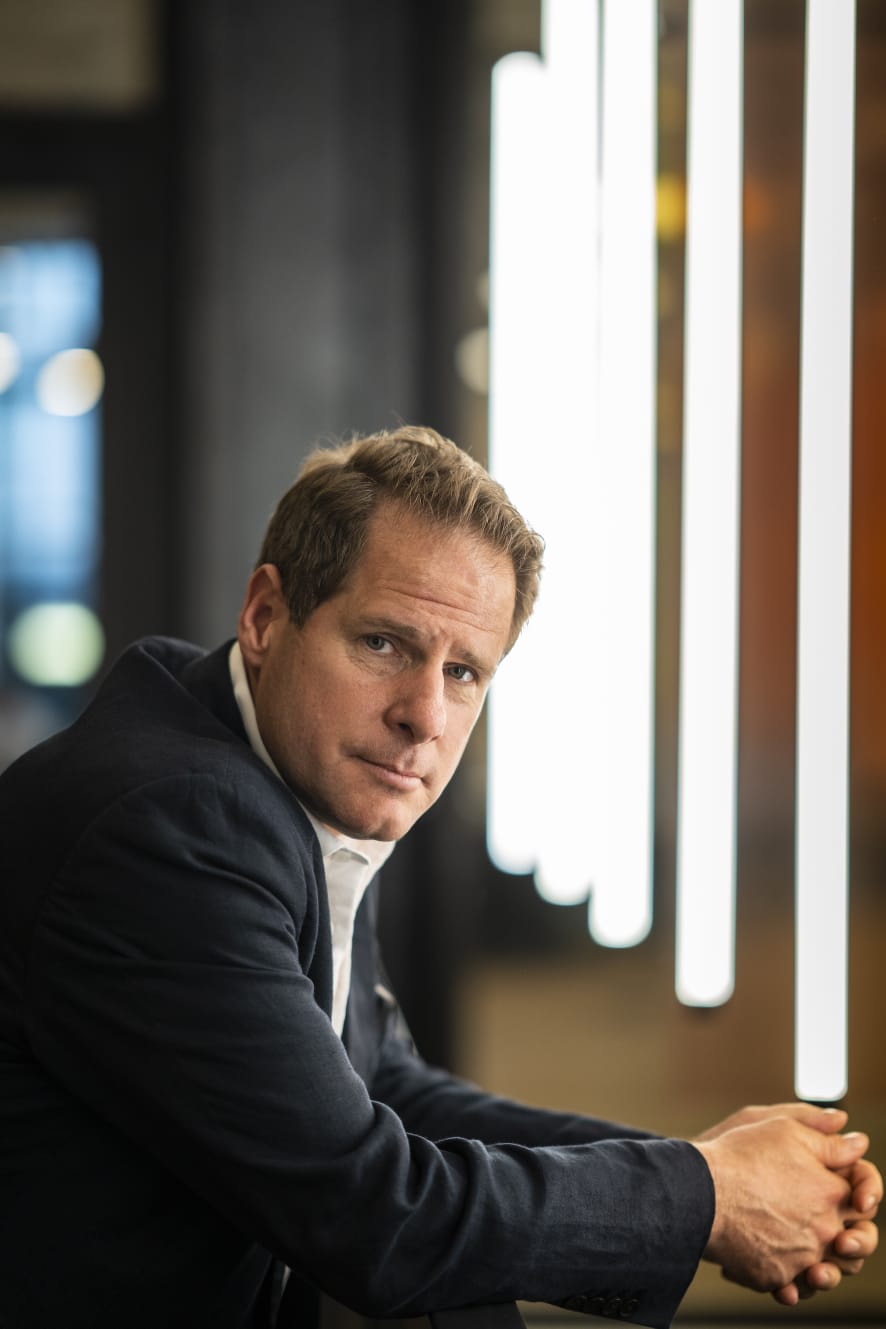 This is a transcript of the speech given by Major General Copinger-Symes to the inaugural UK Strategic Command Conference at RUSI on 18 February 2020.

Many thanks for the chance to speak here this afternoon.

We were asked to consider ‘how Defence must adapt to the challenge presented by disruptive technologies (AI, autonomy, big data etc) and embrace the opportunities they offer.  What are the threats and what are the untapped opportunities?’

I’m going to concentrate on Digital Disruption as that’s a big part of my day job – but it’s worth recognising the importance of the other key disruptions ongoing – beyond technology – as they will all have important impacts for Defence.

Even though the DCDC’s excellent ‘Global Strategic Trends’ has identified all of this and more, I’m not sure that we understand their individual or compound effects. But back to the challenges of disruptive digital technology.

I’d highlight three primary threats – steering away from individual technologies and instead looking at how our adversaries are using them, targeted at our own vulnerabilities:

The first threat is that our people (that’s our soldiers, sailors, airmen and civil servants – but also our supply chain, our veterans, our voters and our political masters) – that our people are ‘influenced’ – attacked might be a more accurate phrase – via Cyberspace and the Twittersphere, to alter their perceptions and change their behaviours – well before a shot is fired; before they leave their homes or barracks; or before they step into the polling booth.

Second, that our leaders are disoriented and dislocated by the blizzard of information with which they’re currently being hit – our own, our partners’ and our adversaries’ – so that their decisions are confused; or too late to be relevant; or focused on the wrong problems.  As I’ve said at RUSI before – we risk drowning in information; asphyxiated by a lack of understanding.

Thirdly that our exquisite, few, beautifully engineered – and rather large platforms – are out-paced, out-thought and out-fought by multiple, small, agile and autonomous platforms, whether in the hands of terrorist groups or challenger states.  Particularly if those adversary platforms are defined by the software that animates them rather than the armour and weaponry that weighs us down.

I could go on, but those three seem present and clear enough dangers to focus our minds.  There’s no need to cast forward into future threats – these three are with us right now.

If those are the threats, what are the opportunities?  Well, to borrow from Spencer Chapman, ‘the technology is neutral’.  It is up to us whether we allow these threats to outweigh the opportunities that come with the disruptive technology.  We have plenty to celebrate in this country – in terms of technical prowess and entrepreneurial mindset.  And this is not our first ‘sail to steam’; or ‘coal to oil’; or ‘horse to tank’ moment.  We led the way (or were at least early adopters) in all those cases.  But in Defence I think it’s fair to say that we have yet to reach the tipping point when we recognise that what got us here isn’t going to be enough to keep us here.

This is where our culture is so important – where some of our greatest strengths are in danger of becoming our defining vulnerabilities.  We don’t have an innovation problem – quite the opposite, a thousand innovative flowers are blooming across Defence, whether in the Services, the DE&S or the DIO, the Ministry itself, or our peerless scientists in dstl.  But we do have an ‘innovation adoption’ problem – we struggle to incorporate those innovations into our core capabilities and focus real investment on them.  The old saying is ‘think big; start small; and be prepared to scale – or fail’.  But we are bad at ‘scaling’ and we are simply awful at ‘failing’ old ideas to make way for new ones.  As Liddell Hart used to say – ‘it’s not so hard getting a new idea into a military mind; but it’s very hard to get an old one out’.

To be clear, I think we’re pretty good at continuous improvement – the ‘multiple marginal gains’ that David Brailsford leveraged to make our cycling team the best in the world.  But when it comes to true transformation – to 10X change – we lack boldness.  We are good at doing things better – but we are bad at imagining our way to doing better things.  So, for me the key opportunities lie in ‘hacking’ our culture – taking us back to our better selves, when we were prepared to think the unthinkable to achieve a generational edge on our competitors.

I’ll focus on three areas of opportunity, where I think we can hack our culture to get back to where we used to be:

The first area is collaboration.  Like many large, established organisations, we are fixated by our structural boundaries.  We like to tell people to ‘stay in lane’…  But that’s not the way to win the 21st Century, which is a time of collaboration, cooperation and integration.  And there is little chance of Defence or the Services suffering from too little competition. This isn’t a plea that ‘we all just get along’ – there will always be differences and disagreements – that’s healthy and inevitable.  But disruption requires us all to get out of our lane, talk to the folk on our left and right, and see how we can help each other to be more than the sum of our parts.  And that’s just as much about how Defence works across Government or with industry, as it is about the relationship between the Services.  For us in Defence Digital this is about getting very close to the people who are going to use our kit – what we would call customer relevance.

The second area is risk.  The 21st Century is a ‘risk-on’ environment.  A disruptive age does not reward timidity – that way you end up very safely at the back of the line.  But we remain, for all the ‘safe to fail’ and ‘proceed until apprehended’ mantras, obsessed with ironing out any chance of failure, of policy contravention, or even making fools of ourselves.  The risk aversion is exhausting us; it’s tying up our resources – in particular our people but also our money and critically our time; and it’s turning off our brightest and best.  They want to move at the speed of relevance and in a disruptive age that means taking very significant risks.  In the Digital space this is tricky – with our mantra of ‘Secure First’.  But when you get under the skin that doesn’t mean cutting ourselves off from our partners – rather it means ‘designing in’ features that allow us to take risks knowingly and for the right reasons.

Last it will really help us in all this if we can breed a culture in which we recognise and value data as the strategic asset that it is.  That doesn’t mean we need to become data-scientists.  But it does mean that modern leaders need to take as much interest in looking after their data as Admirals used to think about ‘bunkering’ – where their coal bunkers were around the globe; as much as Churchill focused on his oil supplies in WW2, allowing it to drive a large part of his strategy.  Perhaps more parochially for the soldiers amongst us we need to care as much about our data stocks and flows as we care about our ammunition supplies.  Of course the data needs processing to extract it’s value – but we need to recognise it as the mineral ore of 21st Century warfare and we’re not there yet. This requires a very different approach to training and education, recognising that we all need to upskill, whatever our rank, age or experience.

I think all three of these opportunities have been seized before, albeit in their 19th and 20th Century embodiments.  We have been good at collaboration before.  We have been good at taking risk.  And we have valued technical knowledge, even amongst generalists, when it offered us a route to victory.  It is ultimately all about operational excellence – and we all care deeply about that.

We need to get back to that version of ourselves that allowed us to see that the opportunities in a disruptive age outweigh the threats. 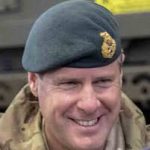 Major General Tom Copinger-Symes CBE commissioned into The Royal Green Jackets in 1992.  His operational experience includes Northern Ireland, Bosnia, Kosovo, Iraq and Afghanistan.  As Commanding Officer of 5 Rifles, he deployed to Afghanistan on Op HERRICK 15.  Having held a wide variety of staff appointments working across everything from enduring campaigns, UK resilience, counter terrorism and defence engagement he was selected to command 1st Intelligence, Surveillance and Reconnaissance Brigade in 2014 before becoming the Assistant Chief of Staff (Operations) in Army HQ.  In 2017 he led the Information Manoeuvre Project Team before being selected as GOC Force Troops Command.   He assumed his current appointment as Director Military Digitisation in UK Strategic Command in August 2019.