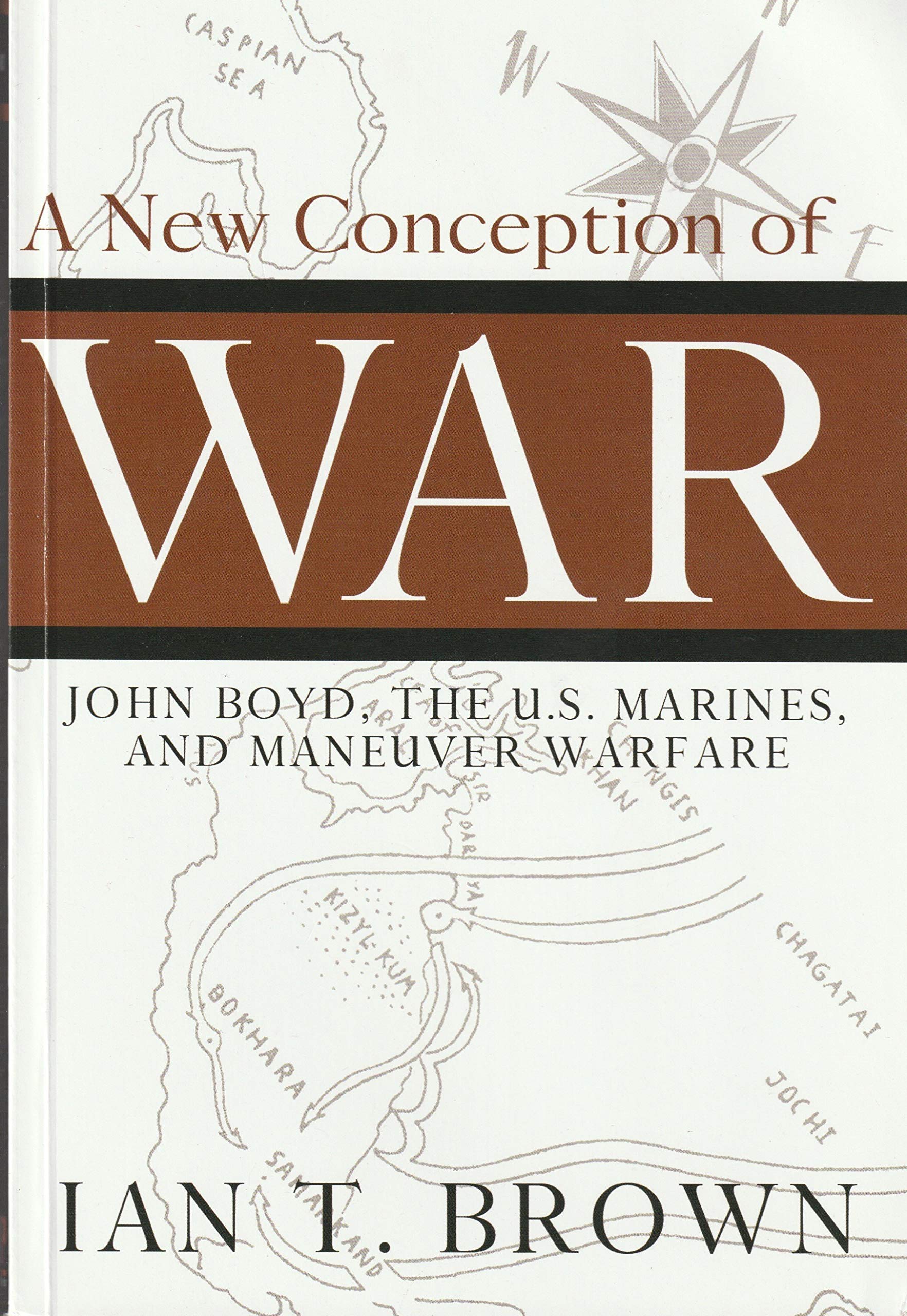 High praise or an irrelevant platitude? Although there will be very few military professionals who haven’t heard of Clausewitz or Sun Tzu, there will, I suspect, be even less who haven’t been touched by Boyd’s work – even if they don’t realise it, or recognise his name.

John Boyd is both famous and infamous. As a US Air Force fighter pilot he flew in the Korean war, instructed at the USAF’s Fighter Weapons School (equivalent of US Navy ‘Topgun’ school) and was instrumental in the design and development of the F-15 and F-16 fighter programmes, whilst also playing a part in the development of the A-10 Warthog. However, Boyd’s most significant legacy is arguably the “intellectual renaissance” that he sparked for the USMC during the 1990s, and it is this area that Ian Brown, a serving USMC pilot, focuses on.

Many of us will have come across Boyd’s work in the form of the OODA loop (Observe, Orientate, Decide & Act), and for those students of Boyd, it is the theory and knowledge behind these 4 steps that truly demonstrate Boyd’s conceptual understanding of modern warfare. What Boyd would think of the much simplified OODA loop as it is taught today – to some purists distilled past the point of usefulness – we don’t know, but, as he comments in his forward for this book, General (Ret’d) Paul K Van Riper describes the common doctrinal approach to Boyd’s work as an “intellectual travesty”.

Whilst books about Boyd and his impact on contemporary conflict are few and far between, Brown’s approach is a refreshing affair that focuses on the latter part of Boyd’s career, after he had left the USAF and began to focus his mind on the changing character of conflict. Whilst Boyd never wrote a book and didn’t publish much of his work, instead favouring formal presentations, Brown has done an admirable job of piecing together the parts of Boyd’s work (manuscripts, transcripts, presentations scripts and such) that do exist and has focused his efforts on Boyd’s key pieces of work; the concept of Manoeuvre Warfare and the Patterns of Conflict. It is here where Brown’s book offers some fascinating insights into the world, and often the mind, of Boyd. It is the essence of Boyd’s work that led to the USMC doctrinal revolution in the late 1980s, and eventually the USMC adopting its capstone doctrine, simply titled Warfighting. This doctrine was arguably ahead of its time, and is comparable to many modern Western warfighting doctrines.

To conclude, Boyd arrived at a time when the US Marine Corps “needed a mental framework to understand the differences, adapt itself to the new world, and above all, survive and win against a range of new adversaries”. Whilst there is a resonance to this problem both for US and British forces today, we should not forget that Boyd’s legacy lies at the centre of his often quoted advice “You can be somebody…or do something”. Although it is a travesty that we don’t understand Boyd’s contribution to conceptual military thinking better, Brown’s book is a timely and excellent contribution to understanding Boyd’s legacy.