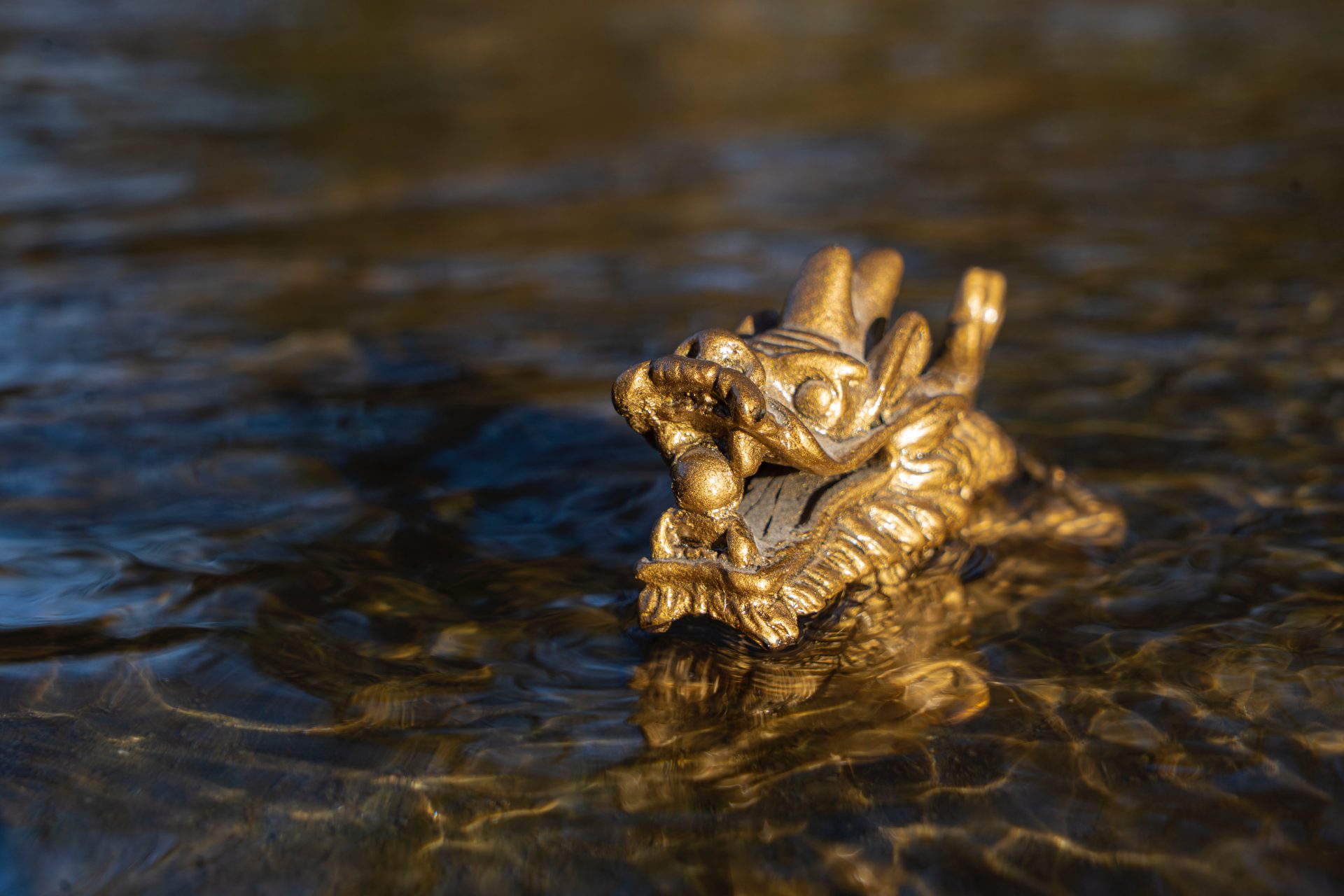 Editor’s note: This article was entered into the Wavell Room corona virus competition and finished in the top 5.

‘We are prepared to sacrifice 300 million Chinese for the victory of the world revolution.’

in 1957 Mao Tse-tung gave a stark insight into how much China’s leadership were prepared to sacrifice to defeat imperialism and America in a nuclear war. By the 1960s, the People’s Republic of China were loaning giant pandas to countries around the globe; the animal representing the Chinese state on that nation’s soil. The COVID-19 medical supplies now arriving in Europe have usurped the Panda as that nation’s new gift to the West. The context may be different, but the use of soft power and coercion remain and the implications for Britain and the West in a post-COVID world are far more menacing than a bamboo-eating Ailuropoda melanoleuca.

A China, emboldened by the perceived success of its use of punitive social control and security measures in the fight against COVID-19, will be a fearsome adversary. China’s reaction to the virus, the speed at which it was able to enforce a series  of control measures appears to have put it well inside the West’s and especially America’s OODA loop; this cannot be allowed to endure. It is essential that the time afforded by the delayed UK’s Integrated (Defence and Security) Review is used to rebalance and refocus our policies and approach towards China. For Defence, this means an enduring and meaningful presence in a part of the world categorized by DCDC as South and East Asia and Oceana; China’s back yard. It is now time for Britain to consider its own Pacific Pivot.

As part of the Integrated Review, the pivot would require a focussed effort from all levers of national power. Diplomatically, we must also act in support those nations who remain at risk by China’s activities the South China Seas. From an information perspective, we need to exploit those instances where China’s approach to COVID-19 has been called into question, whether this is their relationship with the World Health Organisation (WHO) or the provision of faulty COVID-19 testing kits and PPE.

One key issue we face is that we begin on the back foot. China’s influence through the Belt and Road Initiative (BRI) has already won friends and influenced governments. By March 2019, the Chinese Government had signed 173 cooperation agreements with 125 countries and 29 international organisations. The global economic slowdown brought about by COVID-19 will undoubtedly have an effect on the BRI and this may well prove to be an opportunity for Britain, but the BRI is not alone in spreading Chinese influence. It has a more sinister twin.

In 2015, the BRI was joined by the Digital Silk Road (DSR), with its ‘sales pitch’ of using the digital revolution to improve supply chain visibility and transparency by generating and collating data via the Internet of Things. These ‘seemingly innocuous’ digital and telecommunications projects have ‘real-world effects’ on the population, the systems of governance and power of the state for those countries that have signed up. With its own Great Firewall already in place to control domestic internet access, China is now looking to use the DSR to export that same approach with its BRI partners.

Many countries have made the political choice to eschew what they may well perceive as growing inefficiencies of liberal democracies and instead put their fate in China’s hands. Beijing’s promise is twofold: prosperity through cooperation and stability through the proliferation and use of its population compliance mechanisms. Countries with weak legal systems find that second part of the deal very appealing. Supporting the rule of law in these countries should be an aim of the forthcoming Integrated Review. Upstream stabilisation is not new for the military or the UK Government. The post-COVID world will need this to re-orientated and re-focussed.

With the financial and digital taps turned on, China’s influence on ‘friendly nations’ is moving to coercion. Its generosity towards Pakistan was repaid handsomely earlier this year when their Prime Minister, Imran Khan refused to criticize the actions of the Chinese Government against its own Uighur population by saying ‘China came to our help when we were at rock bottom’ and that they would deal with ‘these sort of issues’ in private. It is a similar story for the five ‘Stans who, when visited by Secretary of State Pompeo in February 2020, elected to dismiss his concerns over the treatment of the Uighurs. According to Alisher Ilkhamov of the Open Society Eurasia Programme, China’s considerable investments and trade ties ‘have chained the Central Asian states to Beijing.’

It is important to understand that China’s ability to influence and coerce is not limited to nation states. America’s National Basketball Association has been slam-dunked and several of the world’s airlines have yielded to Chinese pressure to rename the capital of Taiwan on their flight maps to Taipei (China). This level of influence has now spread to the World Health Organisation (WHO) and in 2020 when the world is fighting COVID-19, this could be China’s vital ground.

In February 2020, the WHO Joint Mission to China concluded that the science-based and risk-informed approach were ‘lessons the global community could learn from China’ and ‘could also help us think about how to modernize disease control and prevention in China and around the world.’ China’s political clout means the WHO has to remain on good terms with a nation that could close its doors on their inspection teams at a moment’s notice.

Dr Bruce Aylward, senior advisor to the Director General of the WHO, stated only recently that ‘hundreds of thousands of people in China did not get COVID-19 because of this aggressive response’. Since making this statement, over one million people on social media have watched Dr Aylward refuse to answer questions about Taiwan’s status in the WHO and the efforts that country has made to counter the virus. The WHO’s role ins COVID-19 has already come under scrutiny but for now, it is game, set and mask to China.

It has to be said that not every measure used by the Communist Party of China’s (CPC) in response to COVID-19 outbreak are unfamiliar to western democracies: the principles of providing clear guidance about the degree and scope of lockdowns via a centralized communication channels and designating infectious disease care facilities to isolate and treat positive cases are seen as good practice and are in widespread use.

However, there are social controls enforced by the CPC that do not not sit comfortably with liberal democracies. Government control of food distribution, the physical isolation of hospitals, tracking individual movements and establishing electronic recording and tracking systems to handle identified cases. All of these measures are backed up by China’s invasive and expanding Social Credit System.

The culture of social control goes well beyond China’s layer of technology. In its battle against COVID-19, its grid management system and multitude of neighbourhood committees have been reinforced by a willing army of volunteers. The grip on its population in the battle against COVID-19 could not be any tighter. We have to ask ourselves the uncomfortable question ‘What if China wins the fight and what if their measures are viewed as game changers?’

When it comes to determining the outcome of COVID-19, it is likely that the world will focus on metrics such as number of deaths and economic resilience but there are two other prizes to be had for China: influence and access. There are an increasing number of nations already enrolled in the BRI and DSR to the point that they refuse to publicly criticize Chinese behaviour towards its own population. Any indication that China’s methods of surveillance and social control have succeeded in defeating the virus could be the siren’s call that they and many other interested observers and governments are waiting for. For the People’s Republic of China, COVID-19 is vital ground that will result in influence won and territory gained and a victory that has cost far fewer than Mao’s 300,000.

Britain cannot stand idly by. It needs to take pro-active measures to negate China’s influence: exploiting its mistakes and offering support for those nations drawn in by the allure of social controls and economic incentives. The Integrated Review is an opportunity to generate a Pacific strategy for the United Kingdom that endures well beyond COVID-19.

Photo by Ryan Moulton on Unsplash

Phil has over a decade of military experience, on and off operations, in single service and joint environments.