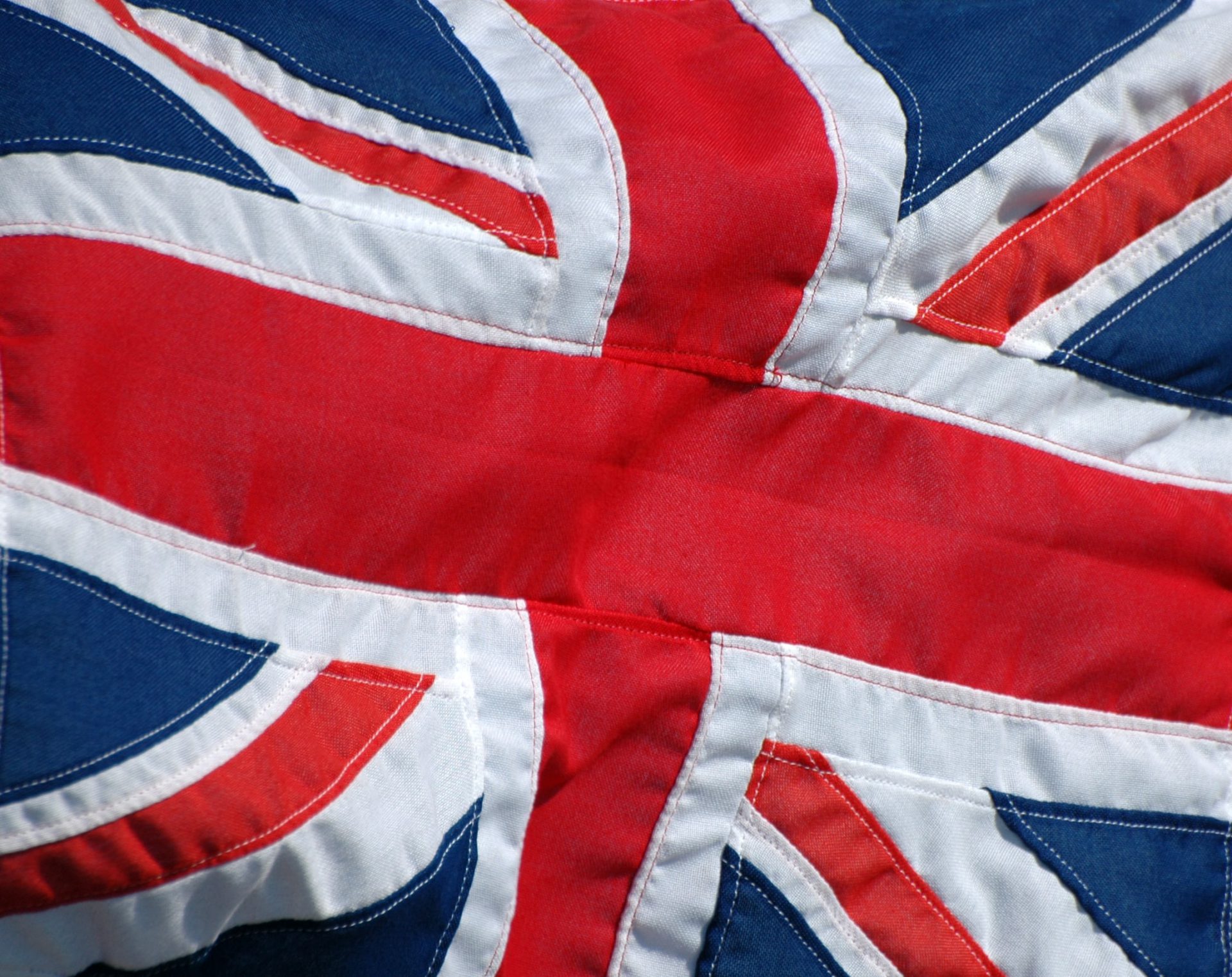 Editor’s note: This article was submitted in response to the Wavell Rooms corona virus competition. It was judged in the top 5 entries.

There is little doubt that the Corona virus is one of the most significant challenges to face the world in a generation.  Through a geo-strategic lens, however, the Corona virus is overlaid by three other trends which are likely to define the ‘what next?’ for British strategic policy.  Namely, growing international concern of over-reliance on China, the withdrawal of the United States under President Donald Trump’s “America First” policy, and Britain’s withdrawal from the European Union.

Those arguing that the Corona virus will re-write the rules of the international order are likely to be disappointed.  Rather, the Corona virus offers Britain a once in a generation opportunity to regain a global leadership position.  The ‘what next?’ for Britain is either becoming a global leader or continuing to decline as a middling power.  To exploit this crisis, and regain status as a global leader, the Nation must find its mojo, its strategic confidence.  As Winston Churchill once said, “never let a good crisis go to waste”.

The article argues that Britain needs to move away from a focus on ‘negative’ objectives, such as ‘deterring Russia’ or ‘countering China’, and towards a strategy of ‘positive’ outcomes.  This change would make Britain globally competitive in some areas but also define where Britain may wish to give ground.

In re-shaping policy this article argues for a return to former Prime Minister Tony Blair’s 1999 Chicago doctrine.  The doctrine merged Britain’s traditional humanitarian instincts with raw self-interest with the latter being the underlying factor in determining where and how to act.  In short, “Britain First”, but with an external focus.  To achieve this, Britain should look to use two principle levers:

Secondly, the Ministry of Defence should re-structure to allow more intervention options and be prepared to accept a greater level of risk, including risk to life and reputation, for suitable objectives.

Whist many, including supporters of the European Union, will argue for greater international co-operation, the Corona virus has highlighted that nations must look after their own interests.  It’s not fair to say that the pandemic has caused the end of multilateralism and globalisation, but it is a fair assessment that the pandemic has highlighted its limits.  The virus will be an historical marker pointing to the start of a transition to an era of looser partnerships governed by self-interest and not political niceness.

In order to achieve success in the next 50 years, Britain will need to move away from ‘negative’ objectives.  That is to say, Britain must not define its strategic policy by what it wants to stop others from doing.  Rather, it should define tangible outcomes to further self-interest; with objectives Britain wants to achieve.  By switching to positive objectives, Britain can make a strategic choice to focus on the world order as it will be and not as it was before the pandemic.

It is well established that goals in humanitarian aid, defence, and trade are misaligned.  Worse, departmental objectives often work cross purpose with different metrics for measuring effect.  Whilst this is normally for logical reasons, they are competing priorities.  Resources are stretched because Britain wishes to maintain a globally even policy with multiple political masters.  In defining what is important, future policy must also define what is not.  This is a choice to be less bound by older commitments which no longer generate tangible benefits.  Britain already has the means to achieve this and does not require a fundamental change in strategic apparatus.

As America continues its short-term retreat from the world, and the consequences of its domestically focused “America First” policy develop out to 2030, Britain can choose to exploit the gap in global leadership by adopting a “Britain First” mindset, but with an external focus.  To do this, cuts to organisations such as the Foreign and Commonwealth Office, or British Council, should be reversed.  Such organisations are critical to both understanding local conditions and also binding others to Britain’s outlook.

Post BREXIT, Britain has a unique opportunity to define a trade policy that offers aligned nations a competitive advantage and to balance this against domestic requirements.  The objective of trade policy should be to create a zone of influence that mitigates domestic economic disadvantages.  Britain will likely need to choose to prioritise strategic outcomes over cheaper consumer goods in the short term.  For example, tariffs against Chinese industry could make other nations goods more competitive and allow Britain to reduce its dependence on China by increasing capacity elsewhere.  And especially targeted at nations that Britain wishes to favour.

To mitigate the impact on the internal market, domestic policy should favour the economic order most likely to appear post the Corona virus.  Business is likely to move to remote ways of working and see greater investment in digital and technology services.  The key strategic aspect, if Britain wishes to regain a leadership role, is that domestic policy must align to foreign policy. This is likely to reduce the importance of consumers and businesses in short term policy making.

The consequences of the virus will be more significant across weaker and developing nations.  As an extension to trade and foreign policy, targeted increases to foreign direct investment must be used to reinforce Britain’s presence and be less guided by humanitarian instinct.

China’s belt and road initiative is one model to follow and direct investment in foreign markets can be used to expand British influence.  This offers Britain an opportunity to establish, or re-establish, deeper relationships and to define an economic sphere of influence by levering investment.  This is a change the British public will likely disagree with without an overarching strategic vision.  Yet, it is such a vision that the British Government has promised since the 2016 decision to leave the European Union.  The Corona virus offers Britain the strategic backdrop re-forge an international position that the British public can support.  Such a policy requires strategic courage.  But it is entirely in-line with strategic norms.

The Role of Defence

In the post Corona world, Britain’s interests are not likely to lay exclusively with regional alignments.  This is especially prominent as the European Union looks to deepen its integration at the expense of British interests.  Therefore, the ability to compete internationally gains a new importance.

To fully exploit the defined zone of interest, British politicians, and by extension the public, need to be prepared to accept significantly more risk.  Particularly risk to life to enable military interventions, but also economic and political risk.  Such risk has previously only been politically acceptable when the objectives justify the costs highlighting the need for positive outcomes. The threshold for intervention needs to decrease.

The forward basing of units allows deep relationships to be established.  The use of these forward deployed assets allows for a more aggressive foreign policy.  When aligned with positive objectives, this would allow Britain to demonstrate international leadership and boost economic or political outcomes.

The post Corona world is likely to require more interventionism to deal with the consequences of the virus.  Yet, British defence policy is often supporting the actions of another state (e.g. the negative objective of supporting the French in MENA).  By showing strategic courage, Britain can exploit its global military reach and demonstrate international leadership.  When aligned to the Chicago doctrine, Britain can seek to profit, economically and politically, from the significant investment the nation makes in its armed forces.

One option would be to base a new wheeled, and therefore mobile, Strike Brigade in the United Arab Emirates.  From this location, Britain could drive to intervene across the region within hours.  Another idea would be basing a para trained unit permanently with key allies such as the 101st Airbourne Division.  Forward deployments of air and naval units to the Far East would help cement Britain’s defined zone of influence.

The ‘where’ of these deployments is less important than the ‘why’.  Such a strategy must be linked to tangible outcomes to fully exploit the effect.  It requires Britain to regain its strategic mojo and have confidence that its defined objectives are worth the investment.

The Corona virus offers Britain a unique opportunity to re-establish its global leadership position in the long term.  Whilst the strategic impact of the pandemic is likely to be less than many ‘hot’ commentaries suggest, it is overlaid by three strategic trends.  To exploit the crisis, Britain needs to regain its mojo and show strategic courage.  Britain must abandon its current outlook of negative objectives and a conceptual shift is needed to consider more positive outcomes; “Britain First” with an external focus.  Instead of reinforcing the status quo, Britain needs the strategic courage to lead others.

Photo by James Giddins on Unsplash