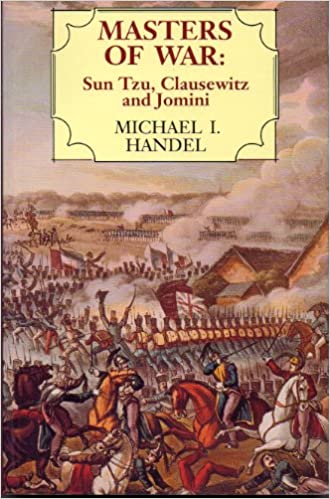 Editor’s Note: This article is the first in a four-part series which takes claims that COVID-19 is war seriously, by analysing it through the lens of three prominent military theorists – Clausewitz, Sun Tzu, and Mao. This article provides comparisons between COVID-19 and a war, to enable theoretical work in follow-on lessons.

The COVID-19 response has been a global effort, with over $9 trillion deployed by organisations around the world to fight the spread.1 Given this immense scale, it is understandable why many governments worldwide compare the response to fighting a war, not to mention the occasional use of national militaries to support the response.2

Reviewing Carl von Clausewitz, Sun Tzu and Mao Tse-tung — who Dr. Michael Handel referred to as the Masters of War — indicates that the COVID-19 fight has been a lesson in at least three aspects of war.3

In this series, I unpack these lessons. This particular article explains how each theorist’s definition of war make the war lens an adequate perspective through which to evaluate the COVID-19 response, providing a foundation for why the specific theorists’ ideas are valuable to consider amidst the pandemic. I also compare the primary actors fighting the war against COVID-19 to those who would lead a conventional wartime response in order to communicate which theoretical principles apply to which types of actors.

Then, I will devote individual articles to the lessons taught by each individual theorist, comparing them along the way. In the second article, I examine Clausewitz’s lessons on the purpose, ends and means of war to highlight how the structure and organization of government strategy affected the consistency of the COVID-19 war effort at various levels. In the third article, I leverage Sun Tzu’s lessons on how differing tactics, resources and measures aimed at mitigating the COVID-19 threat affected the emergence and pace of the outbreak. This series concludes with Mao to emphasize that complex threats, like COVID-19, require understanding and perceiving war as evolving and non-geometric.

Defining the COVID-19 Pandemic as a War

Assessing how classical military theory could help evaluate the COVID-19 response relies on the interpretation of COVID-19 outbreak as a war. Since the earliest and hardest days of the pandemic, political leaders have compared COVID-19 to battlefield adversary, with some calling themselves wartime leaders.4

Insights from classical military theory suggest that infectious diseases are not only a symptom or threat multiplier of war; they can also be the enemy. It might not seem so since military theorists like Clausewitz, Sun Tzu, and Mao focused on how to fight wars between military forces, but certain aspects of their definitions can be interpreted to understanding the dangers of COVID-19 and the merits and shortfalls of the response.

Carl von Clausewitz was a general in the Prussian military — born in 1780 and died in 1832. His military philosophies were published posthumously in his seminal work On War. On War focuses on military operations; it assumes a war is being fought between states and their military forces. It does not exclude the possibility that other forms of warfare could occur. After all, one of Clausewitz’s definitions of war is an act of force compel an enemy to do one’s will, and notes that combat could take many forms.5 Other types of war, like economic war, could have this effect. 6 Fighting COVID-19 involves compelling the enemy — the virus, to do our will — contain and eradicate. All military forces are trained to fight wars, but not all wars necessarily need military forces.

Unlike Clausewitz, little is known about who Sun Tzu really was, and whether Sun Tzu’s The Art of War is based on the ideas of just one person. Like Clausewitz, Sun Tzu also referred to common vernacular used in military operations. However, the means by which Sun Tzu discussed them were to make broader points about military strategy. Sun Tzu defines war as more than just the military engagements between states. Fighting war is holistic, systemic. More than anything, Sun Tzu viewed fighting as a last resort.7 In fact, Sun Tzu said that the true definition of skill in war is to win without fighting. 8

In the context of conventional military wars, winning without fighting would involve instruments other than the military to compel the enemy to do one’s will. Such alternative methods to fighting could include leveraging one’s economic, cultural, or diplomatic instruments of power to satisfy overall objectives.9

However, in the COVID-19 context, the other instruments of power are, in fact, the tools needed to fight the virus. Nations around the world have leveraged diplomatic instruments to discuss medical aid provisions, and political and military instruments like border closures and stay-at-home orders to control the virus. Countries and private-sector institutions have used economic powers to alleviate the financial strain on people and organizations. A critical instrument of power in the war against COVID-19 is information. Information and communication platforms are being used to disseminate health information to help curtail the spread of the virus. Since non-military measures are already being used as the fighting tools in the war against COVID-19, Sun Tzu would probably argue that winning without fighting in the COVID-19 context would have been removing the need for ‘fighting’ in the first place; in other words, implementing more adequate health security measures before the virus emerged.10

Mao often cited Sun Tzu in his works on military strategy, but Mao was unique because his strategies centered on conducting insurgencies. Insurgencies are defined by the lack of conventional military situations, such as terrorism, protracted warfare, and battles with out seeming sequence. Preconceived notions of ‘front lines’ or other geometric concepts of battle do not apply, and leverage not only the use of combat forces, but also the people themselves. This heightened complexity, and the use of civilian populations to fight, is arguably similar to the fight against the COVID-19 outbreak.

Some individuals oppose calling the COVID-19 pandemic a war, not necessarily because they disagree with the comparison, but because there are fears that wartime rhetoric could be used to curtail civil liberties.11 It is vital to recognize that this has happened in the past. Regardless, the comparison between the COVID-19 pandemic and war seems close enough that we can use the lessons of war to address the outbreak and evaluate the response. Because of these comparisons, it seems suitable to examine COVID-19 through the war lens. However, to adopt a war lens involves loosely projecting the attributes usually ascribed to military professionals onto the non-military forces fighting COVID-19.

The Various Actors in Military Warfare

Because none of these theorists are alive, and their insights focus on military warfare, my assessment of how these theorists would evaluate the COVID-19 response relies on a loose comparison of the interactions of strategic, operational, and tactical actors associated with military warfare to those of the actors fighting COVID-19.

In war, there are constant interactions occurring between strategic, operational, and tactical actors. Actions at the strategic level influence the lower levels of warfare, but the actions and events occurring at the lower levels can influence whether the strategic actors need to readapt strategy and consider alternative courses of action. However, these interactions are not as uniform in the war against COVID-19.

The Various Actors in the War Against COVID-19

Certainly, military forces are assisting the COVID-19 response by supporting logistics, testing, and so on. 15 Therefore, some aspects of military warfare are employed. However, the COVID-19 fight is more than a military engagement. Those on the frontlines of COVID-19 include, but are not limited to, private sector businesses and corporations, the manufacturing sector, public health workers, and the service industry. Therefore, the response is significantly more fragmented than might be the case in military warfare and operations. Still, the COVID-19 fight depends on interactions at strategic, operational, and tactical levels of war.

Since addressing a global pandemic relies on the decisions of national, sovereign states, each nation-state has strategic, operational, and tactical actors. From this perspective, which actors are strategic, operational, and tactical depend on where these actors sit in the governance architecture of the nation-state. Regardless of the various levels, the actors would include, but not limited to, political, defense, law enforcement, financial, health, and economic actors.

The strategic level in the COVID-19 fight could consist of actors at the federal and national government level. Operational actors would include the provincial-level leaders, officials, and organizations. In the United States, these would be officials and institutions at the ‘state-level.’ Tactical level actors serve at the community and local level in supporting the response. Tactical actors could also include individual people in states.

Interactions between these actors occur between persons and between institutions, and these interactions can shape a country’s performance and success in war, whether it is a war fought by militaries, or one fought against an infectious disease. Although some might not agree that the actors in the COVID-19 response are as comparable to militaries as I attempt to claim, complex civilizations have strategic, operational, and tactical levels of operation that help keep the system running in any sector, whether the civilization under takes a military engagement or deals with economic or public health emergencies.

Therefore, even though Handel’s masters of war focus on military warfare, their thoughts can be applied to non-military issues. Although each of these theorists provide similar insights in certain circumstances, each are particularly valuable in certain areas of war vital to understanding the response to the COVID-19 outbreak from a war-fighting lens.

The COVID-19 outbreak in many ways is analogous to war, not only because today’s leaders say it is, but because the characteristics of the outbreak resemble many of the principles and situations outlined in classical military theorists’ definitions of war. Although some oppose the rhetoric making such an analogy, the comparisons exist, and, making those comparisons can be vital to communicating the national security implications of amorphous threats like infectious diseases.

Further, as in the case with conventional military conflicts, the war against COVID-19 requires effective interactions between strategic, operational, and tactical-level actors, all pursuing a common objective. However, as the organization of the response affects the means and authorities by which these actors make decisions. In a response as complex and fragmented as the COVID-19, a government’s organization of the response can affect whether the war effort is so disparate that it is futile.

This article series will apply the ideas of military theory to provide a new perspective on the outbreak, and, hopefully, inform additional measures to increase the chance of victory for us all. 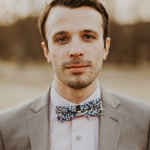 The UK and Long-Range Strike