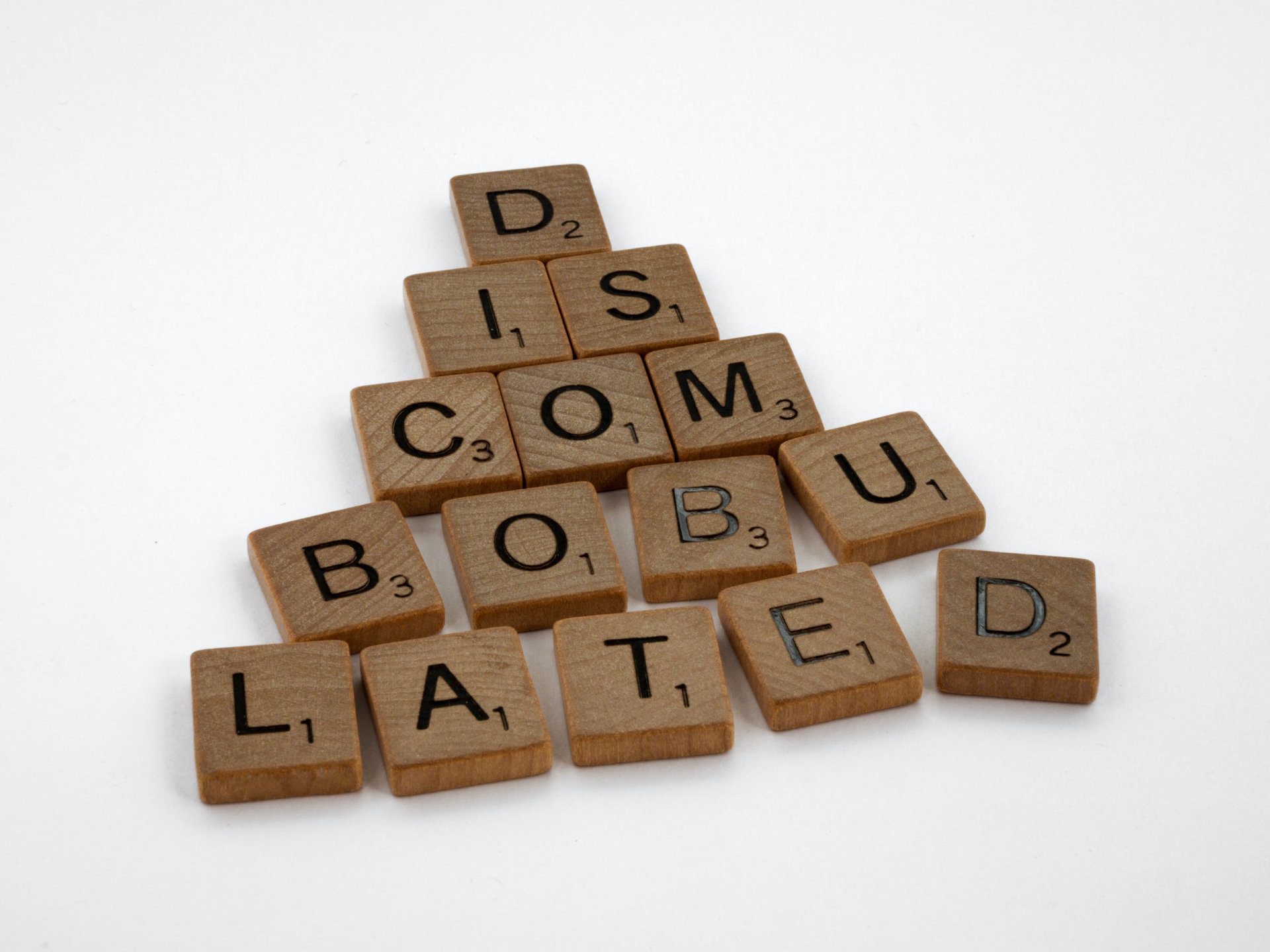 O divine art of subtlety and secrecy!  Through you we learn to be invisible, through you inaudible, and hence we can hold the enemy’s fate in our hands.

The rise of China and resurgence of Russia suggest that an era of great power competition has returned.  Diminishing technological advantage over such peer and near-peer competitors as well as pressures on defence budgets present challenges for Western militaries such as Britain, the United States and Australia.  Within this context, history provides numerous examples of the successful use of deception on the battlefield enabling forces to achieve physical and psychological effects against peer and near-peer adversaries.  Recognition of the opportunities presented by deception, surprise, and stratagem in warfare are evident in recent publications in the UK, US and Australia, presenting a growing interest and an opportunity to rapidly develop capabilities and expertise in these areas.

The rapid rise of China coupled with the resurgence of Russia entering the 3rd decade of the 21st century evokes echoes of the Cold War that dominated the period from 1946 to 1991.  It signals a new era of great power competition.  In parallel, the technological preeminence that the US enjoyed at the end of the Cold War, and displayed with devastating effect in the first Gulf War, has eroded steadily over the past 20 years.  This has generated renewed interest in how the United States and its allies can maintain or achieve military advantage as part of a containment and deterrence strategy to counter Chinese and Russian ambitions.  For example, the US 2018 National Military Strategy emphasises that the Joint Force needs to work to retain a competitive advantage over China and Russia, while acknowledging “… our competitive military advantage has been eroding” coupled with the need to “… restore America’s competitive edge by blocking global rivals Russia and China from challenging the U.S. and our allies.”1  Going forward, developing and sustaining a coherent approach to meet that goal is a significant challenge because demands on resources, expansion of responsibilities, technological parity, and the need to adapt quickly to evolving geopolitical circumstances are not going to diminish and probably will grow.

Ignoring this reality inevitably, and unfortunately, has a high likelihood of constraining the Pentagon’s ability to focus on its core mission of deterring or defeating adversaries, especially as DoD’s share of the budget shrinks.  Similar concerns have been voiced in Australian and British defence circles.2  The complexities inherent in this strategic environment also simultaneously create obstacles to consciously prioritising the allocation of time and resources between competing threats and political priorities, practicing strategic patience, and engaging in concerted cooperation like the AUKUS partnership with Australia and Britain.  Moreover, as full-spectrum competitors, China and Russia on a global scale, or for that matter adversaries such as Iran and North Korea on a regional scale, pose a unique problem because they can combine strategic intent and adaptive behaviour to thwart Western objectives.

Fortunately, the historical record offers insights for crafting a strategy with deception – providing false information within the bounds of what may be thought reasonable or probable – as one of its cornerstones to successfully counter peer or even peer+ competitors.  The objective of deception is to “Always mystify, mislead, and surprise the enemy” thereby destabilising the enemy’s ability to succeed.3  As Michael Handel notes: “Deception in war must be considered a rational and necessary type of activity because it acts as a force multiplier, that is it magnifies the strength or power of the successful deceiver.  Forgoing the use of deception in war undermines one’s own strength.”4

“from the earliest accounts of warfare to the modern era, deception is a consistent feature of the preparation and execution of plans”

Multiple examples from antiquity to the present illustrate this point including the Greeks use of the Trojan Horse;5 Napoleon’s victories over the Prussians in the February 1814 battles of Champaubert, Montmirail, and Vauchamp;6 ‘Stonewall’ Jackson’s campaigns in the Shenandoah Valley and Chancellorsville;7 German deception against the French on the Meuse in May 1940 and the Americans in the Ardennes in 1944;8 a series of Allied operations during World War II including the battle of Midway and the invasions of North Africa, Sicily, and Normandy;9 the US Marine Corps landing at Inchon and China’s subsequent intervention in the Korean War;10 the 1968 Tet offensive during the Vietnam War;11 the Egyptian crossing of the Suez Canal in the opening days of the 1973 Yom Kippur War;12 and the 1991 Gulf War’s Operation Desert Storm.13  In fact, from the earliest accounts of warfare to the modern era, deception is a consistent feature of the preparation and execution of plans as commanders sought to achieve surprise over their adversaries and exploit the subsequent confusion and fear to achieve battlefield victory.14

Those cases offer lessons learned and a template for using deception as a stratagem.  In each instance, deception produced a physical effect and a psychological effect.  The target of deception is the mind of opposing decisionmakers, and the aim of deception is to get them to act in certain ways.  Deception goes beyond simply lying.15 A successful deception campaign requires an audience that wants to believe something which is false about military capabilities or intentions at the strategic, operational, or tactical level.  To accomplish this, deception also requires a plausible scenario (i.e., error mixed with truth) that fits audience expectations and embeds the basis for a false inference within the plausible anticipated future to achieve a desired response – action or inaction – that is exploited at the centre of gravity on the battlefield.16

Echoing the recent observation by General Sir Patrick Sanders, Head of UK Strategic Command, that the military needs more Qs than 007s,17 cognitive degradation of an adversary acts as a force ratio multiplier helping achieve an advantage.  Successful deception causes resource misallocation (e.g., accepting the false scenario, hedging against the possibility of it occurring), confusion, overconfidence, and indecision.18  This invariably happens because successful deception means an adversary is unable to understand, plan, or act in accordance with reality.  Making appropriate decisions becomes increasingly unlikely regardless of the speed of decision making.  Indeed, inducing a peer or near peer competitor to make rapid incorrect decisions might advantage one’s own position since those incorrect choices can have a compounding effect.

Clausewitz’s argument that everything in war is difficult underscores another factor favouring countering peer and near peer competitors with deception.  Modern militaries, especially Western ones and their peer or near-peer competitors, increasingly rely on digital schemata (e.g., common operating pictures) to provide a situational awareness of the battlespace.  The breadth of the battlespace means that such schemata are necessary.  However, increased reliance on sensors rather than direct observation means that a commander increasingly views, and cognitively processes, a representation of reality.  They do not directly experience that reality itself.  Hence, despite conventional wisdom that it becomes harder to conduct deception because of multiple sensors, the sheer volume and velocity of data bring collected might well prove to make deception more possible.19  As a result, it is plausible in a kinetic conflict between peer or near-peer adversaries that “… the factors of confusion and high operational tempo, the multiple dimensions of threat and uncertainties, the degradation of intelligence and communications” all present opportunities for deception.20

Simply put, given the emergence of peer and near-peer rivals combined with the weight-of-evidence demonstrating the efficacy of purposeful deception as a stratagem, it is time to emphasise deception and make it a central feature of Western doctrine and tactics, techniques, and procedures (TTPs) especially as reliance on hybrid and asymmetric warfare has proliferated.21  Increased concerns about the military capabilities of peer competitors (i.e., China and Russia) combined with fiscal constraints, provide powerful incentives to enhance deception capabilities.  Moreover, as Michael Handel noted roughly 40 years ago “… there is never a reason to make life easier for the adversary or more difficult for oneself … even if deception is not always used as part of a military plan or strategy (which would be a mistake) the adversary must always live under the impression that deception is being practiced.’22

Because deception works at a personal and cultural level, deception operations require a nuanced approach, are resource intensive, and must be tailored to specific countries, services, and commanders.  This underscores need to generate credible, accurate intelligence to better understand potential future adversaries and build capacity for deception operations now.  The difficulty of achieving such knowledge of adversaries cannot be overstated.23  And, knowledge and expertise in any field atrophies when not a primary focus or point of consistent practice.  A standing start at the outbreak of hostilities needs to be avoided if deception is to achieve decisive advantage.  It is clear that the Chinese, Russians, Iranians, North Koreans and other state actors already are aggressively pursuing those capabilities.  The question is what is being done now to develop the necessary knowledge and expertise in the West?  Given ongoing uncertainties about the future trajectory of great power competition between Western democracies and autocratic regimes in China and Russia, now is the time to reinvigorate deception.  This requires both effort and expertise in capability in the understanding, design and application of deception operations and their effectiveness against a variety of opponents.

“It is clear that the Chinese, Russians, Iranians, North Koreans and other state actors already are aggressively pursuing those capabilities.”

Fortunately, promising signs of a renewed emphasis on deception and its importance as a stratagem in warfare are evident in recent American, Australian, and British military circles and publications.  This includes,  for example, the 2019 publication of FM 3-13.4 Army Support to Military Deception.24  Moving aggressively to develop this capability and expertise will further demonstrate the West’s resolve, and more significantly, ability to deceive adversaries in order to meet successfully the challenges posed in the 21st Century. 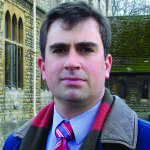 Charles B. Vandepeer is a Senior Lecturer in Intelligence and National Security at Charles Sturt University and runs the Mind of War Project. 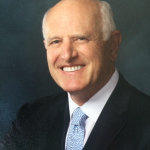 James L. Regens is Regents Professor and Director of the Center for Intelligence and National Security — an Intelligence Community Center of Academic Excellence — at the University of Oklahoma.