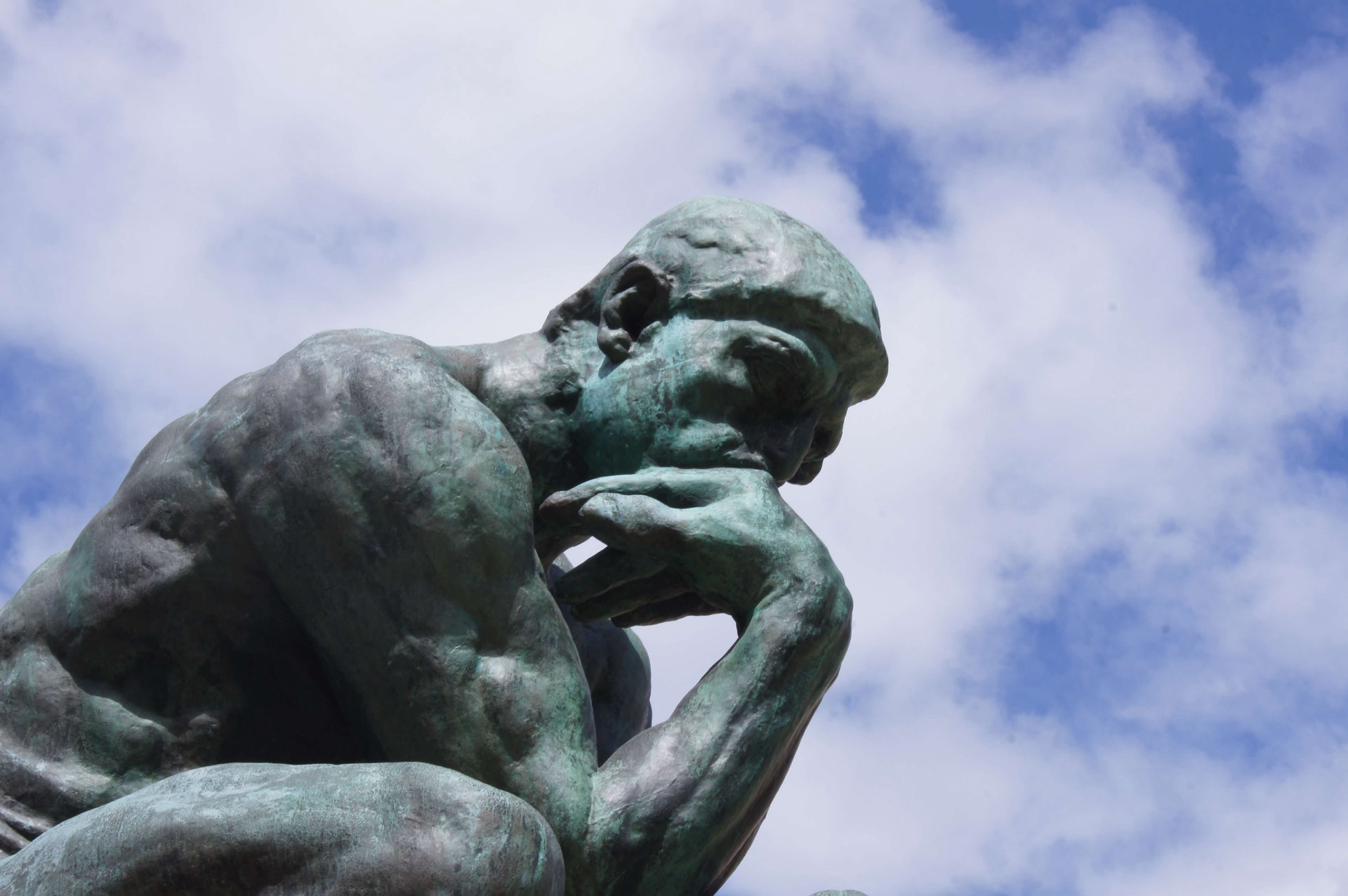 British military theorist J.F.C. Fuller contends that the primary causes of military shortsightedness are, “The worship of traditions, and the second is our incapacity to see world forces in their true relationship.”[1]  Fuller’s assertion serves as a good starting point to reflect on Donald Stoker and Craig Whiteside’s recent publication in the Naval War College Review. In Blurred Lines: Gray-Zone Conflict and Hybrid War—Two Failures of American Strategic Thinking, Stoker and Whiteside rail against the idea of gray-zone conflict and hybrid war. They contend that these terms are pernicious theories that have a deleterious impact on strategic thought. They argue that gray-zone conflict and hybrid war distort and ignore history, that those concepts confuse war and peace, and that those concepts do not clarify existing definitions of war.[2] Further, Stoker and Whiteside assert that gray-zone conflict and hybrid war fails to account for Carl von Clausewitz’s argument that war and peace are separate concepts, dialectically bridged by competition. Nevertheless, Blurred Lines’ under-riding contention is that the use of modifying terms and phrases are not useful because they do not align with existing military theories and are therefore confusing.

This paper concludes with a suggestion. Gray-zone and hybrid war are accepted, albeit underdeveloped concepts today. They are not going to disappear from the discussion of war any time soon. Therefore, instead of railing against such concepts, the strategic and defense studies community should cultivate and improve these types of concepts. While Carl von Clausewitz’s interpretation of the wars of Frederick the Great and Napoleon Bonaparte are important, not all of those lessons transcend time. Armed conflict has clearly moved beyond wars in which heads of state led foot-powered, horse-drawn armies on the field of battle. Modern war studies must also strive to maintain pace with the ever-evolving character of war instead of being rooted in the transcendent theories and concepts from the past. Concepts such as gray-zone conflict and hybrid war allow the policymaker, historian, and practitioner of war to keep pace with war’s ever-evolving character.

International relations theorist Charles Glaser posits that an actor’s choice of strategy does not hinge upon the norms and processes of the liberal international order. Instead, Glaser asserts that an actor’s choice of strategy depends on its motives and objectives, its material capabilities that determine its potential military strength in respect to its motives and objectives, and what it understands about its adversary’s motives.[4] Similarly, historian John Keegan asserts that one’s culture is a key element in how a strategic actor wages war, and not politics or the belief in or adherence to an international order.[5]

In fact, the international order—its rules, systems, and processes—is often used against other strategic actors.[6] This happens because actors on the strategic stage play to win and not because they have found a loop hole in a military theory, as Blurred Lines would have the reader believe. Strategic theorist Everett Dolman offers useful counsel on this topic. He contends that the rules of war are always in a state of change, despite the tactically-minded individual’s effort to prevent that change or to protect the rules that they favor.[7] He continues, “True strategic power is the capacity to manipulate shared understanding of rules, norms, and other boundaries that set the parameters of action.”[8] Further, theorist Thomas Schelling contends that strategy is not rules-based, but instead, strategy is interested with the manipulation of latent power.[9]

It is not a stretch to assume that any strategist or policymaker worth their salt is not shackling themselves to the constraints of an international order. Instead, they use the customary rules and norms of the international system to their advantage. Strategist David Kilcullen carries this argument to its next logical step. He contends that war today often resides in liminal strategies, or strategies that “Ride the edge of detection in order to achieve political and military goals without triggering a response.”[10]

Russia, as an example, employs this strategy today. In Georgia, Ukraine, Syria, Libya, and other hot spots, Russia leverages a strategy that exploits the existing norms and rules of the international system to allow it to achieve its policy objectives.[11] Analysts at the Center for European Policy Analysis refer to this approach as a chaos strategy.[12] Neither the gray-zone concept, nor hybrid war influences a strategic actor’s conduct on the international stage. Instead, amoral self-interest in pursuit of strategic victory is what motivates an actor to manipulate the order of things to their advantage.

The Evolution of Military and Strategic Thought

Stoker and Whiteside’s passing remarks about B.H. Liddell Hart’s indirect approach is useful in understanding the shortcomings that arc across Blurred Lines. They chastise French analyst Olivier Kempf’s summary of hybrid war, which Kempf describes as a restoration of the indirect approach. They state that Kempf is not only incorrect, but also characterize his position as a byproduct of intellectual devastation wrought by wrong thinking. They contend that Kempf is incorrect because Liddell Hart was discussing strategy, and not tactics.[13] This is yet another point where Blurred Lines is wrong. Liddell Hart’s indirect approach is not a strategic concept, but an operational concept, despite the theory’s frequent association with the word strategy. Second, Blurred Lines’ boorish position shows that the authors are either unable or unwilling to balance historical concepts against modern evolutions in theory and military doctrine.

The purpose of bringing this point to bare is to highlight Blurred Lines’ flimsy judgment between the difference in strategy, operations, and tactics. Likewise, it illuminates the fact that as time progresses some concepts and thought patterns stagnate and need replaced or placed into context with the current state of war. Without being too metatheoretical, ideas cannot evolve if theorists, historians, and practitioners do not introduce new terms, new modifiers, and frameworks to arrange those characteristics. Contrary to Blurred Lines’ position, this is why concepts like the gray-zone and hybrid war are useful – they advance the understanding of war in direct relationship to the time in which war is being conducted, instead of trying to shoehorn 200 year old concepts, like binary interpretations of war or peace, into modern war. Grand tactics is useful to this end.

Blurred Lines advocates that the strategic environment is in one of two states, either war or peace. It contends that hybrid war and gray-zone conflict operate outside this construct and are therefore poisonous to strategic thought.[21] Besides being erroneous, the authors leverage an appeal to authority to support their position and provide no concrete examples to support their argument. Despite Stoker and Whiteside’s assertions, the clouding of war and peace is not a new idea, nor does it reflect a juvenile appreciation of war. To be sure, theorist J.F.C. Fuller, writing in 1926, stresses that, “There is no intrinsic difference between peace and war, the difference being one of degrees.”[22]

Many countries find themselves operating outside the narrow boundaries of the war-or-peace paradigm advanced in Blurred Lines. The United States, for instance, has been at both war abroad and peace at home since 2001. During that time, the United States has participated in several large, significant battles, such as Mosul (2016-2017), Raqqa (2016-2017), and Marawi (2017), which are part of larger, on-going wars. Yet those wars barely register on the domestic radar in the United States.

Further, Blurred Lines war-or-peace dichotomy fails to address coalition wars. Coalition membership in the United States-led counter Islamic State task force puts partner nations both at war abroad, and peace at home. Policymakers in those situations do not have the luxury of single-minded thinking but must possess cognitive dexterity regarding their understanding of war. They must be able to understand the connections amongst war, peace, and the gray area that links those two opposed states of being. More historically significant, the 20th century’s Cold War between the United States and the Soviet Union falls outside Blurred Lines’ war-or-peace construct.

As J.F.C. Fuller reminds the reader, there are only degrees of separation between war and peace. Because of this, modifiers are important tools because they provide an array of colors to the theorists’ pallet, allowing them to fill in the voids generated by a monochromatic definition of war. Nevertheless, war is not black or white. Resultantly, modifying terms are useful because they push beyond a banal definition of war, which tends to imply conventional, state-on-state war; whereas  modified definitions of war like hybrid war, proxy war, partisan war, revolutionary war, or civil war, help align one’s mind along a specific conflict’s contextual realm of reality.

Contrary to Blurred Lines’ position, the type of war is important to highlight because doing so aids policymakers and practitioners in aligning strategy, the operational approach, tactics, forces, and resources needed to address that problem. Chinese statesmen and military theorist Mao Tse-Tung offers useful advice for those studying war. Mao contends that:

In studying the laws for directing wars that occur at different historical stages, that differ in nature and that are waged in different places and by different nations, we must fix our attention on the characteristics and developments of each, and must oppose a mechanical approach to the problem of war.[23]

While Blurred Lines offers a mechanical approach to the problem of war, the individuals expanding war’s professional body of knowledge by adding and refining concepts like the gray-zone and hybrid war are adding true value to the study of war and strategic thought.

Blurred Lines reads like an espousal of distaste for two concepts in modern war, rather than a true critique of strategic and military thought. Blurred Lines provides conjecture and inconclusive evidence to support its position, while never providing concrete instances in which gray-zone conflict or hybrid war has muddled a situation by confusing a policymaker, nor how it has undercut strategic thought. Instead, Blurred Lines leverages red herrings, circular logic, and the appeal to Clausewitzian authority to support its position. Likewise, Blurred Lines’ solution—honestly identify all the actors’ strategic objectives, differentiate between war and peace, and properly identify the arenas of power within each actor is operating—is not aligned to the problem Stoker and Whiteside attempt to solve. Instead, they fall back on Clausewitz’s ideas on theory and war to support their argument. Yet, they do so without providing the full extent of Clausewitz’s thoughts on war, which when provided, tends to negate the authors’ thesis.

Blurred Lines’ attempt to cull strategic and military thought in the name of preserving a puritanical Clausewitzian outlook on war is a dangerous proposition. It is dangerous because it undercuts free thought, the learning process, and the process of theory and concept development. In its place, Blurred Lines advocates an outlook akin to looking at the strategic environment through a lens that insufficiently explains the contemporary strategic environment.

Instead of trying to suppress ideas and the process of theory development and improvement, Stoker and Whiteside should instead lead the way in refining theories that they find insufficiently developed. To be sure, J.F.C. Fuller argues that, “We must liberate our thoughts from customs, traditions, and shibboleths and learn to think freely, not imitatively.”[24] Liddell Hart also offers that, “To form a true theory we must create the conditions necessary for its evolution. War must be studied scientifically, with the mind completely detached from all predilections save for the truth.”[25] Stoker and Whiteside’s Blurred Lines is a dangerous proposition because it attempts to shackle strategic thought to out of date predilections, despite strategic and military progress. Instead of fighting against the gray-zone conflict and hybrid war, Stoker and Whiteside’s should help the strategic studies and defense community improve those concepts.

[10] David Kilcullen, The Dragons and the Snakes: How the Rest Learned to Fight the West (Oxford: Oxford University Press, 2020), 36.