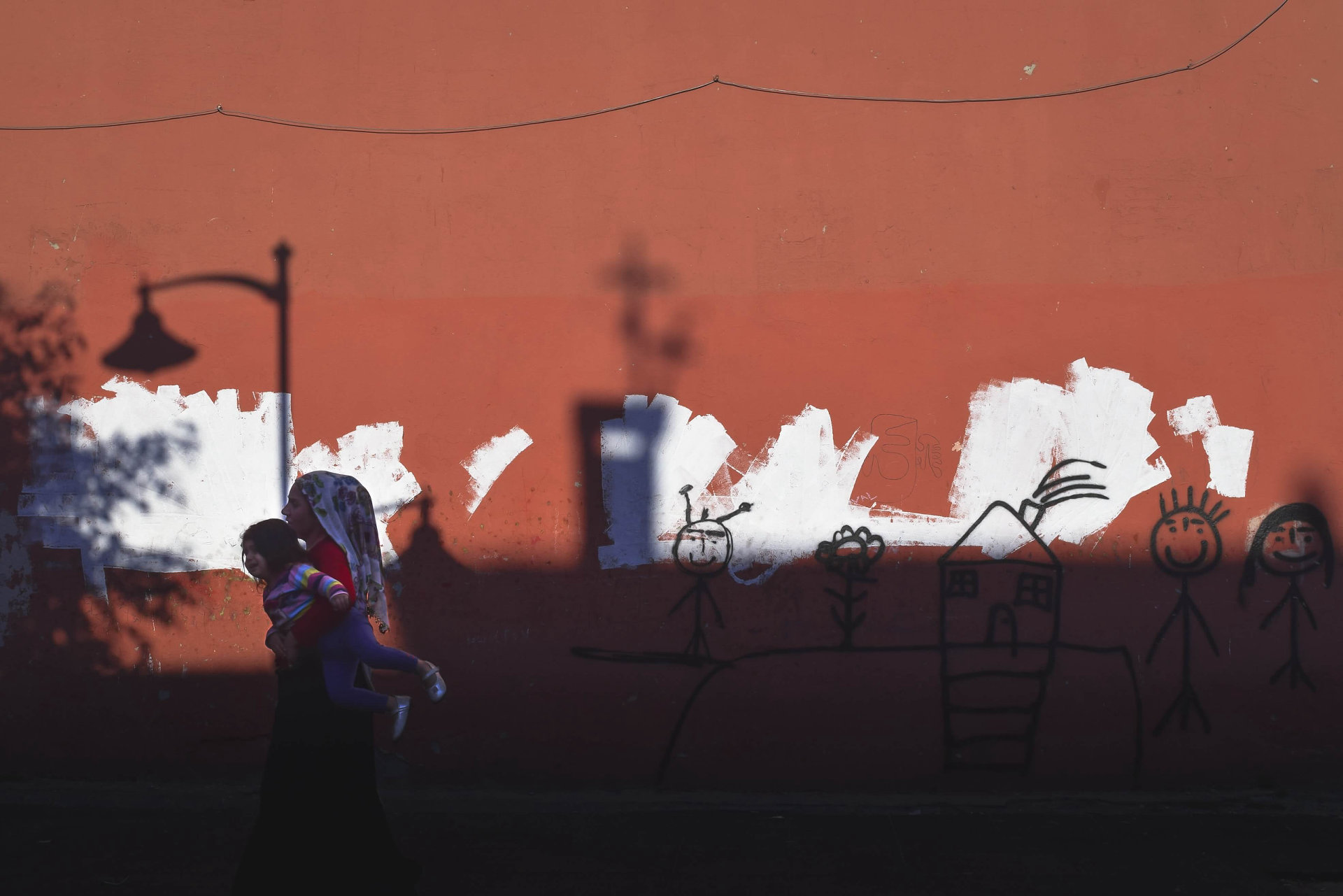 Whichever way you look at it, understanding and addressing human security is a challenging problem.  It isn’t just complicated, it’s highly complex.  In principle, human security touches on almost anything and everything that can affect the security of human beings, from conflict, crime and physical security, to individual well-being and fulfilment, psychological suffering, deep-seated grievances, and a litany of other issues.

The concept of human security isn’t particularly new.  It rose to prominence in the development and humanitarian communities more than two decades ago.  But the past couple of years have witnessed ever greater emphasis on human security amongst military actors and the defence and security communities.  In the UK, a recent example is Joint Security Publication (JSP) 1325 on Human Security in Military Operations, published by the Ministry of Defence (MOD) in 2019 and due to be revised soon.

However, recent experience with defence and security personnel to explore and experiment on how to bolster the ‘understand’ function in relation to the human security environment (HSE), it has become apparent that the concept of human security can still mean different things to different people.  Sometimes the differences are subtle; sometimes they are significant.  Regardless, they are always important.

When exploring ways to operationalise human security, especially as part of military planning processes, discrepancies in our basic understandings of the concept can become a challenge all of their own. It becomes more difficult to agree on what, exactly, is actually being talked about. And when the process of problem definition becomes disjointed rather than joined-up, the resultant understanding becomes fragmented rather than shared.

This concept was something of a normative rallying call in the closing days of the Cold War and thereafter, as many in the international community cast their minds forward to envisage a world in which the security of ‘the state’ was not privileged above, or at the expense of, the security of citizens. This became more acute as events in the 1990s and through the start of the 21st century demonstrated that the greatest threats to the security and livelihoods of many people around the world often (though not always) emanated more from the actions of their own governments, or the actions of other members of society within their own country, rather than from the actions of other states.

In this way, this represents a kind of meta level of analysis.  It’s both bottom-up and top-down at the same time.  This line of thinking isn’t exactly novel; it’s just logical. As was noted decades ago by the international relations scholar Hedley Bull in his 1977 book The Anarchical Society: “the ultimate units of the great society of all mankind are not states… but individual human beings, which are permanent and indestructible in a sense in which groupings of them… are not.”

Human security can also refer to various categories or manifestations of threats to people’s security.  This interpretation has a descriptive flavour: it aims to identify, describe and articulate the threats manifesting in a particular situation or environment.  The UNDP’s landmark 1994 Human Development Report identified seven categories of threats to human security: economic, food, health, environmental, political, community, and personal.

For many international development and humanitarian organisations, these categories are often seen as the de facto way of breaking down the concept of human security into manageable chunks.  Military actors, however, may seek to translate these categories into ones that resonate more strongly with the ways, means and priorities of military activities.  For instance, the UK’s JSP 1325 policy on Human Security in Military Operations (as mentioned earlier) explicitly focuses on the UNDP’s category of personal threats to human security.

According to JSP 1325, these threats are “understood as protection from physical violence, whether from the state or external states, from violent individuals and sub-state actors.”  In that sense, physical violence appears to be the interpretive frame through which human security is operationalised militarily.  It’s true that this interpretation is people-centric rather than state-centric.  But the focus on physical violence – perhaps because it’s more visible and apparent and tangible – appears quite closely aligned with a more traditional military orientation.

Moreover, the use of pre-defined thematic areas to frame human security at the policy level – such as Women, Peace & Security (WPS), Children and Armed Conflict (CAAC), and Modern Slavery and Human Trafficking (MSHT), as captured in JSP 1325 – raises the prospect that certain categories of threats gain the attention of planners in an a priori fashion.  In other words, a small number of threat categories may have already been determined and prioritised before a comprehensive assessment of the human security environment (and the relative importance of threats in that environment) has taken place.

Some might argue it isn’t enough to think about human security in terms of referents of security, or levels of analysis, or even thematic categories.  Perhaps these all seem excessively mechanistic or procedural. Because the reality is that human security is thoroughly complex.  It’s multi-dimensional, embodies multiple complex inter-dependencies between numerous issues, and it’s highly context-specific.  And lest we forget, it’s also highly subjective to the needs and well-being of individual peoples.

For military planners and other decision-makers, understanding human security and integrating its insights into military activities depends not just upon doing the right kind of analysis and establishing the right kinds of processes.  It also depends upon inculcating certain kinds of mindsets, cultural and organisational attitudes, perceptions, institutional knowledge, and a holistic understanding about the nature of human suffering and human wellbeing, including its physical, psychological and other dimensions.

From a conceptual and knowledge development perspective, a useful analogy could be found in the example of counter-insurgency.  Take the ideas put forward by soldiers, scholars and soldier-scholars writing on the theory and practice of insurgency and counter-insurgency in the twentieth century (including David Galula amongst others).  These seemed novel, perhaps counter-intuitive, even radical at the time, and difficult to grasp conceptually.  And the evolution of insurgency over the past few decades shows there’s still a long way to go in effectively addressing it.

However, the main principles of insurgency – including recognising it as a political rather than military strategy; that insurgents use tools of substitution to account for relative weakness in often creative ways; that the civilian population is the ‘centre of gravity’ for both the insurgent and counter-insurgency; and so on – have gained something akin to common-sense status amongst military practitioners.  This status is something that the concept of human security appears yet to achieve.

In a similar vein, a big challenge to the human security paradigm comes from the prevailing structure of international politics itself.   The state-centric national and international security paradigms have had the benefit of hundreds of years of human history – at least since the 1648 Treaty of Westphalia – during which to acquire and solidify their own common-sense status in the collective imaginations of leaders and peoples the world over.  Time and history matter.  Right now, it’s unclear what it might take for the human security paradigm to acquire the same kind of common-sense status, what timeframe we might be looking at – and ultimately, to what extent this is even possible in a world whose primary political unit remains the state.

For the military, at least one thing seems certain.  In the same way that much of the concept of human security inevitably brings the conversation around to the nature of human well-being – and ultimately what it means for people to feel secure 2– so too will a fluent and agile understanding of the human security environment depend greatly on the knowledge, attitudes, insights, dispositions, and mental models and tools acquired within the minds of military practitioners.  Conversation is key.

Toby is an Associate Product Manager at Trilateral Research, where he works on products to support decision-making in the defence and security sectors. Toby’s background is in applied research and innovation around contemporary security and defence challenges. He is particularly interested in human-centred approaches to the promotion of international security, with wider related interests including international defence and security affairs, technology, society, risk and decision-making.