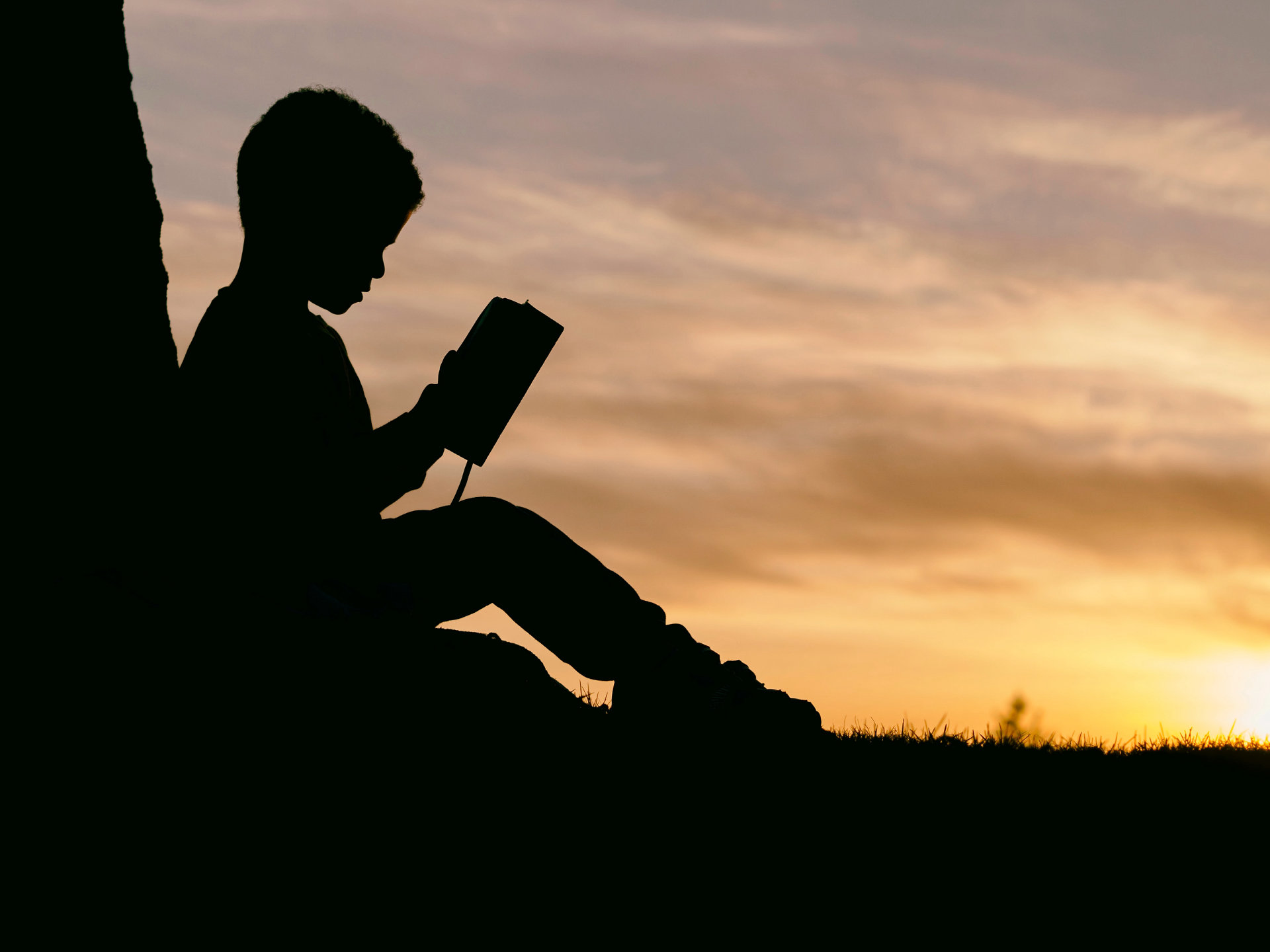 Finally. Christmas is here.  It’s worth pointing out that we’ve been buying mince pies since October to help us with all the editing we’ve been up to this year!

The Wavell Room is a team of volunteers from all three UK Armed Forces.  We’ve grown in 2020 to include academics and we even have two Americans (who spend far too much time wondering why defence is spelt with a c!).  We like to think we have diverse interests and a broad range of PME stuff between us.   As such we asked our team to provide two recommendations each to make our Christmas 2020 PME list.  We’ve also reached out to our writing community and readers for these recommendations.  We’ve listed them in a random order… it was far too difficult to prioritise them.

Before you read our picks, however, we have a proposal.  If you have a good idea, or read a good book over leave, why not jot down some notes?  Once you’ve had a few more mince pies, turn those notes into an article or book review and send us a draft.  We will give your ideas a forum and reach; what have you got to lose?!  We would love to publish your thinking in 2021.

So here it goes…top picks from the Wavell Room team.

The Dragons and The Snakes.  David Kilcullen is back.  First published in 2019, this book has re-shaped contemporary thinking about how military organisations develop.  Kilcullen’s basic theory is that after the Cold War the West slayed a dragon (Russia) but is now faced by snakes (insurgent groups) who evolve faster and beat the West. This book looks at how these groups have evolved to counter the West’s battlefield dominance.

Blood, Metal and Dust: How Victory Turned into Defeat in Afghanistan and Iraq.  Former British Brigadier Ben Barry has produced one of the best military histories of the recent campaigns in Iraq and Afghanistan.  His work producing the UK military’s official lessons learned from Iraq, and extensive archive material, have been combined into a balanced and broad account.  Accessibly written for serving and non-serving readers alike, it pulls no punches about the strategic incompetence which led to defeat.

War in Space.  Space is a growing domain but there is little written about it.  Dr Bleddyn Bowen looks at why and sets out seven rules for understanding the new domain.  It’s an expensive book so it’s probably worth waiting for the paperback… or get it from the library… but whilst you’re waiting check out our podcast with the author.

Goliath: Why the West Isn’t Winning.  One of the ‘fad’ books of 2020, Sean McFate sets out new rules of war.  His analysis challenges many assumptions, such as  the utility of aircraft carriers, and asks us to think differently about military operations.  It’s generated lots of debate though… his argument may not be right. 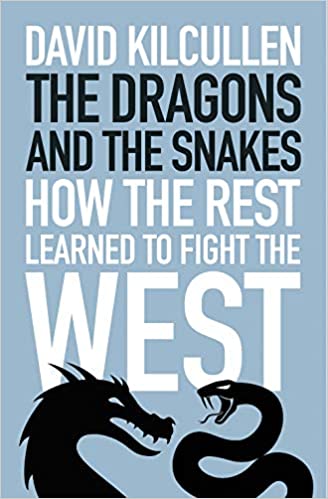 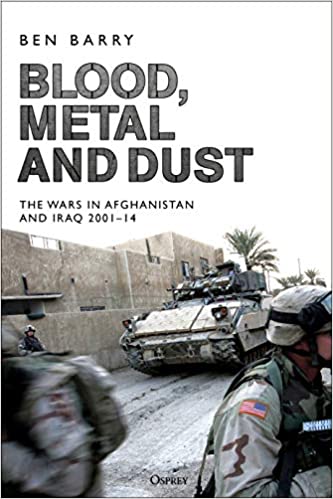 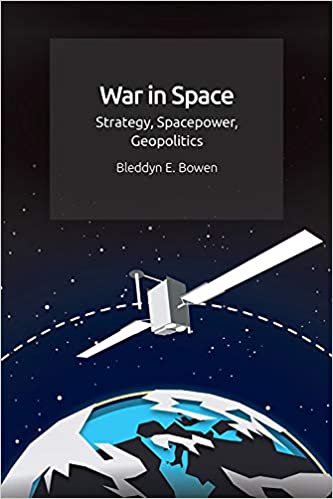 This is Not Propaganda.  Peter Pomerantsev’s second book expands his previous work on modern day Russia, into the global spread of social media, disinformation and ‘fake news’.  Russian information operations are just one small part of the book, which includes everything from BREXIT to Ukraine to MAGA to online radicalisation.  Social Media and political messaging have been weaponised and are used in influence operations worldwide; don’t feed the trolls!

The Return of the Russian Leviathan.  Not really about information warfare (and we use that really broadly), but a history of Russian culture in short dits.  Sergei Medvedev’s look at Russian culture challenges many of the assumptions we take for granted and helps explain why things are the way they are.

Cyber Dragon.  It’s always worth reading around a topic to get a feel for it.  We’ve seen lots of discussions about the rise of China and their Great Firewall.  But, maybe it’s worth reading about it in detail? 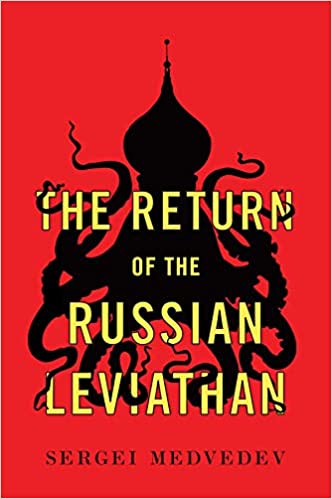 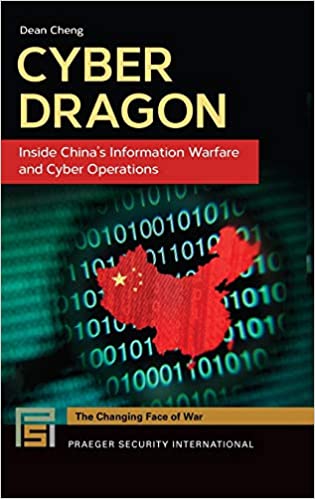 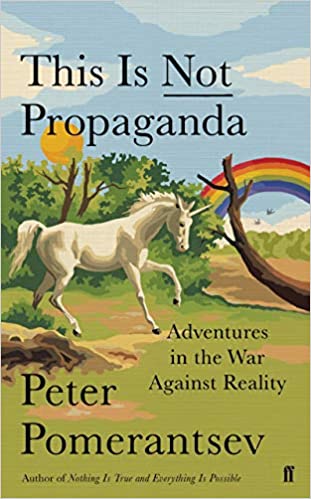 Leadership is Language.  David Marquet’s Turn the Ship Around was, from our perspective, an incredibly refreshing piece of writing on leadership.  In Leadership is Language, David Marquet develops his ideas and looks at how the words we use impacts those around us.  It certainly made us think.  But don’t take our word for it, one of our readers has already reviewed it.

Rebel Ideas.  If you’re in the British Army then chances are you’ve already been ordered to read this book.  Yet, this a good reason for it.  Matthew Syed sets out how and why organisations need diverse thinking.  But it’s more than just a list of politically correct slogans, it’s a decent analysis that has practical application.

We Should all be Feminists.  It’s short and powerful.  We;’ll leave it at that. 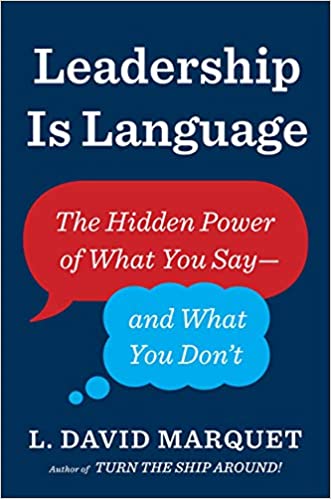 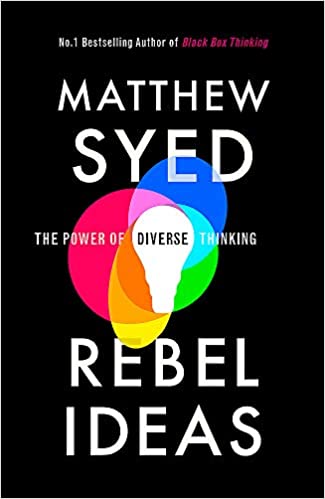 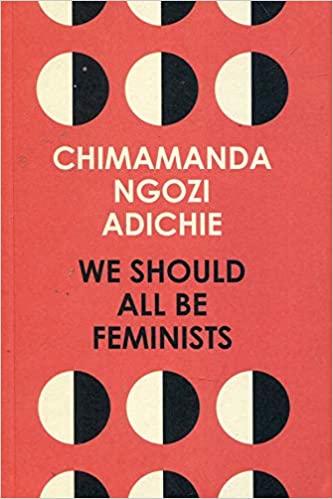 Haig’s Enemy.  We can never read enough history, as Jonathon Boffs book reminds us.  In Haig’s Enemy Boff looks at Crown Prince Rupprecht’s command on the Western Front during the First World War.  Many of the themes will be familiar to readers but looking at the problems from this perspective broadens our understanding.  Check our out podcast with the author (with thanks to War Talks) before committing though.

Hiroshima.  This is a classic book that looks at the horrors of nuclear war.  It tells the story of some of the survivors and drives home the reality of the nuclear strike.  Across 2020 we’ve seen debates over nuclear arms and we are recommending this to add perspective.

Battleground. The Fight to Defend the Free World. It can be hard to understand the American view of the world.  Questions, such as why does Iran loom so large on the U.S. foreign policy agenda and what was America’s view of the world pre-9/11 are often unclear.  McMaster, as the recently retired US National Security Advisor offers a candid view, not on his views of President Trump which are almost completely absent,  but rather the decision making of all the U.S administrations post-WW2 in the foreign policy area.  Whilst the analysis of the key Defence and Security challenges may not be new, the understanding of what it means to the U.S.A in a more complex environment along some thought provoking considerations for the next President are welcome and useful.  Not strictly history, but it was over 20 years ago now.

Harrier 809.  Reviewed by our Senior Air Editor who describes it as excellent.  This book is a look at air warfare during the Falklands War with a focus on carrier operations.  Rowland White’s book is likely to mature into a must read.

The Only Plane in the Sky. The Oral History of 9/11.  With the passing of time, it can be easy to forget the intense human nature of the terrorist attacks which struck America over 20 years ago.  As Covid-19 has the potential to replace these attacks as the defining event in many people’s lives, it is important to understand why 9/11 had such a profound impact on the world.  Using thousands of transcripts, interviews,  reports and submissions, this book is a minute by minute account of that most tragic of days.  The book delivers a stunning and vivid narrative of that day from the people who experienced it first hand and in their own words. 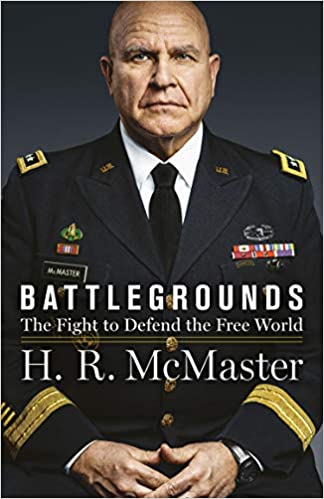 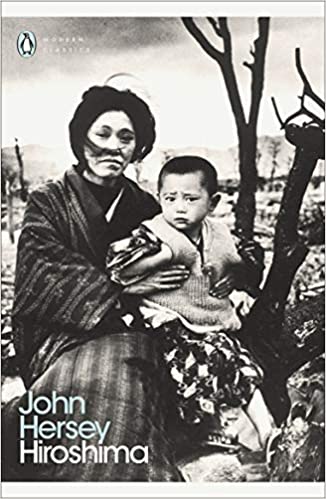 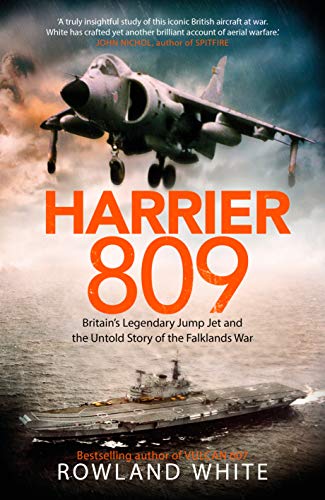 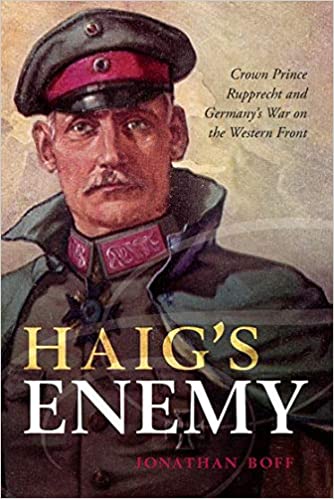 The Thousand Names (The Shadow Campaigns Book 1) by Django Wexler is a gunpowder fantasy set in a universe heavily inspired by, yet interestingly distinct from, the real world Napoleonic Wars.  In this book, a small western force faces off against enemy armies, popular dissent, and guerrilla warfare in an effort to reconquer a wayward client kingdom.  It features interesting material on the operational art, amphibious battles, and the utility of signals intelligence, along with a tight plot and compelling characters.

The Fifth Season (Broken Earth 1).  The Hugo Award winning novel by MacArthur Genius Grant winner N.K. Jemisin is a tour de force about how society treats those who are different in the face of climate catastrophes due to extremely active tectonic shifts.  It is not always pleasant, but it does teach us about how we should treat each other, how trauma is passed on in a family, and how our futures are intertwined despite how we can sometimes treat each other.

Girl, Woman, Other.  2019 Man Booker Prize winner, Girl, Woman, Other, is the 8th novel by British author Bernadine Evaristo – the first black British Booker Prize winner.   An energetic, vibrant telling of the stories of her 12 characters (mostly black women), Evaristo explores race, class, sexuality, and questions of identity, diversity, struggle, challenge, and hope, presenting a real vision of a Britain less seen.  Offering an intersectionality that is never forced, but rather feels not only natural but accessible and relatable, this beautifully and innovative written novel gives the reader that rare, and welcome, opportunity to truly explore themselves through the eyes of others.  Deeply moving, quite uncomfortable at times, this immersive, startling book is one to read, reflect, discuss and read again.  One of our editors asks you to read it and to give him a call all me when you’re ready to talk about it!

Burn-In.  Balancing the technicalities of how technology works and how it will impact us is a challenge. Burn-In, as a fast paced techno thriller, focuses on the latter exploring the human side of interacting in a world dominated by technology which often sees the human as the weak link.  And, like previous Singer novels, such as the excellent Ghost Fleet, the technologies explored often have links from the world we inhabit today.  It offers a thought provoking insight into what the world, and how we interact with it, could look like in the future. 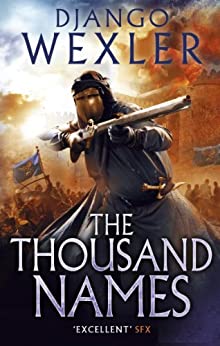 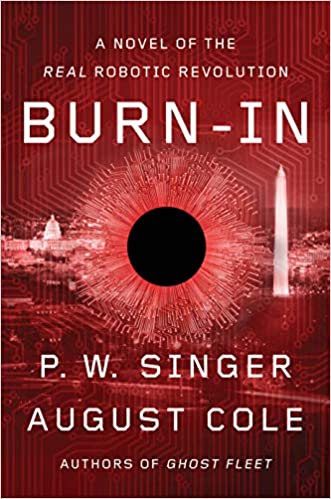 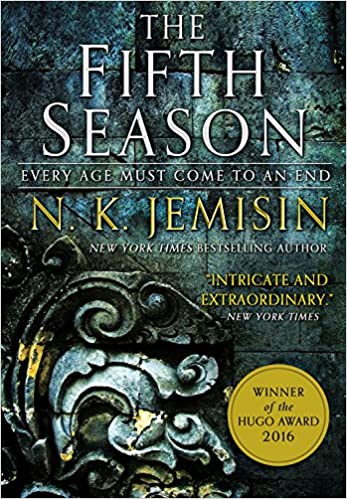 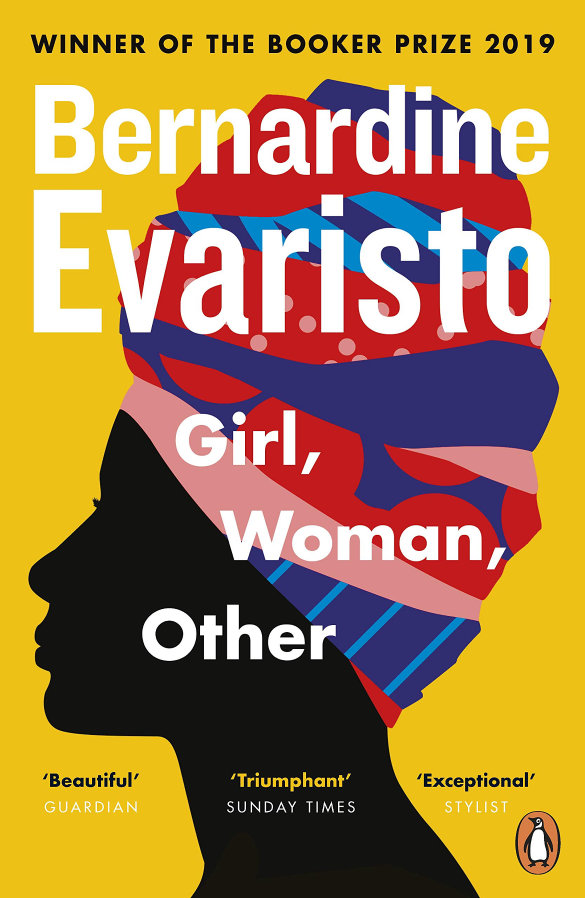 Thank You For Your Service Podcast. Thank You For Your Service (TYFYS) is a US podcast conversation with practitioners, experts, and you about the relationship between the military and civilians.  It explores scholarship and current policy debates, interview prominent thinkers and leaders, and engage our audience on vital issues of national security and civil-military relations.  Brought to you by the Center for Strategic and International Studies, TYFYS reaches across the country and around the world to engage people in debates about the military, democracy, and security.

The Michelle Obama Podcast Higher Ground.  Michelle Obama talks so much sense and is so NORMAL! I guarantee you will be nodding along in agreement with her discussions.  In this series she talks to various influential people in her life including her husband, her brother, her friends, her mentor and more.  She covers everything from community, to family, to BLM protests, to mentorship and the menopause.  Inspiring, uplifting but also grounding; this is a great listen.

The Western Way of War podcast.  Hosted by the Military Science team at the Royal United Services Institute (RUSI), this new podcast series explores what we mean by the phrase the Western Way of War.  With a diverse range of guests from politicians, journalists, academics and recently retired service personnel, this podcast is an informed and wide ranging debate of key defence and security issues of the day.