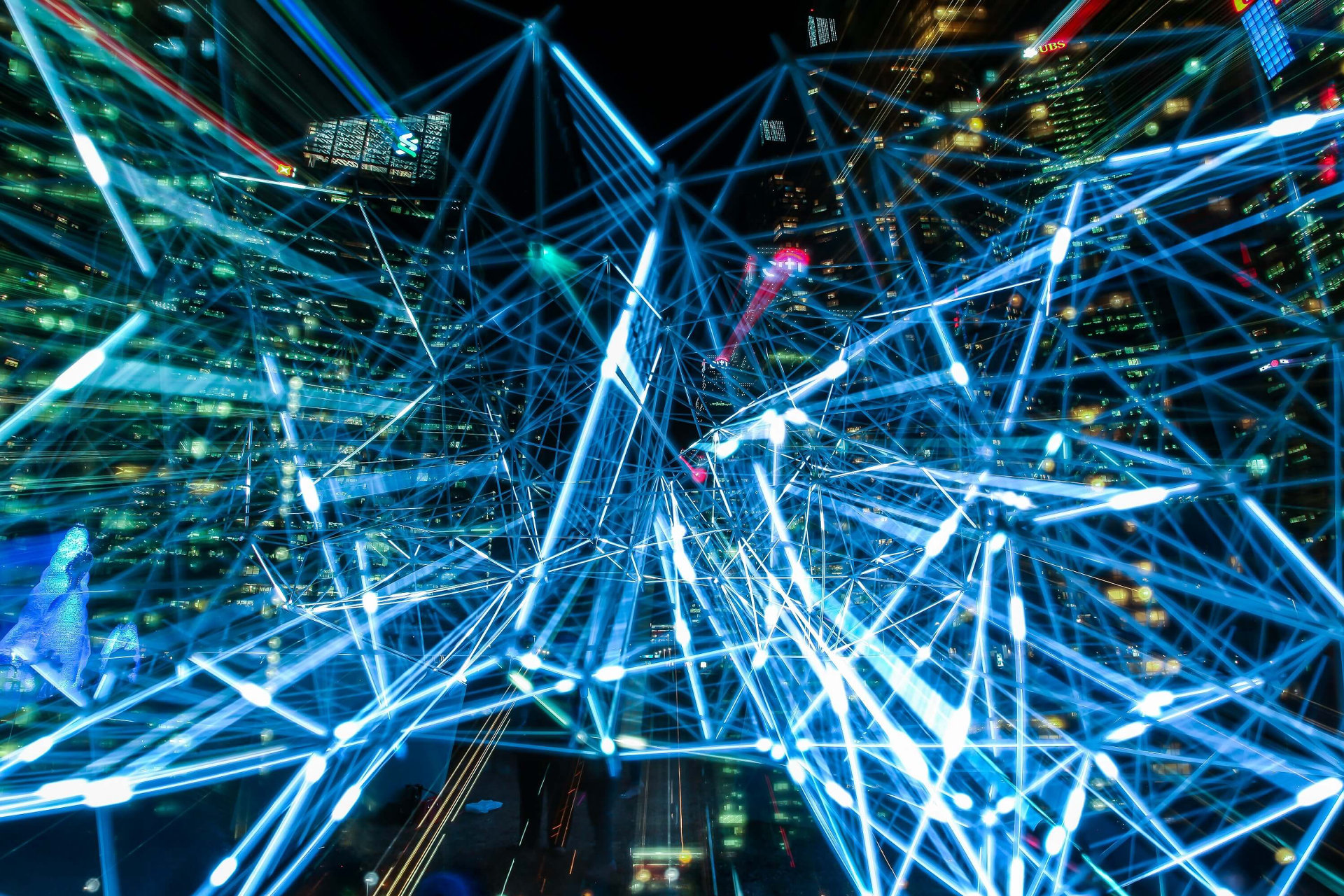 Many European nations’ next generation defence programmes contain network enabled capabilities. But, will Europe be ready for network-centric Warfare?

The UK’s Tempest next-generation combat aircraft project, which is being developed by an industry consortium led by BAE Systems, is set to enter service with the Royal Air Force from 2035 as part of the wider Future Combat Air System (FCAS). The latter includes crewed, optionally inhabited and uninhabited air vehicles, advanced weapons, the use of artificial intelligence, with network-wide real-time information sharing.

France, Germany and Spain have an equivalent project, which is also being developed under the banner of FCAS. Led by Dassault and Airbus, this programme aims, by the early 2040s, to field a crewed aircraft that is capable of teaming up with UAVs as force multipliers. The FCAS project consists of the nuclear-capable New Generation Fighter, the Air Combat Cloud network, the European Medium-Altitude Long-Endurance Remotely Piloted Aircraft System, and an ultra-low observable UCAV, as well as next-generation cruise missiles.

Earlier this year, France and Germany signed a framework agreement on a Main Ground Combat System (MGCS). This is intended to provide a successor to the French LeClerc and the German Leopard main battle tanks, but will also blend crewed and uninhabited ground vehicles in a multiplatform concept based on a ‘system of systems’ architecture.

All three European big-ticket military system of systems programs are currently at an early stage of development with key development decisions ranging from weapons systems to data-link technologies still to be made1. Underpinning all three programs is a network-centric approach to future warfighting. This mandates a closer look at specific technical, doctrinal requirements.

The main aim behind network-enabled military capabilities is the collection, processing and distribution of information across multiple platforms in a military internet of things (IoT). By connecting computing devices to one another, the idea is to try to gain a decisive information advantage over an adversary. Various technical and doctrinal challenges, however, need to be addressed before this vision of Network-Centric Warfare may become a reality.

First, individual platforms within the network will need to be able to securely and stealthily share data in real time from a low latency digital combat cloud, a meshed network for data distribution and information sharing, to avoid detection and disruption, and to create common operating pictures – the key to any information advantage in the battlespace. While there has been some progress on secure end-to-end IoT communication, for example, Airbus in 2019 has successfully tested its Network for the Sky program, technical challenges including the reduced lifespan of IoT devices as a result of the power consumed to encrypt data remain. Stealth communication also remains a challenge due to data emission and interoperability issues.

One potential solution would be an upgrade in so-called ‘low probability of detection/low probability of intercept (LPD/LPI) communications. LPD/LPI have been in use for some time in aircraft such as the F-35 or F-22. The basic idea behind LPD/LPI communication is to reduce the power radiated in the electromagnetic spectrum and hiding these weaker signals from the enemy. As of now, however, there are, fundamental limits to the amount of information that can be stealthily transmitted via LPD/LPI communications. Integrating LPD/LPI communications into a wider IoT architecture across various platforms may prove too technically demanding. While the need for real-time sharing of information across a military IoT may be met in the coming years (for example, by means of loose couplers), there comes with it an inherent risk of data link emissions, as, for example, so-called event-based offensive cyber operations become more adept at targeting actively transmitting networks.

Second, even if technical challenges are cleared and network-centric AI-based capabilities allow  for the introduction of complex autonomous systems, accelerated operational tempo and new capability in diverse roles, there is a risk that the use of such systems is still conceived within confined doctrinal perimeters. This is at least a latent risk for Europe’s future air and land-based systems.  This situation is far from unusual. Throughout history, military-bureaucratic institutions have cautiously and often reluctantly embraced potentially disruptive technological capabilities, which have the potential fundamentally to impact existing warfighting methods. They have instead opted for evolutionary technologies and existing doctrine, which are less threatening to the status quo. One good historically example is the reluctance of U.S. Air Force General Curtis E. LeMay, who led Strategic Air Command, from 1948 to 1957, to embrace the intercontinental ballistic missile (ICBM) and instead to singularly focus on building more capable long-range bombers.

Doctrine is also intrinsically linked to a service’s culture, which can also serve as an impediment to doctrinal adaptation. For example, the U.S. Navy and U.S. Air Force, partially as a result of the “perceived indispensability of [manned] fighter aviation” and a “fighter jock culture”, repeatedly opposed the introduction of armed autonomous unmanned aerial vehicles (UAVs) and the Navy’s X-47 was transformed from an autonomous fighter/bomber aircraft to a tanker for aerial refueling. Yet even if unmanned offensive strike platforms will eventually be introduced by the services, there is a chance that they will merely be unmanned upgrades of existing platforms. Notably, the Pentagon’s Defense Advanced Research Agency (DARPA) Alpha Dogfight programme, focused on human-machine teaming suggests as much.

There is, therefore, the risk that military planners will see the new systems currently under development in Europe as merely better versions of legacy platforms and deploy them in this capacity. For example, in its discussion of the MGCS, the German Ministry of Defence similarly emphasizes that it sees a platform successor to the Leopard II MBT, with a similar scope of functions. Only a thorough review of existing doctrine, a deliberate discussion on a service’s culture, along with concerted efforts to develop new operational concepts around decentralised command and control and cross-domain synchronisation, will ensure that the new systems will be operationalised to their full potential.

‘The enemy gets a vote’

Emphasising network-enabled military capabilities also poses a risk for European military planners and their armed forces from another perspective. Potential peer and near-peer adversaries have adapted technological capabilities and operational concepts to specifically ‘break’ kinetic kill chains. This will be no different at a time when these are centred around networked multi-mission platforms connected via an IoT.

For example, China’s concept of systems destruction warfare is specifically tailored to exploit vulnerabilities in command, control, communications, computers, intelligence, surveillance and reconnaissance networks. Often referred to as C4ISR networks, these are the technical and operational underpinnings of any system of systems or IoT architecture. Russia’s concept of network-centric warfare, meanwhile, is devoted to disabling the command grid within an adversary’s network architecture. In that sense, European militaries could run the risk of deploying network-enabled capabilities against which Beijing and Moscow are already in process of developing doctrinal and technical countermeasures.

While new concepts governing multi-domain operations are evolving to thwart these Chinese and Russian approaches to future warfare, they remain notional and at an experimental stage. For this reason, former US Secretary of Defense James Mattis’s axiom that ‘the enemy gets a vote’ should be heeded by European defence planners who advocate network-enabled military capabilities. 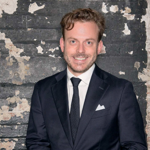 Franz-Stefan Gady is a research fellow at the International Institute for Strategic Studies (IISS) focused on future conflict and the future of war. He tweets @hoanssolo.