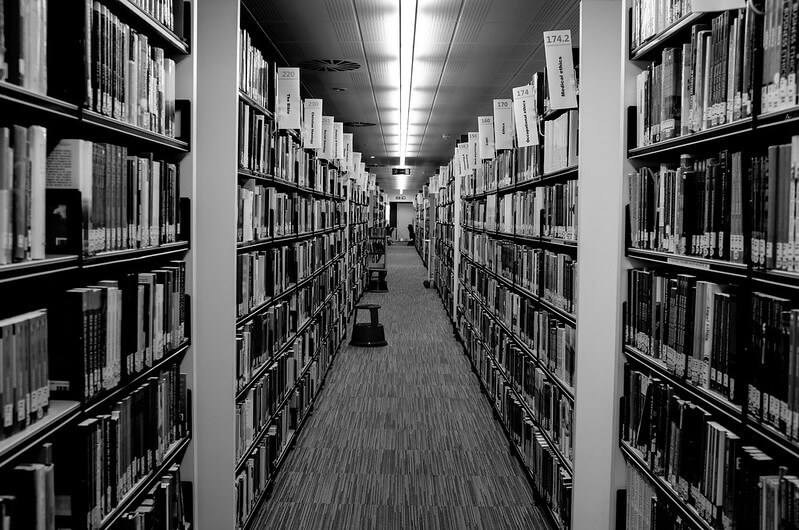 Decolonizing as a project and practice has generated renewed attention since the global Black Lives Matter protests’ demands for a far-reaching engagement with the structural racism prevalent within society. Civil-military relations have not been untouched by this. The U.S. Army unveiled an initiative to promote diversity and inclusivity in the forces, and Gen. Petraeus recently reflected in The Atlantic on his own military experience, legacies of systemic racism, and debates over symbols glorifying the Confederacy, arguing that “[t]he way we resolve these issues will define our national identity for this century and beyond.“ While aspects such as the names of institutions or the replacement of statues have been debated extensively, the importance of decolonizing Professional Military Education (PME) has so far escaped attention.

PME, which is acquiring ever greater importance in defense, is a central pillar of civil-military relations. It is  tasked with increasing military effectiveness, for example by providing knowledge of past and present practices of warfare or an understanding of the strategic context. More vitally, it is central in fostering a democratic spirit within the armed forces. This supports the development of critical analytical capabilities to counter extremist views, and develops an awareness of the diversity  within society that the military has sworn to defend.

While efforts have been made to increase diversity and inclusivity in the armed forces in relation to gender, race, sexuality, and opportunity, they remain limited without a more holistic and all-encompassing strategy. The issue with diversity is that, though it acknowledges differences and recognizes the positive value, diversity nevertheless accepts and reproduces existing normative standards. For example, arguing that women bring added value to the armed forces implies that the standard soldier is male, reinstating masculinity as the regulative normative ideal. Instead decolonizing requires that “individuals should reject their internalised norms and taboos“. This means, rather than seeing difference as an added value to the norm, to decolonize requires challenging the norm itself.

As bell hooks writes decolonizing means “to redress biases that have informed ways of teaching and knowing in our society”. For this reason, PME is an important point of intervention because “decolonising mind and knowledge is the first step of decolonising everything else”.

There are three key aspects to consider when beginning to think about developing a decolonizing strategy for PME: 1. the educator; 2. the curriculum; 3. the student.

Saying Goodbye to the “West is Best” Teacher

Educators themselves provide a first point of entrance for a strategy to decolonize PME. Here, self-reflection becomes a key aspect. It provides educators with the opportunity to become more aware of their implicit “West is Best” bias toward Western theories, methodologies, and practices. That these still dominate PME is no surprise given PME institutions have a historical legacy tied to colonialism. Becoming more self-reflexive allows educators to realize how they themselves are implicated in the very system they attempt to transform. A way to achieve this is self-location, by which educators become aware of their own positionality, the limits of their knowledge, and the inequalities and injustices which form part of their everyday experiences.

As Henry A. Grioux points out, it is imperative that educators understand “how difference is constructed through various representations and practices that name, legitimate, marginalize, and exclude the cultural capital and voices of various groups“. He asserts  that “a pedagogy of difference needs to address the important question of how the representations and practices of difference are actively learned, internalized, challenged, or transformed.“  For educators this means understanding relations of power and other dynamics within the classroom that enable some voices and silence others. Storytelling can be a powerful tool for facilitating this. By sharing their personal stories students are no longer passive consumers of knowledge, as is often the case in the highly hierarchical institution of the armed forces, but become producers of knowledge themselves. Educators can invite students to become such by creating a dialogical environment in which normalized understandings can be upset through the encounter with intimate experiences.

Why is My Curriculum White?

Decolonizing the educator and how subjects are taught needs to be mirrored in decolonizing what is taught. The “Why is my curriculum white?” campaign raised awareness of this issue. Three key learning points pertaining to PME can be drawn from it.

First, curricula in PME should look out for the worldviews that are  enabled. This means, questioning the identity and location of writers, what they write and how. Saskia Kerkvliet captures this issue when she asks “Would we find it acceptable if the writings and teachings on the situation of women and gender relations were done almost exclusively by men? How would this influence the kinds of perspectives presented?”

Second, decolonizing the curriculum needs to engage with the lack of reflection from underrepresented groups. The content of the PME curriculum in great parts reflects and maintains a “West is Best” perspective that represents a white, western intellectual tradition as a universal form of knowledge. The uncontested status of Clausewitz in many military curricula is a case in point. Decolonizing the PME curriculum therefore necessitates acknowledging a multiplicity of perspectives and multi-centric knowledges.

Hence, third, we need to consider what perspectives and experiences our readings exclude? In the field of security, for example, the Global South’s perspective on world events has largely been marginalized. We see this clearly in discussions of World War II where “racial and colonial dimensions, including the roles played by black troops in the United States and colonial troops in Britain” are greatly ignored. Indeed, when it comes to war in general we rarely focus on accounts of war from non-Western perspectives. When done, however, it has often been with a focus on ‘weaponizing cultural knowledge’ or to understand the enemy. Both attempts, as Patrick Porter shows, have been affected by strong orientalist tendencies. Due to this, non-Western perspectives remain marginal, serving ‘commodified representations of the other’ rather than aiding the learning process by challenging the normative categories through which we understand and construct reality.

Engaging the educator and revisiting the curriculum needs to be accompanied by efforts to form a student body that is receptive to the practice of decolonizing. As the student body of Western Armed Forces is predominantly white, questions of white fragility become significant. White fragility, a term coined by Robin DiAngelo, “denotes a state in which even a minimal challenge to the white position becomes intolerable, triggering a range of defensive moves including: argumentation, invalidation, silence, withdrawal and claims of being attacked and misunderstood,“ which “function to reinstate white racial equilibrium and maintain control.“ DiAngelo exposed the resistances of white people in acknowledging and addressing their own racial biases, arguing that white fragility is a key obstacle in overcoming the structural racism permeating society and institutions. Significantly, the more progressive and color-blind individuals think they are the more difficult it becomes to decolonize and challenge pre-conceived ideas. Indeed, white people with progressive views seem to be more easily offended by the insinuation that de-colonization might be needed. Especially for the younger generation of officers decolonizing might sound like an accusation.

Thus, a key challenge is to develop in students an open-mindedness to the very possibility of questioning ´whiteness’. Steps in this direction require students to reflect on the socially constructed nature of this very category by becoming “vulnerable observers” that reflect on their own living and being “at the interstices of ‘race, gender, culture, class, and nation.” Decolonizing therefore heightens students awareness for how forms of oppression, be they racist, classist, homophobic, etc., intersect with others such as sexism and misogyny.

“Decolonizing PME” can mean many things and cannot be achieved without effort. Decolonizing requires a sustained and serious commitment within the organization, a determination to challenge received wisdom, and most importantly, should not be understood as a “one-off” exercise. As Linda Tuhiwai Smith reminds us “[d]ecolonization is a process which engages with imperialism and colonialism at multiple levels.“ Decolonization therefore needs to be understood as a process that is riddled with starts and stops, addressing aspects at different levels before proceeding further. When done seriously and continuously, decolonizing PME can become a powerful signal of an armed forces’ intent to no longer ignore its colonial past, being conscious of legacies of systemic racism and showing efforts to make change.

Understanding the history of colonialism, its existing structural legacies, and its relation to prevailing forms of structural racism is a central pre-condition for tackling conscious and unconscious biases. It is also vital to understanding structural disadvantages within the military.  For PME to ignore such a basic reality does a disservice to shaping how the armed forces see and act in the world. It also does a disservice to the organization’s internal logic, and potential for being truly inclusive. Although Western militaries have been making significant steps in this direction, valuing for example diversity within ranks, both in terms of gender and ethnic background, efforts to create armies which are more diverse and therefore truly representative of society are bound to fall short without efforts to decolonize.

The views expressed here are personal and should not be taken to represent the policy or views of the British Government, Ministry of Defence, or the Royal Military Academy Sandhurst.

Malte Riemann is Senior Lecturer in the Department of Defence and International Affairs at the Royal Military Academy Sandhurst and a Visiting Research Fellow at the University of Reading. He has over 6 years of experience in professional military education, implemented the British Army’s higher education strategy and delivered courses to high-ranking security professionals abroad as part of the MoDs Defence Engagement programme. He recently completed a monograph on the transformation of war in the 20th and 21st Century (Kohlhammer Verlag, 2020), and his research has appeared in various journals, including Journal for Global Security Studies, Critical Public Health, Small Wars Journal, RUSI Journal, Discover Society, Peace Review (forthcoming 2020), and International Politics (forthcoming 2021), and he is co-founder and series editor of the Sandhurst Trends in International Conflict series (Howgate Publishing).

Norma Rossi is Senior Lecturer in the Department of Defence and International Affairs at the Royal Military Academy Sandhurst and a Visiting Research Fellow at the University of Reading. She has over 6 years of experience in professional military education, implemented the British Army’s higher education strategy and delivered courses at Defence Academies in Morocco, Hungary, Croatia, Lebanon, the West Bank, Chile, and Georgia. Norma has published in various journals including Global Crime, Small Wars Journal, Journal of Civil Wars, E-IR, Peace Review (forthcoming) International Politics (forthcoming), and in edited volumes with Routledge, Rowman & Littlefield, Palgrave MacMillan and E-IR (forthcoming), and she is co-founder and series editor of the Sandhurst Trends in International Conflict series (Howgate Publishing). She disseminated her research in various international newspapers and blogs, such as Micromega Repubblica, OpenDemocracy, The Wishstream Journal, and Word on the Street.

Trawls – The Power of the Military Volunteer in a Market Economy