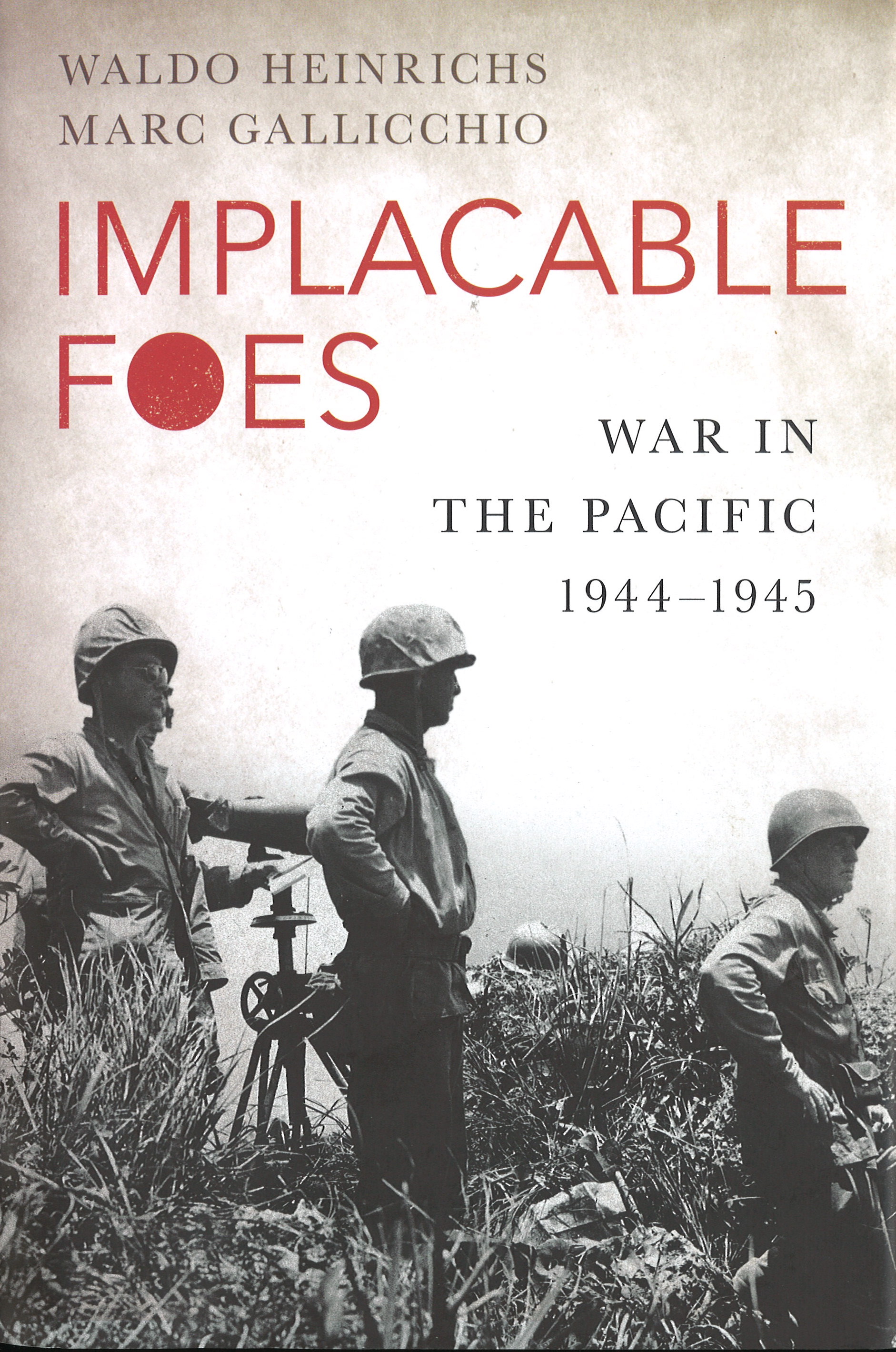 BLUF: An in-depth account of an often overlooked phase of World War II.  4 out of 5.

The value of this book is directly linked to the credibility of the authors.  Heinrichs, the veteran and historian and Gallicchio, the academic, are both university professors and have previous works that relate to this period.  What follows is an informative and useful piece of historical literature that keeps the reader on the edge of their seat; particularly with detail relating to the horrors of battle.

Two sections divide Implacable Foes. The first, authored by Heinrichs, provides detailed descriptions of combat operations. The second section written by Gallicchio covers the period at the very end of the war.

The book begins in 1944 as American forces began to shift from containment of the Japanese advance, to a sustained offensive. The US had two clear aims; recovering territory lost in the initial Japanese expansion, and forcing their submission. Where they fell short, however, was at the tactical level,  underestimating Japan’s willingness to fight to the last man and refusal to surrender.  Furthermore, at the strategic level there was the continuing war on the European front, rivalries between the Army and Navy and the political situation at home.  This made for a complicated campaign and this book gives due consideration to each of the contributing factors.

Overall, there are two major themes within this book that stand out above all others. Firstly, although the US was at the pinnacle of its military power in 1945, its economic and military resources, and more importantly, its political will to sustain heavy casualties on both land and sea, typified by the Okinawa campaign, was in serious doubt. Secondly, when the war in Europe ended, many Americans were more concerned with returning America to a peacetime economy and beginning demobilisation. Furthermore, the destruction of Europe created a tremendous humanitarian problem that also stretched American resources as millions of starving and homeless Europeans looked to the United States for relief.

This book brings to life those final years of World War II right up to the dropping of the atomic bombs over Hiroshima and Nagasaki, evoking not only Japanese policies of desperate defence, but the sometimes spiteful debates on the home-front. Heinrichs and Gallicchio deliver a gripping and provocative narrative that challenges the decision-making of US leaders and explains the consequences of prioritising the European front.