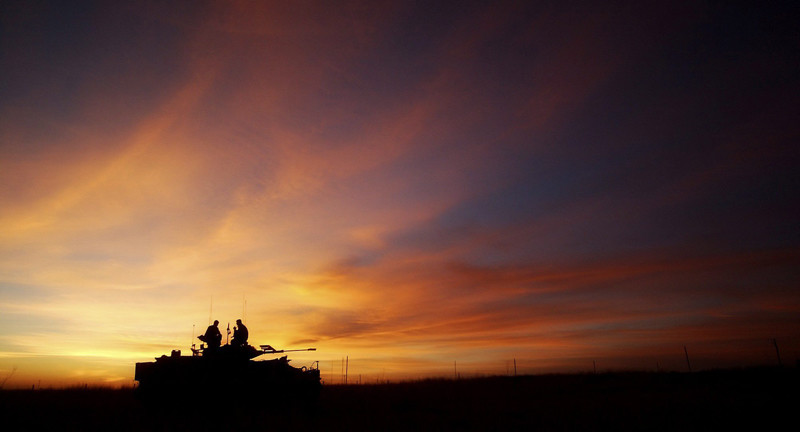 At the British Army’s Junior Command and Staff College (JCSC) there is a new drive to tolerate risk within a plan and to accept the possibility of tactical failure.  Students are pushed to test what is possible rather than what is safe; if you succeed or if you fail, there at least, no one will die.  But for many, this will be the first time in their careers that they have been granted the unrestricted freedom to experiment, take risks and face the possibility of failure without reserve.  Why is this case?  Why when there is now a wealth of evidence to suggest that failure is often the greatest catalyst for development, and antidote to lethargy and stagnant thinking, is there so little appetite to allow for failure?

Many would argue that, at a time when the mounting pressure on manning has combined with a growing expectation of output, failure should have been forced years ago.  But the Army’s professionalism and disregard for anything less than success has had to fight through.  This is important; on real time operations, an Army must strive to win and succeed at all costs – failure is defeat.  But then when does an Army learn how to pick itself up again?

So how does the British Army learn how to deal with a lack of success and learn from the bitter taste of failure or defeat?  How do we avoid doing this the hard way and without incurring mission failure, loss of lives and material, as well as significant damage to our reputation?  The British Army has suffered major defeats in the past: Isandlwana[2], Yorktown[3], Singapore[4], and from each, much was learnt, but arguably at too great a cost.  Could the British Army and the country stomach equivalent costs now?  I assert that the only opportunity test to failure, is therefore in training.  Yet even here there is a dilemma.  Failure in training at every level can have a positive impact on the likelihood of success in the future, but failure of any sort, even in the training environment is shrouded by a heavy veil of negativity.  General McChrystal highlighted this in a Ted Talk: ‘How do leaders deal with failure?’ as he discusses how important it is to fail in training[5].  But it seems to be an obvious reaction from many in our Army that failure should be avoided at every opportunity because it is commonly held that “the taint of failure can jeopardise even the most stellar career or the most successful organisation”[6].  This belief is supported by the crushing need to impress one’s chain of command in order to be well reported on, promote and progress.  The appetite for training to failure is I judge, extremely low.

This should not be so; the perception of failure in training and its associated narrative must be changed.  The benefits of experiencing failure or more specifically, the acceptance of the risk of failure in training are well reported[7].  Failure can lead to a greater search for solutions, it motivates individuals to adapt, it forces focus on otherwise unseen weaknesses and it provides perhaps the greatest test; it forces individuals or groups to experience and recover from defeat.  In contrast, without permitting the risk of failure, overconfidence and stagnation can flourish and true adaptation is impossible.  The enemy that we train to fight will remain constant while the real enemy will continue to develop and adapt out of sight.  There is an argument to suggest that constant development and true adaption can only come from failure and the reaction to it; too much success breeds overconfidence.

Moreover, when we achieve success again and again, we are likely to attempt to continue to do the same thing expecting the same results while never fully investigating the weaker elements of a plan, or in some instances even recognising them.  This ‘Peak End Bias’ leads individuals to remember all that they have done well and omit that which went poorly.  In contrast, failure typically represents an exception that does not conform to expectations and thus requires more active, deeper processing.[8]  It forces us to look more closely at what we do in order to understand where the problems lay.

Without permitting the risk of failure, there can also be no true Mission Command.  A commander cannot allow a subordinate to decide on the ‘how’ of a problem with freedom, unless that commander can accept at some level that they may not succeed.  As former Utah Governor Scott Matheson states: “You have to suffer failures occasionally in order to have successes.  You’ve got to back up risk-takers in order to encourage people to try out new ideas that might succeed… I have never had much patience with the ‘play it safe’ manager who attempted to minimize failures.  Those people rarely have successes.” [9] Perhaps it is therefore fair to argue that those who do not permit failure in training are fostering an environment of only limited success.  Studies have shown that failure experiences have been associated with increased risk-seeking, just as success has been associated with increased risk-aversion.[10]

On exercise, the British Army rarely ‘loses’; this seems to be in stark contrast to our US Army colleagues who’s Warfighter exercises (a larger scale equivalent of a CAST at formation level) often has a dynamic OPFOR challenge and tactically defeat US Army formations.  Recently Commander BATUS has suggested that he wants to push to failure and provide a situation where it will be possible for a Battlegroup to attend a BATUS, fail every mission and yet still pass, but this thinking is rare.  Units and sub units may take ‘casualties’ and face setbacks, but on the final day of any test, the British Army is almost always the victor.  But what lessons are learned and more importantly, which lessons from ‘victory’ are remembered?  There is now ample evidence that links negative military experience to the influence of failure-avoidance norms, including research on risk avoidance, the denial of bad news, and the retrospective revision of negative history.[11]  It is easy to suggest that the British Army and its people seek to avoid any association with failure at any level or in any guise, but how much of this is actually in the search for professionalism and how much of it is pride?  Individuals’ ability to admit to failure and actively seek to learn from it is a key, but I judge, as all too rare attribute.

One way to challenge the current status quo is to force commanders at all levels to be more open to failing their subordinates during training.  This is no easy feat and no doubt would come as a shock to many, but with explanation and perhaps most important to the process of development, the provision of detailed and structured After Action Reviews (AARs), failure can then be turned into future success and the culture can be changed.  These failures would challenge the norm and could draw attention to potential problems, stimulating the search for potential solutions[12].  Even the reporting process could be adapted; annual reports could be better drafted to acknowledge failure and the process by which an individual reacts, recovers and learns from it in order to foster a greater level of risk acceptance and learning.  Alongside fitness, loyalty and other such attributes, an individual could be scored on their ability to deal with and learn from failure (the USMC already include a section for Professional Military Education (PME), including personal analysis, in their annual reports).

The failures of others can also provide a learning tool for the rest, and failures of the past can be learned from again and again.  Organisations can study previous operations and the failures attached to better educate and inform their audiences.  Book-clubs, battlefield study days and critical training sessions can focus on examples of defeat and failure rather than success and triumph, allowing all to learn from others’ mistakes.

Arguably, the US Army practices failure far more frequently than their British counterparts.  Often exercises up to Divisional level, will end without overall success, only to be repeated.  The appetite on the second rotation for learning no doubt increases quickly.  Perhaps then it is from others that we can learn.  But it is clear that, the British Army must learn to accept more failure in training, firstly to stave off the chance of failure on operations but secondly, so that as an organisation we are better set to deal with failure and understand how to turn failure into success.

[6] Sutton, R.I. and Callahan, A.L., 1987. The stigma of bankruptcy: Spoiled organizational image and its management. Academy of Management journal, 30(3),

[10] Kahneman, D. and Tversky, A., 2013. Prospect theory: An analysis of decision under risk. In Handbook Of The Fundamentals Of Financial Decision Making: Part I

The views expressed within individual posts and media are those of the author and do not reflect any official position or that of the author’s employees or employer. Concerns regarding content should be addressed to the Wavell Room through the contact form

Dan has 6 years of hands on infantry leadership experience