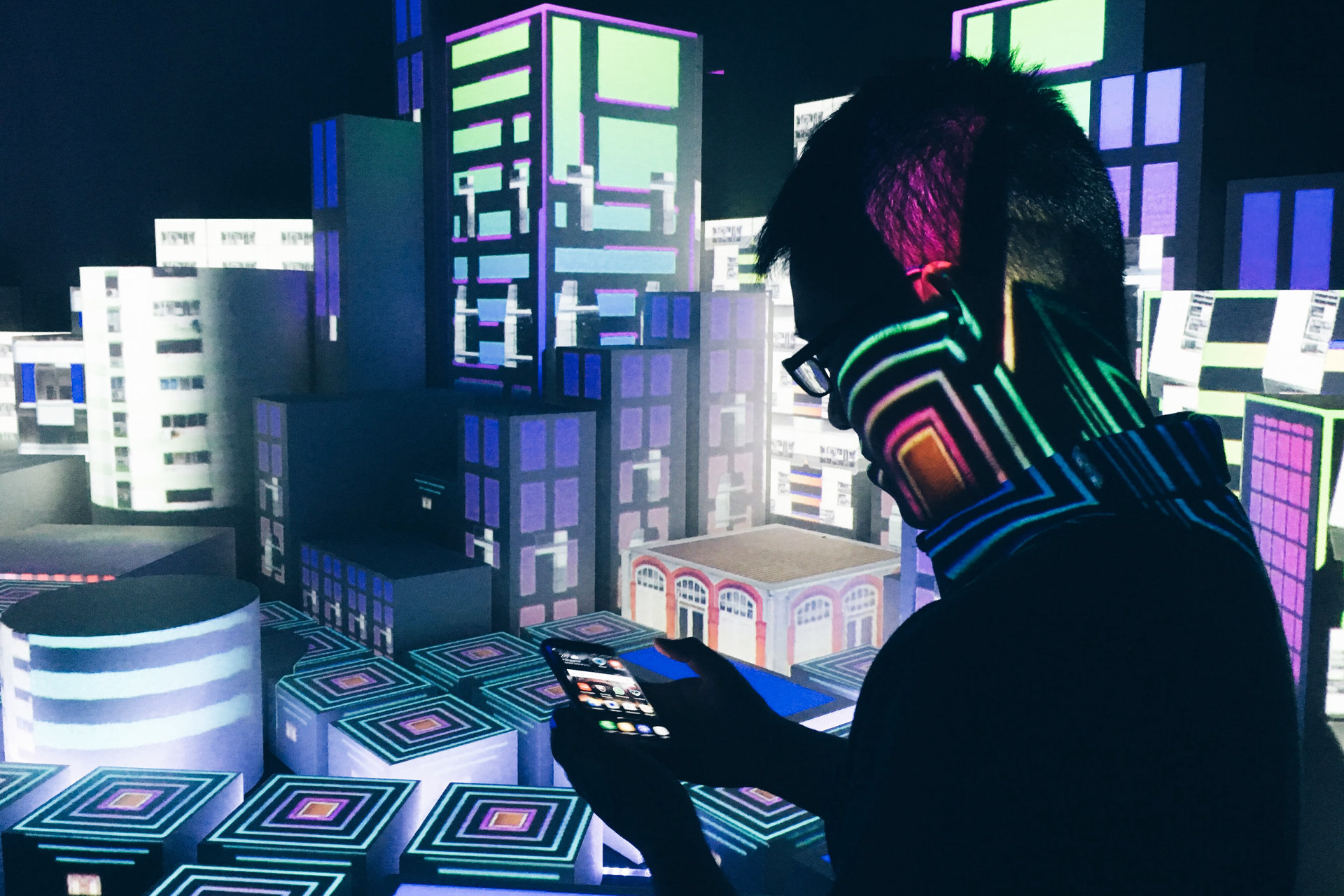 Multi Dimensional and Domain Operations (MDDO): Re-visioning the ‘domains of war’ typology for the Hyper-War.

The current ‘domains of war’ typology (air, land, maritime) have been the bedrock of military thinking for decades.  They have shaped and defined the operating environment of many conflicts.   The recent addition of ‘Space’ and labelling of anything technical as ‘Cyber’ provides a convenient if woolly compartmentalisation for budgets and peacetime administration.  However, the relevance of these domains to the frenetic dystopia of modern inter-state hyper-competition is increasingly an anachronism.

Single-Dimension thinking in a Multi-Dimensional World

NATOs 2019 declaration of Space as a domain of war reflected many of the unique physical and environmental factors that support the establishment of a physical domain.  This contrasts their 2016 decision to declare cyberspace as a domain, stretching the typology beyond logic.  The virtual concepts of cyberspace, electromagnetic spectrum, and the information sphere could suggest that these information influence capabilities should be aggregated into an Information capability ‘effects’ grouping, not a physical domain of war.  But then where do we position political, diplomatic, economic, legal, cultural, and the myriad other non-kinetic cognitive-based effects (Figure 2)?

This shoehorning of complication into a simple single-dimensional compartmentalised model does not help articulate the increasing complexity of modern battlespaces.  Nor does it reflect the informationised and cognitive operations of adversaries who see information confrontation as the adhesive and multiplier of physical operational force.  Dominating the information sphere (not just cyber) is their understanding of overmatch leading them to victory in operations in all the other domains.  The doctrine of our adversaries is very clear in how they will defeat us; our lack of a contemporary model to understand this is sowing confusion amongst us, even bringing into question the purpose of the military in the wars of the information age.   Is the concept of domains just no longer a suitable typology in warfare?

“The character of warfare is evolving. It requires us to think very differently … requires a mindset that thinks in several dimensions … about the employment of the military instrument…and establish the doctrine needed to compete decisively with our adversaries.”

Across Defence the concept of Mission Command is central in enabling military operations. However, single domain-based thinking (even if enacted by Joint forces) limits the potential opportunities available in prosecuting operations across multiple domains.  This reinforces a range of traditional, protectionist, service stovepipe behaviours which become evident only when the time comes to joint them together.  If we are as suggested by the Defence Secretary to pivot from “mass mobilisation to information age speed” then the greatest danger is to act with ‘yesterday’s logic’.  As General McCrystal commented in the book The New Rules of War, “We must come to terms with the fact that following yesterday’s rules of war will not lead to today’s (or tomorrow’s) successes.”

Advancements in artificial intelligence, biotechnology, quantum computing, space, cyber, the electromagnetic spectrum, and a myriad of other technologies, are increasing negating traditional battlefield capabilities and making them increasingly irrelevant on an information-age battlefield.   These trends are driving a highly contested informational and data-focused centre of gravity (data centricity) in our future conflict planning.  Our authoritarian adversaries see strategic context as a continuous struggle in which non-military and military instruments are used together unconstrained by any distinction between peace and war.  They see it is as a contest to disrupt, paralyse, or destroy the operational capability of the adversary‘s holistic system of systems (not just military), described variously as Information Confrontation, Systems Confrontation, and System Destruction Warfare.

Given the real and accelerating threat faced we may be nearing the point where radical change needs to be imposed; the Goldwater-Nichols reform of the US DOD could be an example of such a fate.

As the UK and its partners consider their approaches to Information confrontation it is worth reviewing the perspectives of our largest authoritarian rivals.  They appear less constrained by previously accepted norms of international behaviour and are increasingly confident in their multi-dimensional models of war.

China’s ‘Three Warfare’s’ strategy recognises how war is changing in the information age.  Kinetic force remains necessary as a potent deterrent but is no longer sufficient on its own.  Instead, Three Warfare’s aims to undermine international institutions, change borders, and subvert global media.  All without firing a shot.  They see warfare as an inter-dependent three-dimensional activity interwoven by the tangible and the intangible.  Their goal is to shorten their own “awareness decision activity” cycle i.e. the faster beats the slower. This leads to overarching information and decision-making superiority.  This is targeted at two levels; the operational level to seize control of information nodes thereby dislocating the “bonding” of an adversary’s system-of-systems; and at the tactical level to damage the military C4I including detection, transfer, processing, and control of the battlefield systems they depend on to be effective.

Russia has a similar perspective and distinguishes between its definition of information war (broad and not limited to wartime) and the Western version (limited tactical information operations carried out during hostilities).  For Russia, and often associated with Primakov or Gerasimov doctrine, ‘information confrontation’ or ‘information war’ is a broad concept that covers a wide range of activities organised under two main themes: information-psychological warfare (to affect the personnel of the armed forces and the population), and information-technology warfare (to affect technical systems which receive, collect, process and transmit information).

Russia is quite clear that the Russian Way of War in the 2020s will be hybrid.  China’s President Xi is very proud of his ‘Magic Weapons’ of political influence activities that will undermine targeted states and of their new systems to “disrupt, disable or destroy the critical systems that enable US military advantage”.  Aware of this NATO belatedly is tracking these attacks on a cognitive warfare dashboard and developing counter cognitive warfare.   All of these factors were noticed and commented on by British Chief of the Defense Staff, General Carter in his annual address to RUSI when he said: “There is a growing academic consensus that the idea of ‘political warfare’ has now returned”.

This is not a new problem.  Some of the earliest models of this new complexity date back to the late 1990s when the term “network-centric warfare” was first mentioned by US Vice Admiral Cebrowski.   This model ushered in a fundamental shift away from the US doctrine of “platform-centric warfare” by suggesting that conflict on the modern battlespace encompassed the physical, information, cognitive and social domains.

Cebrowski referred to the traditional concept of combat power being measured in the movement of traditional physical forces through time and space in a physical domain.  But to do this, military forces need information and control from the information domain.  Winning a conflict happens in the intangible cognitive domain is in the mind of the individual war-fighter with feelings of success or failure.  Collectively these individual minds make up the social domain, the shared societal awareness and understandings referred to in culture, values, attitudes and beliefs.

One attempt to conceptualise this multi-domain operational (MDO) battlespace was by the US DOD in 2005 (Figure 3) where it began to recognise the virtual (information and cyber) and human (cognitive, moral, and social) domains.

The UK MOD view is that these are operating environments (Figure 4).  It sees military and non-military activities being orchestrated to achieve influence in that specific portion of the battlespace with the interplay between them.  It sees environments as central to the idea of MDO because it is where the domains interplay, where activity occurs, and where outcomes are sought.

The most recent thinking on the topic by Lieutenant Colonel Kreuzer, a Professor at the US Air Command and Staff College, introduced the concept of layers of warfare to set the trans-domains of physical war in context (Figure 5). This typology views the operating environment via three perspectives: layers of warfare, domains of warfare and other operational constructs.  The three layers span all physical domains each with their physical characteristics requiring unique doctrines, organisations and platforms specific to that domain.  The interplay between all of the domains and layers using evolving technology results in multi-dimensional, multi-domain operating constructs.

A synthesis of contemporary thinking on warfare emphatically suggests that there are still good reasons to keep the traditional construct of four physical domains of warfare.  But in more modern nuanced conflicts, these will increasingly need an additional lens of ‘influence dimensions’;

This is not new thinking; Whilst Admiral Cebrowski was developing ‘Network-Centric Warfare’, the US Army was also working on its ConOps for ‘Information Operations’.  The Army realised the need for lateral dimensions or layers and illustrated them in their cognitive hierarchy.  It also discussed the inter-relationships between the physical data from the battlefield into an Information layer and being interpreted into understanding and influence in a Cognitive layer.  This model is still prevalent in many contemporary military models of today to show the link between the physical, information and cognitive layers (Figure 6).

Removing the technology overlays allows this new model of Influence Dimensions to be illustrated into a very simple block model (see Figure 1).

It used to be all so simple.  There was just the Navy and Army fighting the Queen’s enemies on land or sea… and then the new kids in their flying machines, now zooming higher into space.  But these traditional armed services and their traditional fighting domains reflect only a mono-dimensional industrial-age view of influence projection in a physical dimension.  Today’s information-age cyber and social battles are being fought in the information dimension and these are specifically designed to deliver victory in the cognitive dimension.  Our expired mono-dimensional doctrine, TTPs, and thinking is constraining and will limit our manoeuvring capabilities to fight the forthcoming global hyper-war.  This war will require multi-Dimensional, not just multi-Domain thinking.

Some critics suggest that traditional militaries should stick to their traditional physical dimension, that protecting the nation in these information and cognitive dimensions is not Army/Navy/Air Force business.  But in these days of persistent multi-dimensional global competition, our adversaries see no separation between the military, the state and society; in a war amongst the peoples widening our view of warfare to consider embracing a redesign to counter the Chinese and Russian ways of war is an is a necessity.  If we consider an approach that also consolidates information, cyber, AI, EMSO, InfoOps and other such effects into a ‘combined arms’ informational services arm, then we have the opportunity to develop a reimagined military construct, a “Whole of Nation” strategic global influencing organisation that can project power in all dimensions. 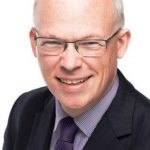 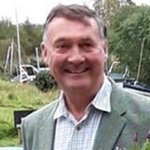 Alan Mears is a senior advisor with Deloitte Middle East with over 40 years of service as a Regular and Reserve officer in the Royal Artillery and the Royal Signals.  With a strong background in joint fires, cyber, targeting and C4ISR, Alan has over 30 years of experience in designing, delivering and executing joint fires C4ISR and cyber effects into operations. He was mobilised as SO1 Targets to IMEF for Operational Iraqi Freedom in 2003, and again to set up ISAF's Joint Fires and Targeting capability with HQ Allied Rapid Reaction Corps in 2006. Alan has an MSc in Cyberspace Operations from Cranfield University.