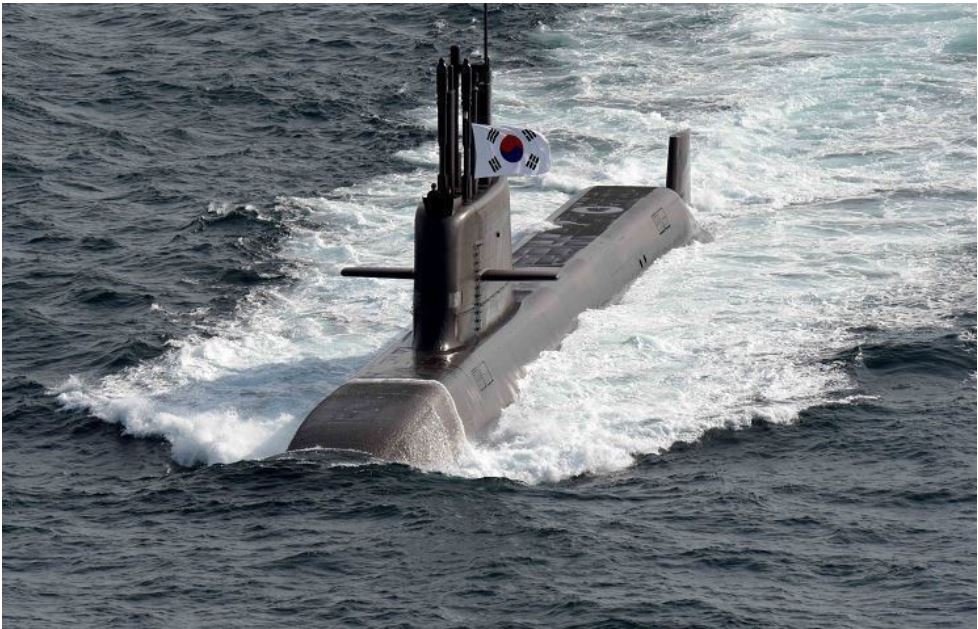 Welcome To The Club

In early July 2021, YTN News carried a low-profile but significant report, describing South Korea’s joining of an exclusive club of military powers that possessed submarine-launched ballistic missiles (SLBMs). This was achieved with a successful underwater test firing of a navalised Hyunmoo-2B ballistic missile. Before South Korea’s entry in to the SLBM club, there were previously only 7 countries globally that possessed such a military capability; one such country being South Korea’s principal threat to existence, North Korea.

South Korea’s possession and development of ballistic missile capabilities has historically been something rarely featured in mainstream discussions and military profiles of the country. This is owing more towards South Korea’s desire to keep its missile capability and related developments as secretive as possible due to geopolitical sensitivities, than general disinterest in the subject both domestically or in international military circles. It is an undeniable fact however, that given North Korea’s ongoing pursuit of developing nuclear weapons and the relevant ballistic missile capabilities to launch them, South Korea would have to make commensurate investments into similar capabilities for its own national security interests and overall survival.

The primary South Korean ballistic missile system is the Hyunmoo-family of ballistic missiles. The Hyunmoo-I was originally a reverse-engineered land-attack version of the American Nike Hercules heavy surface-to-air missile system, first tested in 1982 and deployed in 1986. The final version of Hyunmoo-I had a range of 180km with a payload of 480kg, with its range restricted primarily by US-imposed missile capability guidelines on South Korea in exchange for providing technology export and support for developing the missile.

Since 1997, these missile capability guidelines have been progressively relaxed due to increasing threat level assessments of North Korean military capabilities and intent on the Korean peninsula, until their final scrapping in May 2021. This allowed for subsequent ballistic missile versions of Hyunmoo (2A through C, and 4) to be developed with increasing ranges and payloads. Hyunmoo 2C and 4 are the most advanced versions of South Korea’s ballistic missile family, with identical ranges of 800km and between 1 to 2-tons in payload for the Hyunmoo-2C and 4 respectively. Hyunmoo-3A through C is a cruise missile sub-family of the overall Hyunmoo ballistic missile family. The SLBM successfully tested by South Korea is a navalised version of the Hyunmoo-2B, with a declared range of 500km and 1-ton payload.

Cherry Picking From The World’s Best

South Korea’s Hyunmoo ballistic missile programme is a product of a unique peculiarity for a country so closely allied to the US. Since Hyunmoo-2 onwards, the ballistic missile family has been a South Korean improvement and further development of the Russian 9K720 Iskander short-ranged ballistic missile, combined with other elements of various technological origins. This should be no surprise for any military observer of South Korea, for the country has had precedence of military technological cooperation with Russia dating as far back as the 1990s with T80 tanks being used as repayment of debts incurred to South Korea from the former Soviet era, to South Korea’s KM-SAM system deployed in 2015 with an indigenous version of the 9M96 missile used on the Russian S-400 Triumf air-defence system.

The successful underwater testing of an SLBM variant of the Hyunmoo-2B is a massive boost to South Korea’s strategic offensive capabilities. This is also the culmination of South Korean efforts that first came to public knowledge in January 2021 when South Korea first tested its new SLBM with a surface launch at its Anheung test site, mere days after North Korea paraded its latest (but not publicly tested) SLBM in public. South Korea’s latest underwater SLBM test also comes mere months after public reports of commercial satellite imageries showing North Korea moving a floating drydock into position outside a submarine construction hall, possibly hinting at an upcoming North Korean ballistic missile submarine (SSB) launch in the near future.

An Arms Race In The Offing?

Viewed collectively in a wider geostrategic sense, these developments signify a steadily increasing missile arms race on the Korean Peninsula, with new platforms and weapons systems placing a focus on underwater concealment, quick deployment and increasing firepower. Both Koreas are now projected to have actual SSBs operationally deployed by the end of the year, though South Korea’s Dosan Ahn-Changho-class will substantially outmatch North Korea’s modified Romeo-class design by at least twice in missile capacity (6 missiles to 3), with the Block II redesign of the Dosan Ahn-Changho further increasing its missile capacity to 10.

Another Step Towards A Nuclear State?

South Korea’s new SLBM capability also puts in place an important foundation block for the possibility of it acquiring nuclear weapons capabilities for itself. SLBMs are not usually developed for delivering conventional warheads, for which South Korea already has the very capable, long-ranged Hyunmoo-3A through C cruise missile family for such purposes.

With an operational SLBM and the scrapping of US-imposed missile capability limits, South Korea is now free to develop further on its SLBM’s range and payload weight along intermediate-range ballistic missile (IRBM) lines, a major increase from its battlefield/theatre-range missiles at the moment. Such a future SLBM would be the ideal candidate for a potential South Korean sea-based nuclear deterrent, which it is well-placed to acquire with all the technological capabilities it already possesses (nuclear power, SSB, SLBM).

With the intensification of regional armed tension in Northeast Asia, South Korea’s newfound SLBM capability could be seen either as a new ace in the hole for defending its national security, or a new driving impetus for the escalating arms race between the US and China, and their respective regional allies.