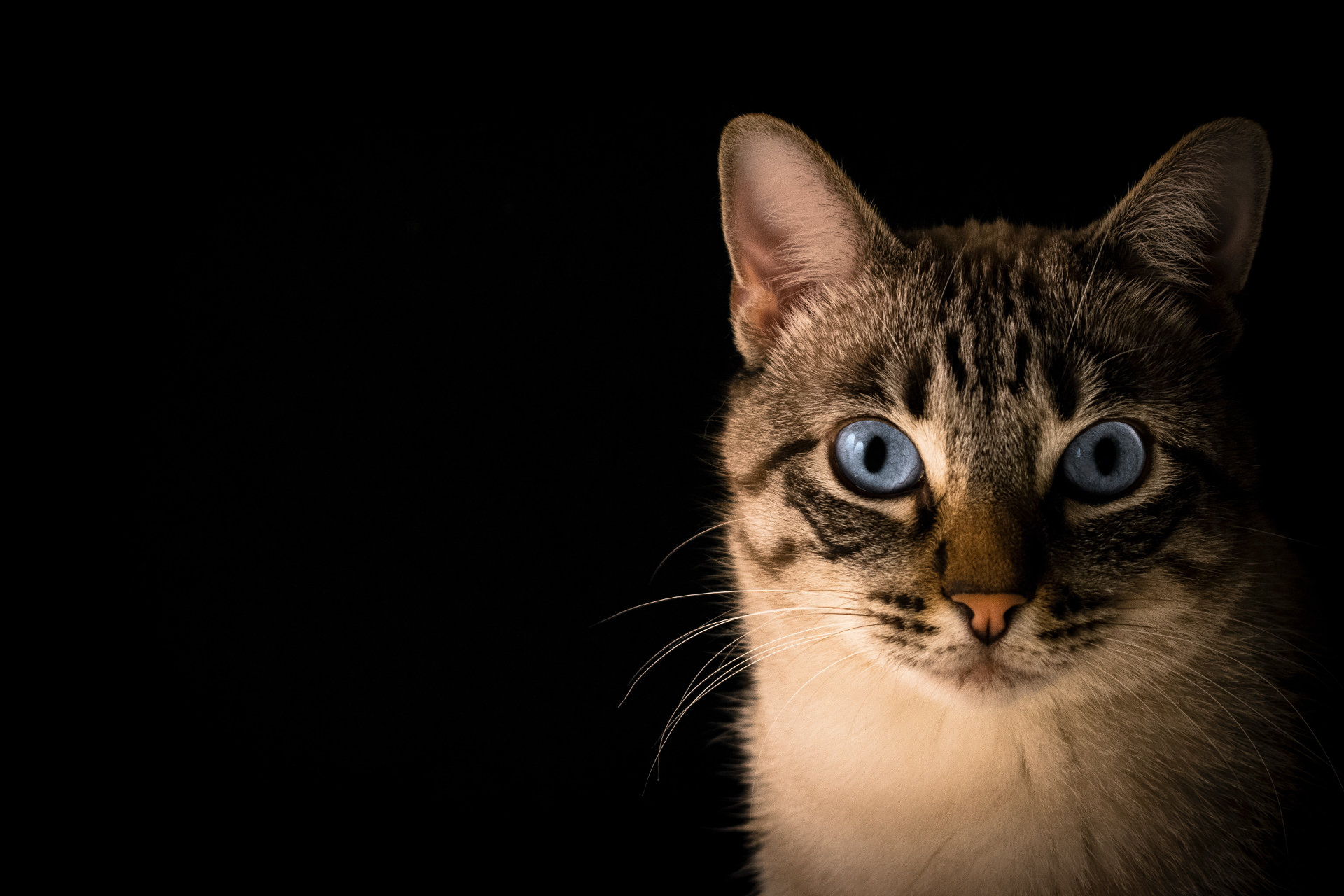 In the same way that leadership is ubiquitous within the Army, so too is followership.  Followership is happening all around us, every day, at all levels of hierarchy including from those at the very top.  However, if we continue to see followership as about the relationship between the leader and the led we’ll always see it as a phenomenon secondary to leadership.  If this continues we’ll fail to recognise and value followership and, worse, misrepresent it as leadership.  Ultimately, followership is a set of behaviours that encapsulate our commitment to the organisation, and can be defined as behaviour that supports the organisation.  People willingly and independently respond to expectations, decisions, policies, and rules, and how well they live by values and standards, is the true essence of followership.

Quality followership is what separates good and outstanding organisations, if only we’d stop dismissing it as beneath leadership.  We must stop being so captivated by leadership because it is hurting us as an organisation.  Our current understanding of followership is holding us back and acts as a barrier: to nurture quality followership we first need to recognise it in ourselves as individuals before we can enhance it in others.  This article explores a solution to this barrier.

Army Leadership Doctrine (ALD) defines followership as ‘the act of willingly following a leader’.  However, this definition is wrong because it limits the concept to being about a relationship between people.  Followership happens regardless of the leadership at play, often despite it and also in the absence of it altogether, because above all it looks to organisational goals.  ALD confuses the concept and should be far less constraining upon it.  We must not see followership solely as a relationship between positional leaders and their followers because this hinders its power and limits its potential.

It is vital that we overcome our followership illiteracy because, in many cases, the Army needs quality followership far more than it needs quality leadership.  Consider past and present units performing very highly despite having a particularly poor Commanding Officer in the hot seat.  Evaluate those moments you witnessed a soldier informally holding another to account for substandard behaviours.  What is happening here?  Followership is the fundamental reason we are able to say no to illegal orders.  It is also the antidote to toxicity and a catalyst for real change, not a concept about leaders’ amassing of more dedicated followers.  If this was better-understood by the Army, and readily embraced by all, we could reduce the need for Reasonable Challenge, Active Bystander training, and initiatives such as Op TEAMWORK.

Leadership and followership are not on a continuum, nor should they be considered two sides of the same coin.  They are best thought of as being in a state closely akin to a quantum superposition.  Followership, like leadership, is a set of behaviours.  Nothing more, nothing less.  Thinkers on the subject will likely conclude that leaders must readily relinquish power to those around them regardless of rank or position.

Leaders who attempt to control everything, who think they’re perfect, who do not listen to their teams, who micromanage, who are oppressive, who are self-interested, and who ignore real problems leave a trail of destruction behind them.  Consider how followership responds to poor leadership: people either accept the status quo, exacerbate it by actively supporting it, or engage in subterfuge.  All of these are devastating for the organisation and its people.  The sooner we recognise and enhance followership, the sooner we can take aim at the things that hold us back.  When we grasp this we can mitigate issues that our dangerously overzealous obsession with leadership brings.  We are not either leaders or followers. Schrödinger’s cat, I believe, is the best way to substantiate this statement.

Erwin Schrödinger was an Austrian physicist and theoretical biologist who, in 1935, devised a famous thought experiment to help describe how the universe works at a scale smaller than atoms (quantum mechanics).  His idea places a theoretical cat in a sealed area, isolated from the outside world. With the cat are additional items: a geiger counter, poisoned gas, and a radioactive substance.  After a while there is a 50% chance that one atom within the radioactive substance will decay and, if it does, the geiger counter will engage and release the poisoned gas – killing the cat.

According to Schrödinger, so long as his cat is isolated from the outside world, it is both alive and dead simultaneously due to the Copenhagen Interpretation.  This theory describes how an electron can be in two places at once, or move as a wave while being detected as a particle, because quantum particles do not exist in one state or another; they exist in all possible states simultaneously as a quantum superposition until the moment they are observed by an outsider.

From an individual perspective, every action we take in a professional setting is one of, initially, followership.  We’re doing what needs to be done, completing tasks and hitting deadlines, achieving goals and operating by the parameters set by the organisation.  And all the way, individuals are choosing their own level of discretion and commitment.  This is how we maintain operational effectiveness in the face of adversity, toxicity, and uncertainty.  This is why followership has always been, and always will be, so important.

Having said that, without first connecting with other people we cannot influence them.  Then, and only then, can the effect of influence upon others be described as leadership.  Leadership and followership simultaneously support the organisation but through different means.  Followership supports the organisation, leadership influences people.  So in any professional context, the moment our actions or behaviours influence other people is the moment those actions become leadership actions.  Until said moment, our actions and behaviours can be thought of in a similar way to a quantum superposition.

Because only one of these is about influence.  Notably, our individual followership capacity, like our individual leadership capacity, sits on a spectrum of terrible-to-outstanding.  Many leadership scholars place labels on types of followers based on their performance.  This can be largely disregarded since individuals constantly change.  It is bewildering that this happens since people always have been, and always will be, too complex to label.  Situations, tasks, timeframes, internal and external motivating factors (personal and organisational), and social constructs all matter; and in every circumstance a person’s commitment to the organisation is not fixed.

Leaders cannot themselves function without exhibiting followership behaviours.  All leaders, including the MOD’s Chief of the Defence Staff (CDS), enact followership as they go about their business every day.  The higher up the rank structure people go, the more they need to be in touch with ground level people—and listen to them—if they are to professionally succeed.  They may well be at the top of their game, but they simultaneously, and perpetually, work towards organisational goals.  Yes, CDS’ position places them firmly in positional leadership roles.  And everybody considers them to be our leader.  They also have formal and informal mentors, they have sponsors, and they report to somebody.  They actively listen to their subordinates, learn from them, willingly and necessarily take advice from them, and need them to inform decision-making.  They use followership to underpin their leadership.

Since followership is about commitment to the organisation, it has the power to subdue organisational ills such as racism, sexism, homophobia, hyper-masculinity, toxicity, selfishness, megalomania… the list goes on.  And leadership has limited power to tackle these. Removing followership barriers, such as poor doctrinal codification and poor recognition of it in ourselves, will allow people the freedom to operate in a discretionary, proactive, organisation-focused and truly forward-leaning way.

Followership behaviours between leaders and the led are reciprocal, not bottom up.  However, this is inevitably a leadership responsibility for two reasons:

From an organisational perspective, what really matters can be reduced to one consideration: How committed are our people to working consistently and sustainably near their capacity, and what can be done to improve operational effectiveness?  The answer lies within.  The more our leaders enact followership, the less burdensome their weaknesses are on everybody else.  When more individuals embody quality followership, others will do the same.  When this is recognised and rewarded, rather than dismissed and therefore unsupported by the organisation, it will grow exponentially.  If the Army wants its people to self-manage, to self-regulate, to contemplate, to be curious, to come up with creative solutions, to work in true unity, to drive the organisation forward by consistently adding real value; it might do well to recognise and nurture followership for the power it really is.

Before Schrödinger’s cat is placed in the sealed area it is, of course, very much alive in the day to day.  Much in the same way, before we influence other people we are enacting followership day to day.  When we start to mess around with sealing fictitious cats into boxes, or rushing to label people’s behaviour as anything other than followership, we must first interact with them in some way.  This is when the paradigm shifts.

Followership, then, is always present.  It is the one constant before we add stuff to it and view it in a different way such as leadership, management, peership, colleagueship or any other ‘ship’ that may come along.  Without followership we could not function as an organisation because it is what gets the job done.  Let’s think differently about our understanding of followership and let’s unlock and enhance it everywhere, because it is far more valuable than we give it credit for. 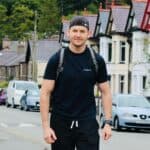 Phil Mitten has an interest in the lived experience of service personnel, much of his focus is on ground level leadership, followership, retention, and personnel development. He holds a Masters in Education with a leadership and management specialisation, and an Honours Degree in History.