”Success is not final, failure is not fatal: it is the courage to continue that counts.”

Because the nature of war remains constant across millennia, resiliency is one of the central attributes of successful commanders, individual service members, and units when confronted by surprise on the battlefield or shifts in the character of war.  Individual and organizational resiliency are irreplaceable elements in accomplishing tactical tasks, sustaining military operations, and accomplishing mission outcomes during overt hostilities.  In fact, resiliency is a recurrent theme with history offering multiple examples reaching back from antiquity to the modern era where initial setbacks during a battle or even a campaign did not result in ultimate defeat, just as victory is not guaranteed by early success.  This article examines why creating and sustaining resiliency matters to increase the odds of success in warfare.

Why Resiliency Matters: Lessons from History

Numerous great commanders including; Caesar, Marcus Aurelius, Henry V, Washington, Field Marshal Arthur Wellesley 1st Duke of Wellington, Grant, and Eisenhower among other leaders too numerous to name had to learn from surprise, shock or even failure and persevere through adversity.2  Major defeats also are attributable in no small measure to commanders who failed to meet this test.  Lieutenant-General Arthur Ernest Percival’s surrender to the Japanese 25thArmy under the command of Lieutenant-General Tomoyuki Yamashita at Singapore – the largest surrender in British military history – offers stark evidence of such leadership failure.3  This underscores that success, in no small measure, is contingent on the ability to prepare, adapt, and act decisively to overcome otherwise seemingly insurmountable challenges.

“The truly great leader overcomes all difficulties, and campaigns and battles
are nothing but a long series of difficulties to be overcome. The lack of equipment,
the lack of food, the lack of this or that are only excuses; the real leader displays
his quality in his triumphs over adversity, however great it may be.”

“The truly great leader overcomes all difficulties, and campaigns and battles

are nothing but a long series of difficulties to be overcome. The lack of equipment,

the lack of food, the lack of this or that are only excuses; the real leader displays

his quality in his triumphs over adversity, however great it may be.”

One need only look to the experience of Field Marshal William Slim (the 1st Viscount Slim) for unambiguous evidence that the ability to push forward with preparation, hard work, and learning from failure matters most in overcoming adversity and succeeding in battle.  Slim’s World War II experiences as a commander encompassed the full gamut from badly mishandling the 10th Indian Brigade’s attack on Italian forces on the Ethiopia-Sudan border in 1940, after assuming command mid-campaign and inheriting a disastrous operational situation he led his shattered British and Commonwealth forces in retreat from Burma to India in 1942 after the collapse of the Magwe-Taungdwingyi line, and finally directing the 14th Army’s successful counterattack in 1944 – 1945 culminating in Japanese defeat and the liberation of Burma.5  The experience of General David Elazar who commanded the Israel Defense Forces (IDF) as Chief of the General Staff during the Yom Kippur War with Egypt and Syria in October 1973 followed a similar pattern.  The IDF had an absolute intelligence failure to detect indicators of a potential attack, suffered strategic surprise, and survived initial tactical defeat.  The IDF nonetheless had sufficient resiliency to rally, stabilize on two fronts, and launch an operational counterattack enabling Israel to survive a near existential catastrophe.6  Simply put, the arc of Slim’s career demonstrates that there is no substitute for resilience in warfare.7  As George Washington recognized by ordering Thomas Paine’s The American Crisis written following the retreat from New York and New Jersey read to the Continental Army in December 1776: “The harder the conflict, the greater the triumph.”8.  The need for resiliency to achieve success in warfare is implicit in this statement.  Hence, resilience is simultaneously a psychological and a physical construct.  Psychological, in the sense, that it involves innate mental toughness and will, so it is possible to confront shock or fear and persevere.  Physical because it involves the ability to mobilize sufficient forces and material to sustain operations under adverse conditions.  Both the psychological dimension and the physical dimension of resilience are necessary but not automatically sufficient to ensure triumph in facing the challenges posed by a difficult conflict.  However, the absence of resiliency is sufficient to become overwhelmed by the inevitable ‘fog of war’ thereby ensuring failure when confronted with surprise and shock on the battlefield.9

Having established the clear importance of resiliency to success in warfare, this section summarizes a set of potential building blocks to successfully create and sustain resiliency.  Although we do not maintain they are exhaustive, they are broadly applicable being grounded in the lessons of history and reflect current scientific knowledge.

Cognitive resilience – especially strong executive function capability – provides the underpinnings for the critical psychological element necessary to respond successfully to surprise and setbacks in the battlespace.  Executive function encompasses a set of neurocognitive skills that includes working memory, flexible thinking, sound judgment, and self-control that allow individuals to plan, focus attention, remember instructions, cope with risk, deal with failure or lack of success, and simultaneously perform multiple tasks.  The weight-of-evidence demonstrates that psychological resilience is due to a combination of biological and environmental factors; that is the interplay of nature and nurture on the working of the mind.10  The biological dimension (i.e., nature) comprises the effect of individual genomic and proteomic attributes (e.g., brain chemistry).11  The environmental dimension (i.e., nurture) comprises the effect of social, cultural, educational, normative, and other life experiences starting with childhood on the ability of an individual and groups to endure stress and uncertainty while performing at a high level.12  In part, military training and doctrine dating back to antiquity embody the assumption that environmental  – including the desire to receive unit or service acceptance and approval thereby aligning the individual with a collective identity – are somewhat malleable and leverageable to enhance human performance.

How then can militaries create conditions for individual cognitive resilience which inevitably impacts leadership and unit performance?  And, do those conditions that optimize cognitive resiliency differ from current doctrine and practice?  In other words, is there a small and, therefore, manageable disconnect between doctrine/practice and the historical evidence from the battlefield or does current doctrine and practice fail to deliberately select for, elicit, or enhance those characteristics which make an individual cognitively resilient?  Answers to those questions have profound implications for recruitment, training, retention, and promotion thereby impacting the likelihood of success in navigating the inevitable fog of war (i.e., uncertainty in situational awareness experienced during military operations) to achieve tactical or campaign objectives.13 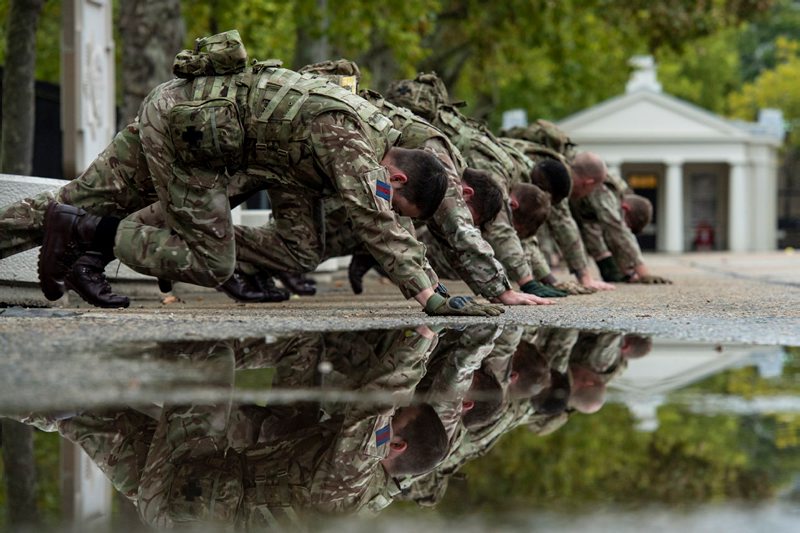 Hence, the definition of physical resilience is not simply a matter of metrics such as brain oxygenation or cardiovascular function; those are important indices of health but instead the capacity to function physically and execute military functions consistent with the individual’s role and mission under stress in specific real-world circumstances.15  Answering this question without a default reliance on universal standards as a metrics incorporates an explicit understanding that junior personnel spend more time on physical fitness than senior personnel whose role and duties typically do not require the same level of absolute physical as opposed to cognitive fitness.  For example, General Sir Arthur Currie – commander of the 1st Canadian Division and subsequently commander of the 1st Canadian Corps during World War I – was a large, soft looking man sometimes referred to as ‘the pear shaped general’ who lacked charisma. Currie also indisputably was one of the finest tactical and operational level commanders of WW I.16  On balance, especially as warfare evolved away from commanders leading at the front, generating appropriate physiological outcome metrics for physical resilience that adequately buttresses rather than impairs cognitive resilience under stress requires detailed answers to the questions: What type of war are you fighting (e.g., terrain, climate) and what is your role in the war (i.e., aviator, ground combat, combat support, staff)?

Although resiliency does not guarantee victory, history is littered with examples where the absence of resiliency on the part of commanders and their troops ended in defeat.  No military, however, prepares for or enters overt hostilities assuming it will lose.  The challenge, therefore, is inherent in the operational life cycle of military organizations spanning recruitment, training, and deployment.  Simply put, as this article demonstrates, unless military units pro-actively create and sustain cognitive and physical resilience that responds quickly to change in the domains and character of war then success in the battlespace is subject to reliance on chance to literally snatch victory from the jaws of defeat.

James L. Regens is Regents Professor and Director of the Center for Intelligence and National Security – an Intelligence Community Center for Academic Excellence – at the University of Oklahoma. 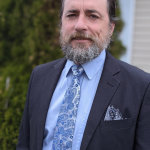